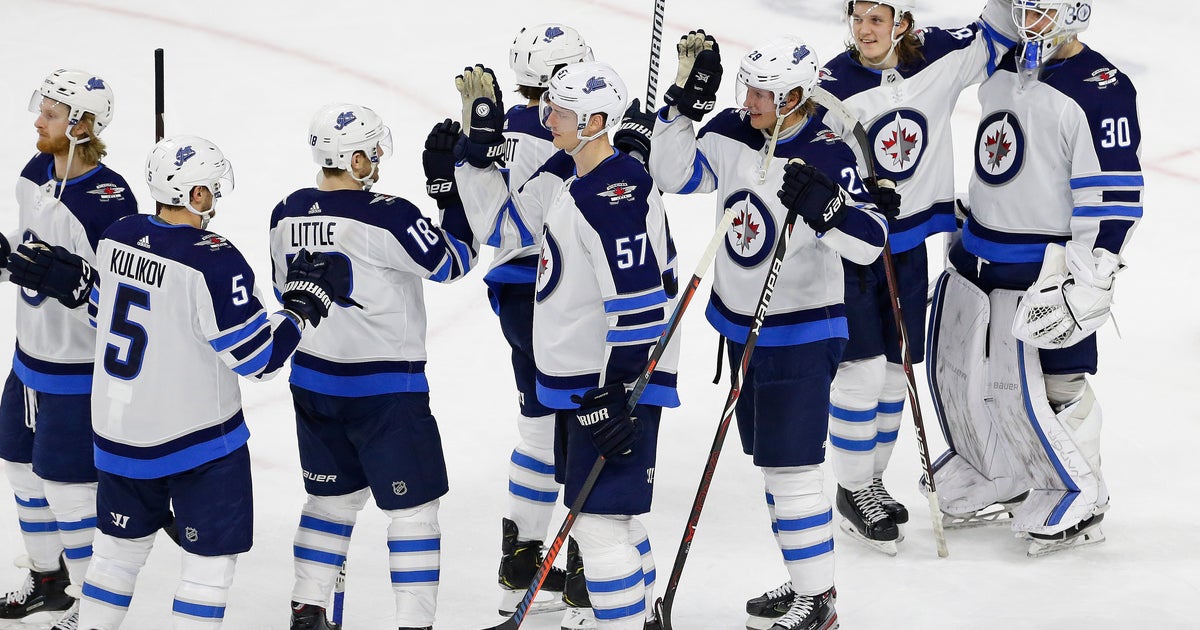 RALEIGH, N.C. (AP) — Andrew Copp scored twice, Nikolaj Ahlers had a goal and two assists, and the Winnipeg Jets rode a four-goal first period to an 8-1 win over the Carolina Hurricanes on Friday night.

Kevin Hayes, Blake Wheeler, Kyle Connor and Ben Chiarot each had a goal and an assist. Adam Lowry also scored as Winnipeg posted its largest victory of the season.

Laurent Brossoit made 28 saves and Winnipeg moved ahead of idle Nashville into first place in the Central Division.

Curtis McElhinney stopped only 21 of 29 shots for the Hurricanes. Greg McKegg scored their lone goal midway through the third period.

Hayes, Wheeler and Chiarot all scored in the first 10 minutes to set the tone immediately.

Hayes got it started when his initial shot hit Hurricanes defenseman Brett Pesce in the shin. Hayes took a whack at the carom in midair and batted the puck in under McElhinney’s right pad.

Wheeler made it 2-0 when he kept the puck on his tape despite being hooked by Nino Neiderreiter and skated around McElhinney’s left for a shot at the open net.

After Justin Williams and Dmitry Kulikov got sent off to make it 4-on-4, Chiarot skated in free from the point to the slot, took a centering pass from Connor and fired a wrist shot over McElhinney’s right shoulder to make it 3-0 with 10:44 still to go in the first.

Ehlers added the final goal of the period in the waning minutes when he skated in untouched from the blue line and fired a one-timer off a pass from Hayes under McElhinney’s right pad.

The Hurricanes’ habit of letting players skate untouched into the slot continued beyond the first. With 31 seconds left in the second period, Jack Roslovic’s shot was kicked out by McElhinney, only for a trailing Copp to grab the rebound and fire it into the net without so much as a poke check thrown his way.

It spiraled from there. Connor, Copp and Lowry all found the net with less than seven minutes to go, making it Carolina’s most lopsided loss of the season.

Jets: At the Washington Capitals on Sunday.

Hurricanes: At the Nashville Predators on Saturday.