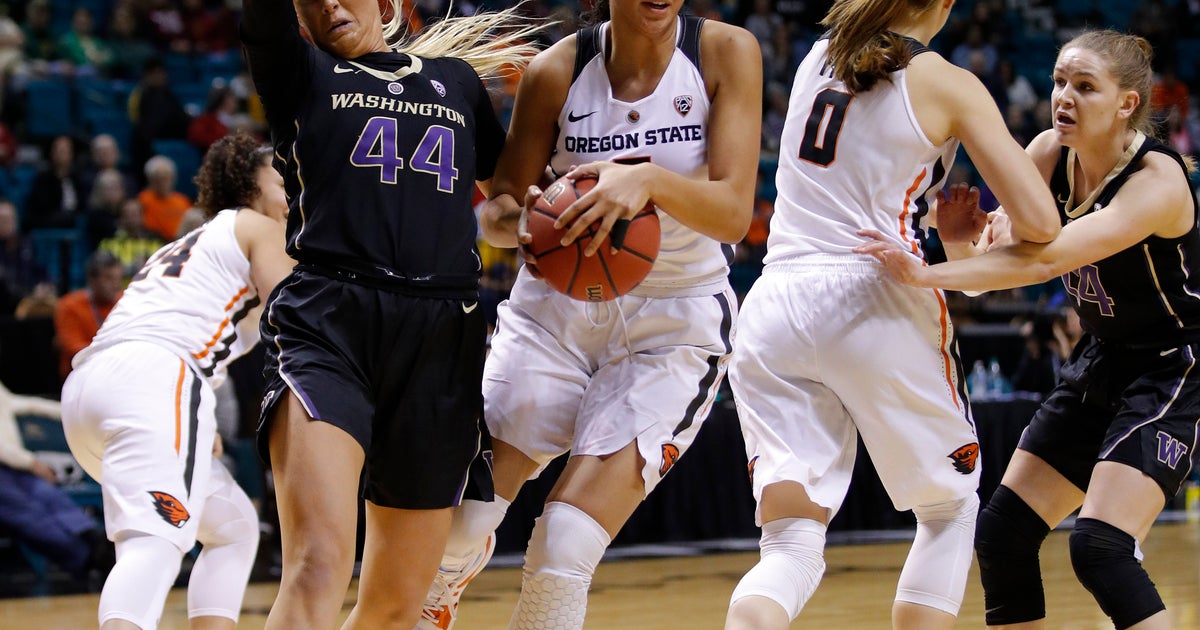 LAS VEGAS (AP) — Missy Peterson hit a deep 3-pointer with 2.3 seconds left to lift Washington to a stunning 68-67 upset of No. 11 Oregon State in the Pac-12 Tournament quarterfinals on Friday night.

The victory continued the Huskies‘ shocking run as they became the first 11-seed to reach the semifinals since 2012 when Washington State did it. Next up is seventh-ranked Stanford.

With the game tied at 65, Peterson inbounded the ball and got it right back five feet behind the 3-point line draining the 3-pointer. She fell down raising both fists in the air in excitement as her teammates jumped on her. The officials reviewed the play and gave a technical foul to Hannah Johnson for coming off the bench with time still on the clock.

Aleah Goodman hit the free throws from the technical foul, but then her final shot from well behind the 3-point line was short at the buzzer setting off a wild celebration from the Huskies.

Trailing 55-53 midway through the fourth quarter, Peterson hit consecutive 3-pointers during an 8-0 run that gave Washington its biggest lead of the game. Joanna Grymek got Oregon State within four with 4:10 left. Melgoza hit a floater in the lane to make it 63-57 with just under 2 minutes left.

Oregon State scored six of the next seven points to get within 64-63 after Mikayla Pivac hit two free throws with 19.5 seconds left. Melgoza converted the second of two free throws a second later to make it a two-point game. Pivec answered with a spinning layup with 4.9 seconds left setting up the crazy finish.

This was the second year in a row that Oregon State (24-7) lost as a three-seed in its opening game of the tournament.

The Beavers were up 14 points in the second quarter before Washington scored the final 10 points of the half to close to 37-33 at the break. Darcy Reese, who hit just seven 3-pointers on the season, made four in the first half. She finished the game with 16 points and 10 rebounds.

The Huskies continued that run and took a 51-46 lead late in the third quarter before the Beavers scored the final five points, including a 3-pointer from the top of the key just before the buzzer by Pivic that tied the game, setting up the exciting final quarter.