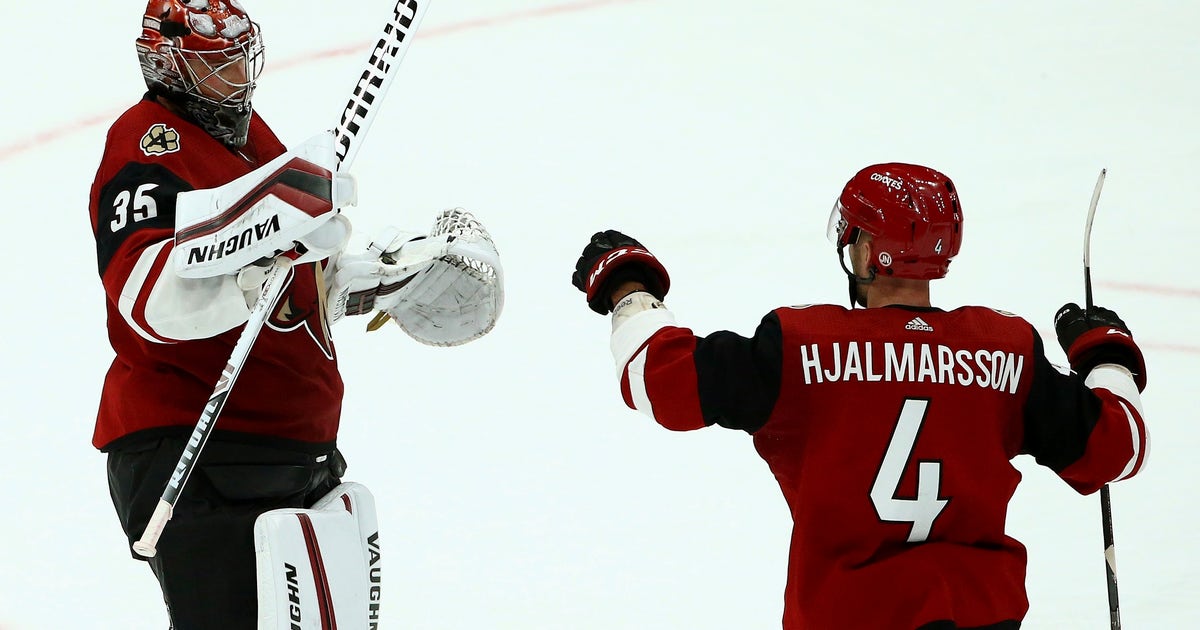 GLENDALE, Ariz. (AP) — The Arizona Coyotes have the NHL’s lowest payroll and have suffered injuries like no other team in the league. They should be at the bottom of the standings, talking about yet another rebuilding season.

Rick Tocchet has them headed in a different direction.

With a consistent message and an honest approach, Arizona’s second-year coach has the Coyotes within reach of their first playoff appearance in seven years and put himself in the mix for the Jack Adams Award.

“He’s done a spectacular job,” Pittsburgh Penguins coach Mike Sullivan said. “When you’re look at the injuries the Coyotes have gone through, he continues to get the most out of the players and I’m sure has them embracing that challenge. Toc deserves a lot of the credit because the players are taking their cues from him. He’s the leader.”

Tocchet had a not-so-successful two-year stint as Tampa Bay’s head coach before spending three seasons as an assistant under Sullivan in Pittsburgh, where he won two Stanley Cups.

The Coyotes hired Tocchet, their former player, in 2017 to turn around a franchise that had not been to the playoffs since reaching the 2012 Western Conference Finals and consistently was one of the NHL’s worst teams.

Then the injuries hit — and kept hitting.

Goalie Antti Raanta was a big one. He was playing well after an injury-plagued first season but lasted just 12 games this year because of a season-ending lower-body injury.

Three of Arizona’s four regular centers — Christian Dvorak, Nick Schmaltz and Brad Richardson — went down with injuries. Dvorak and Richardson recently returned, but Schmaltz is out for the season.

Defenseman Jason Demers returned this week after missing nearly four months, as did forward Michael Grabner after sitting out two months with an eye injury.

Through the injuries and returns, the Coyotes have somehow started playing some of their best hockey.

Arizona enters Saturday night’s game against the Los Angeles Kings with seven wins in eight games and is three points out of the Western Conference’s final playoff spot. The Coyotes struggled at home most of the season but are 5-1 during a current seven-game homestand at Gila River Arena.

Tocchet has been the rudder through the choppy ice.

“I’m a puzzle guy; it’s almost like every day you try to put a puzzle together,” said Tocchet, who played for the Coyotes from 1998-2000. “We’re a defend-first team and if we can defend well and break out well, we can stay competitive. We can’t outscore teams and I think guys have embraced that.”

Tocchet has done it by getting the most out of his players and with an honest approach.

Because of the injuries, the Coyotes were forced to bring up players who were not expected to be in the NHL this early. With the help of Arizona’s veteran leadership, Tocchet has offered encouragement and plain-truth assessments of the younger guys, prodding them to excel despite being out of their comfort zones.

“He’s an ex-player and he really understands the situation we’re in and he can relate to a lot of guys in the room,” Coyotes third-year defenseman Jakob Chychrun said. “I think when you have a coach you can talk to and just have open discussions with, it goes a long way. He’s done a great job, and you see all our injuries and for him to keep having guys step up in their roles, it’s huge. That’s kept us in it and he does deserve that credit.”

If the Coyotes keep this up, Tocchet may get plenty of credit after the season is over.

By navigating the onslaught of injuries and a roster built with the league’s lowest payroll, Tocchet has become one of the top candidates for the Jack Adams Award as the NHL’s top coach.

Former Washington Capitals coach Barry Trotz may be the front-runner with what he’s done with the New York Islanders, but Tocchet is at least in the conversation by putting a team with the most man-games lost in the NHL within reach of a playoff spot.

“One thing I love about our team is we’re a close-knit group,” Tocchet said. “There’s a lot of noise around our team and it’s important to ignore the noise, whether it’s good or bad. We just have to stay even keel. I’m not a roller coaster guy and we have to stay in the moment.”

Nice deflection, but his former boss said there’s no question Tocchet should be in the Jack Adams mix.

“I don’t know how he couldn’t be with what he’s done with that team to keep them in the race in a difficult playoff race,” Sullivan said. “He’s done a terrific job.”