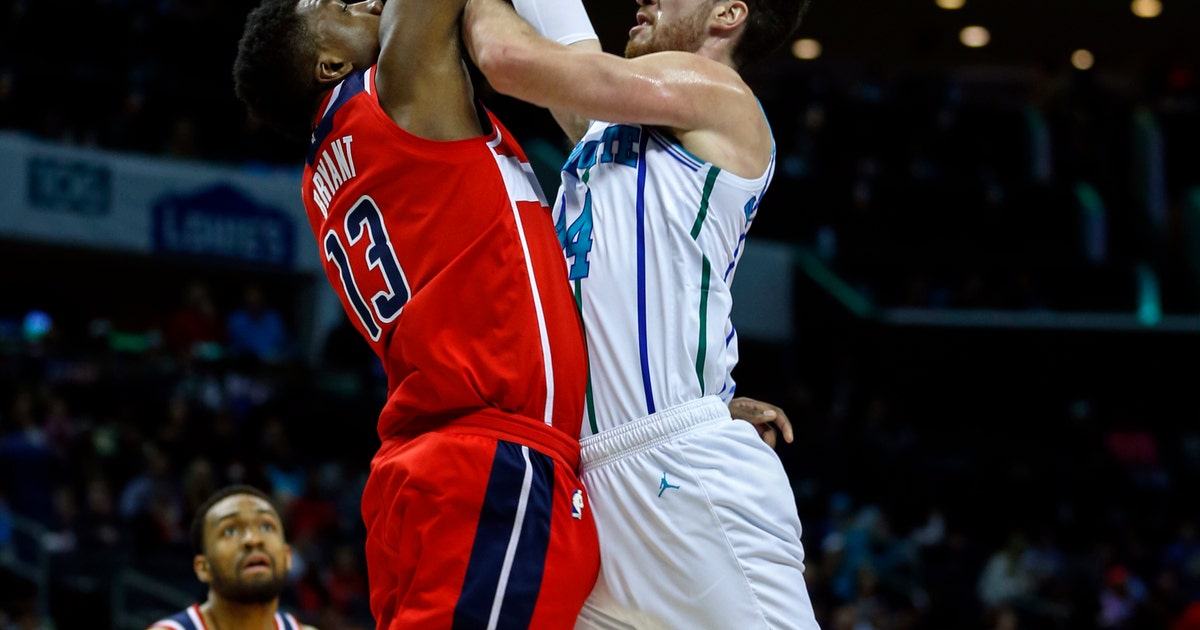 CHARLOTTE, N.C. (AP) — Marvin Williams scored a season-high 30 points on seven 3-pointers, and the Charlotte Hornets snapped a five-game home losing streak with a 112-111 win over the Washington Wizards on Friday night.

Williams was 7 of 10 from beyond the arc and had seven rebounds as the Hornets got a much needed win to remain in the hunt for the eighth spot in the Eastern Conference playoffs.

Jeremy Lamb had 19 points and 10 rebounds and made a go-ahead 3-pointer in transition with 50.9 seconds left, the 14th and final lead change of a nip-and-tuck game. Kemba Walker added 18 points for Charlotte but again struggled from the field shooting 6 of 19.

Bobby Portis had 23 points and nine rebounds for the Wizards, who have lost eight of their last 10.

After Lamb’s 3-pointers from the left wing, Bradley Beal failed to convert a jumper on the other end. Portis grabbed the loose rebound, but was blocked in the low post by the smaller Lamb. Portis screamed for a foul, but no call was made.

After a timeout by Charlotte, Walker appeared to rush a 26-footer from the top of the key and the Wizards grabbed the rebound and called timeout with 11 seconds left. On the ensuing inbounds pass, Beal drove from the corner to the lane, but his shot was altered and Nic Batum stripped Portis of the rebound to seal the win.

Along with shooting 10 of 16 from the field, Williams had some big plays for the Hornets.

In the first half, he grabbed an offensive rebound and stuffing it home hard with one hand, bringing the crowd to its feet. A few minutes later, he added some big time help on defensive end rejecting Beal on a drive to the hole.

Wizards: Portis had 28 first-half points against the Hornets earlier this year on this same court when he played for the Bulls. … Outrebounded 52-45.

Hornets: Michael Kidd-Gilchrist saw his first action in four games, but it didn’t last long as he left in the second quarter with a left knee strain and did not return. … Shot 3 of 19 from 3-point range in the first half.

Wizards: Visit Timberwolves on Saturday night before returning for a five-game homestand.