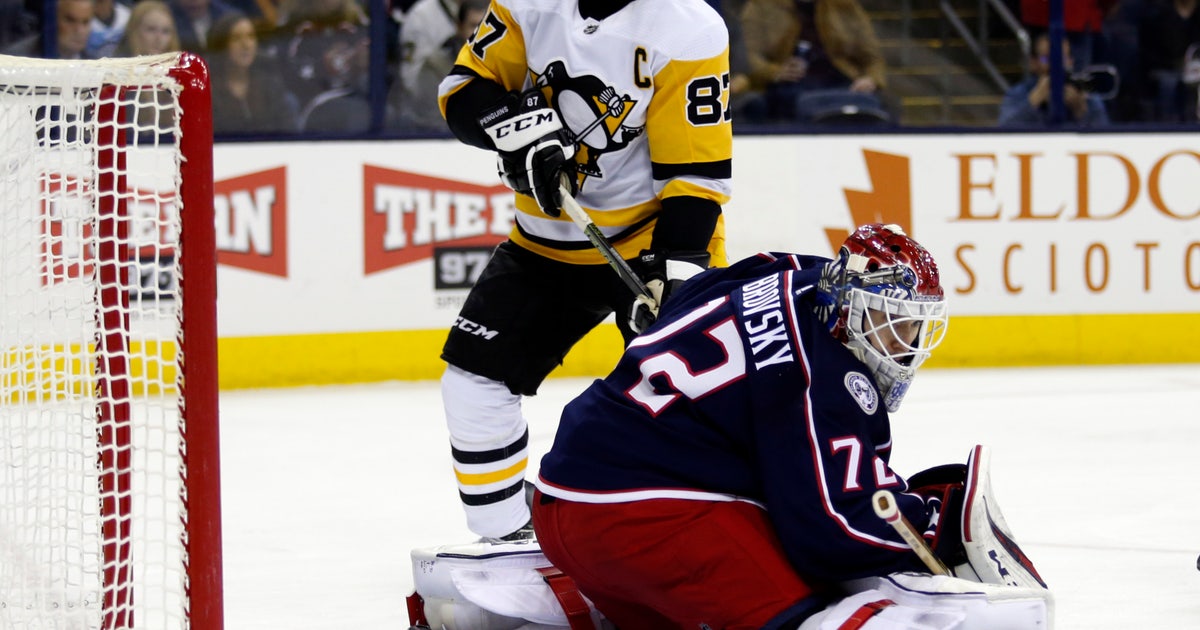 Boone Jenner and Oliver Bjorkstrand also scored for the Blue Jackets. They had lost four of their last six — including a 3-0 loss to the Penguins on Thursday night — and desperately needed a win to stay in the mix for an Eastern Conference wild-card playoff spot. Columbus started the day two points below the wild-card line.

Zach Aston-Reese scored for Pittsburgh in the second period and Matt Murray, starting his seventh straight game, had 29 saves.

Bobrovsky, who was a healthy scratch Thursday, bounced back with an exceptional game against the Penguins, who were 4-0-2 in their last six and started the day in third place in the Metropolitan Division.

Jenner went into the box for slashing 20 seconds into the game, then made up for it by taking a feed from Josh Anderson on a rush and beating Murray to give the Blue Jackets the lead 2:31 into the game.

Atkinson scored a short-handed goal early in the second when Pittsburgh’s Phil Kessel went sprawling and the Columbus winger found himself with a loose puck and an open net. He snapped it in over Murray for his team-leading 37th goal of the season.

Pittsburgh pulled it back to a one-goal game at 6:39 of the second when Zach Aston-Reese took Evgeni Malkin’s pass on the doorstep and beat Bobrovsky.

Bjorkstrand tapped in the insurance goal off a short pass from Ryan Dzingel with 3:01 left, and Atkinson got his 38th of the season when he added an empty-netter at the 1:49 mark.

NOTES: Kessel played in 314th straight game for Pittsburgh, the second-longest streak in franchise history. Craig Adams holds the record with 319. … Anderson got his 100th career NHL point. … Atkinson has 12 career short-handed goal, two short of the franchise record. … Columbus last beat Pittsburgh in the regular season on Feb. 17, 2017 (2-1 in overtime). … Malkin has a nine-game points streak against the Blue Jackets. … Columbus is 27-5-2 this season when scoring the first goal.

Pittsburgh: At Boston on Sunday night.