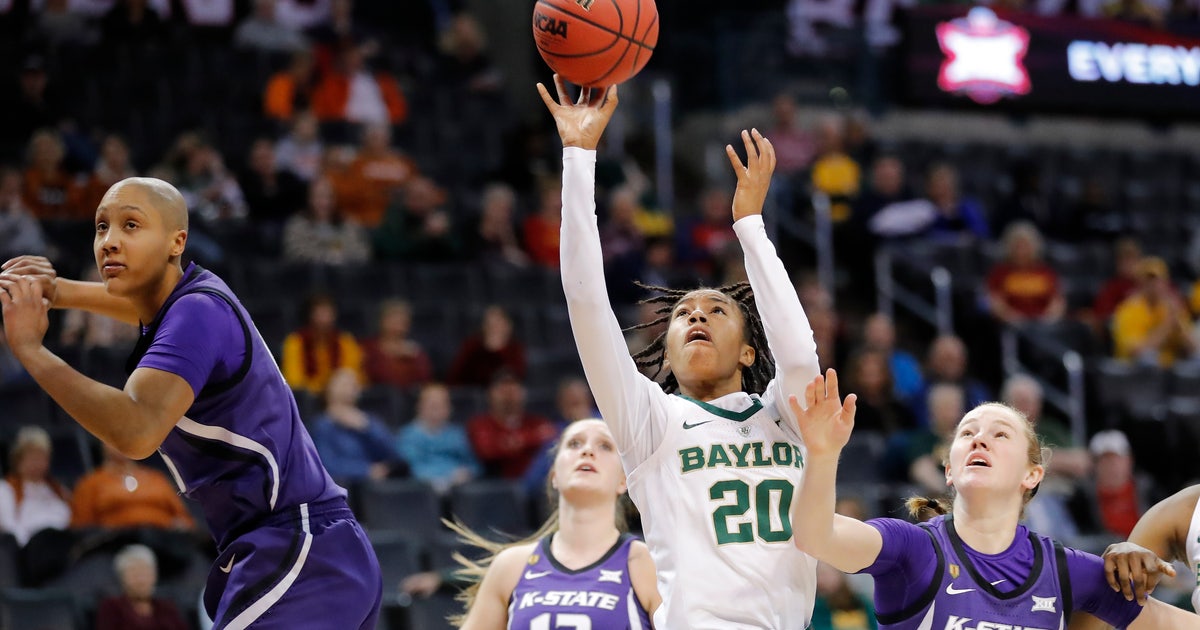 OKLAHOMA CITY (AP) — Kalani Brown scored 23 points in 21 minutes, and No. 1 Baylor breezed past Kansas State 88-60 in a Big 12 tournament semifinal on Sunday.

Juicy Landrum scored 19 points and Lauren Cox had 18 points, 15 rebounds and eight assists for the Lady Bears (30-1), who won their 22nd straight game. Baylor shot 45 percent from the floor and outrebounded the Wildcats 54-32.

Baylor (30-1) will go for its ninth tournament title in 11 years on Monday night against either No. 19 Iowa State or No. 21 Texas.

Peyton Williams and Christianna Carr each scored 12 points for Kansas State (21-11), which had its six-game winning streak snapped.

Kansas State jumped out to a 14-7 lead in the early minutes, but Baylor rallied and led 21-18 at the end of the first quarter.

The Lady Bears held Kansas State to 18-percent shooting in the second quarter to take a 47-29 halftime lead. Brown was flawless in the first half — she scored 14 points on 6-for-6 shooting in 11 minutes. Cox had 10 points and 10 rebounds at the break.

Kansas State coach Jeff Mittie grew frustrated with the officiating and was called for a technical foul in the final minute of the second quarter.

Baylor extended its advantage to 32 in the third quarter and led 76-45 at the end of the period.

A skirmish in the fourth quarter led to double technicals for Brown and Kansas State’s Jasauen Beard, but Baylor had the game well in hand at that point.

Kansas State: The Wildcats appear to be secure in their quest for an NCAA Tournament berth. They entered the day No. 30 in the RPI rankings. This loss won’t hurt their chances.

Baylor: The Lady Bears once again rolled past an overmatched team — they pounded Texas Tech 100-61 in the quarterfinals on Saturday. It’s a good sign for a team that likely won’t see top competition for at least a few rounds in the NCAA Tournament.

Kansas State likely will play in the NCAA Tournament.

Baylor will play in the championship game on Monday night.