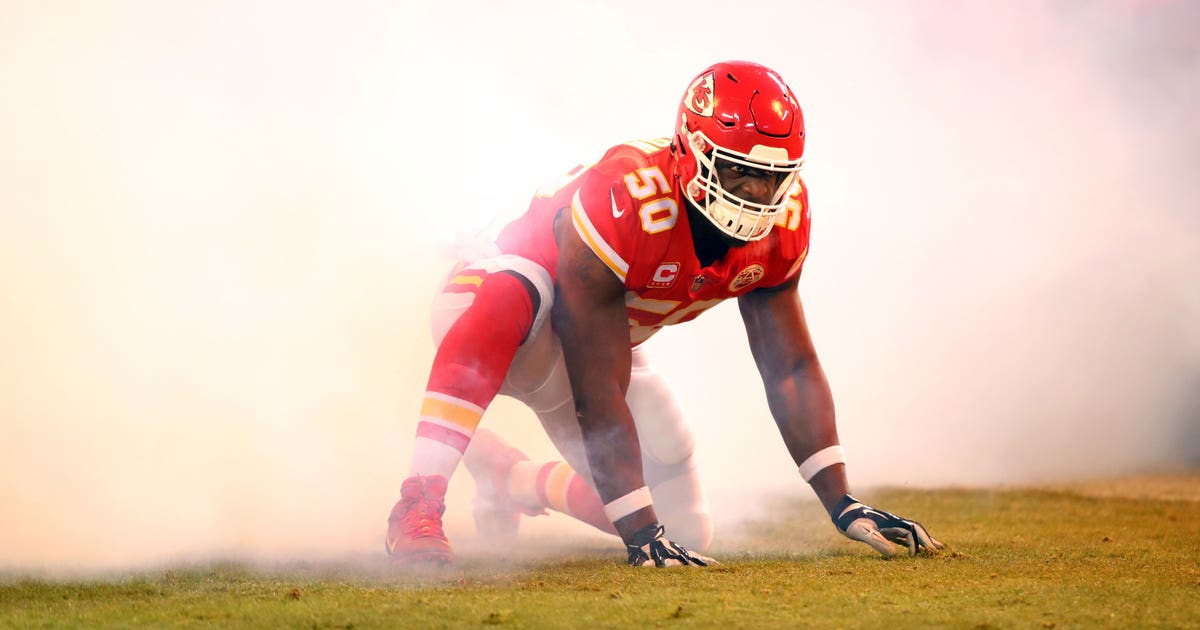 The Kansas City Chiefs released veteran linebacker Justin Houston on Sunday after they were unable to drum up enough trade interest, ending the tenure of one of the best pass rushers in club history.

The Chiefs had made it clear they would trade or release Houston this offseason, primarily because of his cost. He was due $15.25 million and carried a salary cap hit of $21.1 million, numbers that would have made it nearly impossible to make other much-needed upgrades to their defense.

The move means the Chiefs will free up $14 million and make the four-time Pro Bowl selection a free agent when the period begins Wednesday. The Chiefs will also take on $7.1 million in dead money.

“Justin has made a lasting impact on this franchise and I can’t thank him enough for his contributions over the years,” Chiefs general manager Brett Veach said in a statement.

“These decisions are never easy,” Veach said. “I have a great deal of respect for Justin as a player and person and I wish him and his family the best moving forward.”

The 30-year-old Houston was a third-round pick of the Chiefs out of Georgia who quickly became a fan-favorite, not to mention one of the team’s most visible leaders. He wound up starting 96 of the 102 games he appeared in over eight seasons, and his best season came in 2014, when Houston shattered the franchise record with 22 sacks and was voted a first-team All-Pro.

He parlayed that season into a $101 million, six-year deal in 2015 that was at the time a record for a defensive player. But he has been slowed by injuries the past four seasons, and despite continuing to pile up sacks, Houston has been unable to keep up the pace that landed him the lucrative deal.

As the Chiefs try to rebuild one of the league’s worst defenses, and provide some help to one of the NFL’s best offenses, it became apparent that Houston’s days in Kansas City were numbered.

“Over the last eight seasons we’ve had the ability to watch Justin grow into a leader on and off the playing field,” Chiefs chairman Clark Hunt said. “His passion helped him become one the most successful pass rushers in franchise history. We appreciate his contributions to our team and community.”

He should have no shortage of suitors after seasons of 9 1/2 sacks two years ago and nine more last season, provided he convince a club that he can remain healthy. Houston has experienced with elbow and knee injuries that have allowed him to play 16 games in a season just twice.

The Chiefs used their franchise tag on fellow pass rusher Dee Ford, though it’s possible they could still trade him. Other premier edge rushers that were franchised include DeMarcus Lawrence, Jadeveon Clowney and Frank Clark, and that could create a more robust market for Houston.

Working against him is the fact pass rusher may be the most stacked part of April’s draft.

“You can never have enough of that,” Veach said. “It’s a really intriguing class. I think it’s been mentioned multiple times throughout the first few days, the defensive line this year is really deep. There are a lot of players, pass-rushers, interior pass-rushers, run players, there’s a lot of depth at that position. I certainly think there will be a lot of names from those defensive players called early on.”