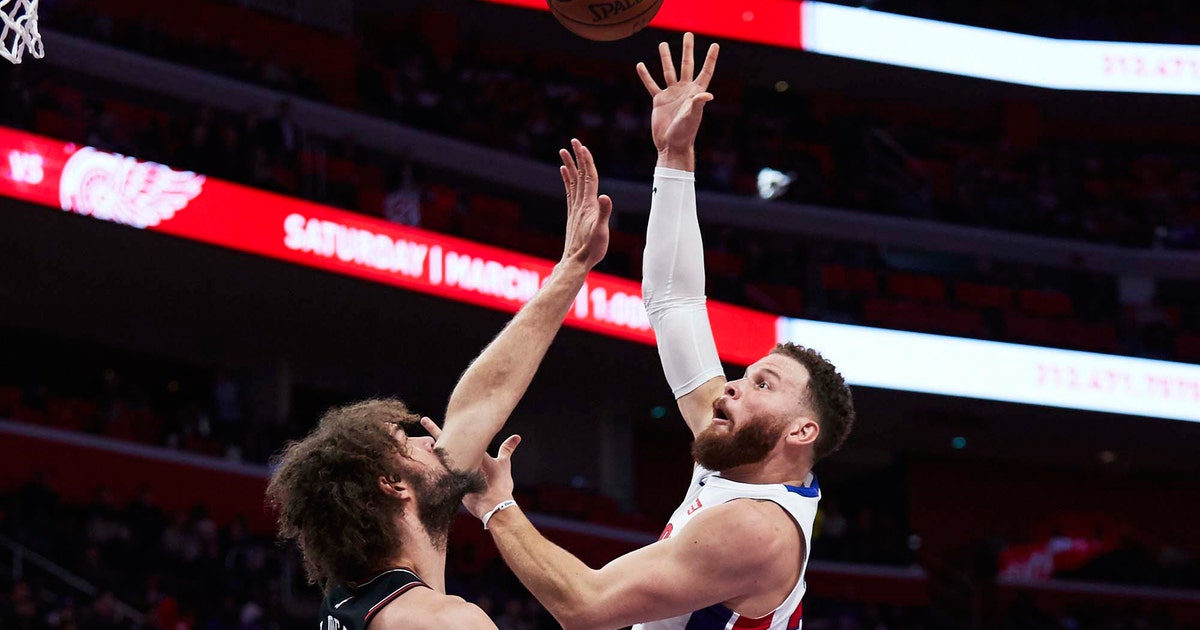 DETROIT (AP) — Blake Griffin scored 17 of his 28 points in the third quarter as the Detroit Pistons routed the Chicago Bulls 131-108 Sunday for their fifth straight win.

Detroit has won 12 of 14 to take a half-game lead over Brooklyn for the sixth seed in the Eastern Conference. The Pistons and Nets play Monday night in Brooklyn.

The Bulls have lost four of five, including twice to Detroit in three days.

Chicago played without Zach LaVine, who missed the game with a right patellar tendon strain. Wayne Selden led the Bulls with 18 points while Otto Porter Jr. and Lauri Markkanen scored 17 each.

Detroit started the second half with an 11-2 run, including seven points from Griffin, to move the lead to 15 points. Griffin and Drummond combined for 26 points in the third quarter, which the Pistons finished with a 103-80 lead.

Bulls: The game started at noon in Detroit, but due to the switch to daylight saving time and the Bulls changing time zones, the start was at the equivalent of 10 am for them. The Bulls only dressed 10 players.

Pistons: Langston Galloway has hit 12 straight 3-pointers over three games . Rookie Bruce Brown missed the game with a sprained right ankle and was replaced in the starting lineup by Glenn Robinson III.

Pistons: Play at the Brooklyn Nets on Monday.