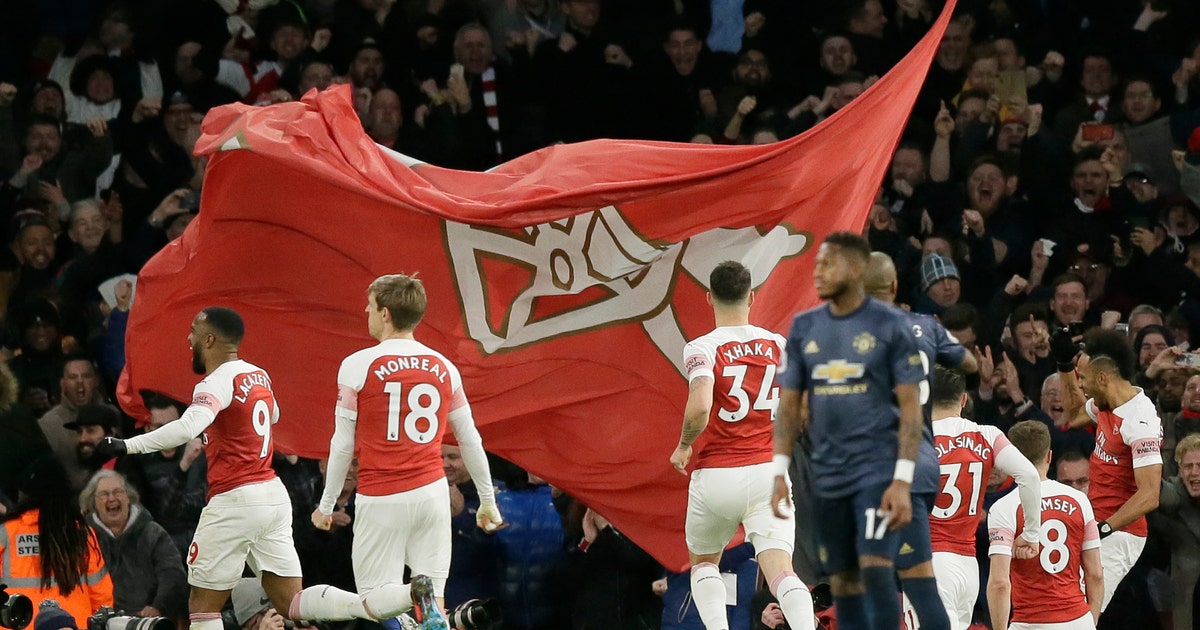 LONDON (AP) — Soaked by the rain swirling around Arsenal’s stadium, Ole Gunnar Solskjaer watched helplessly as his dream Premier League start as Manchester United manager was brought to a halt on Sunday.

After 12 unbeaten matches across three months since Jose Mourinho’s firing, United finally lost in the league under the interim manager.

Granit Xhaka’s swerving — potentially wind-assisted — strike flew past goalkeeper David de Gea in the first half and Pierre-Emerick Aubameyang netted a second-half penalty to give Arsenal a 2-0 victory.

These sides were once slugging it out for the title in the era of Alex Ferguson and Arsene Wenger. Now they are in a chase for fourth place. Arsenal displaced United in the final Champions League qualification spot, sitting two points in front.

The title challenge is down to two teams, and Liverpool trimmed Manchester City’s lead back to a point after coming from behind to beat Burnley 4-2.

Chelsea, which won the title two years ago, remains down in sixth place after behind held 1-1 by Wolverhampton but is only one point behind United.

It was a day of flashpoints of fan unruliness in English soccer.

In the second-tier Championship, Aston Villa captain Jack Grealish was punched by a fan who ran onto the field at Birmingham. Grealish went on to score in the 1-0 derby win for Villa.

A supporter also managed to invade the Emirates Stadium pitch after Aubameyang scored, pushing United defender Chris Smalling in an attempt to join the celebrations before being stopped by stadium security.