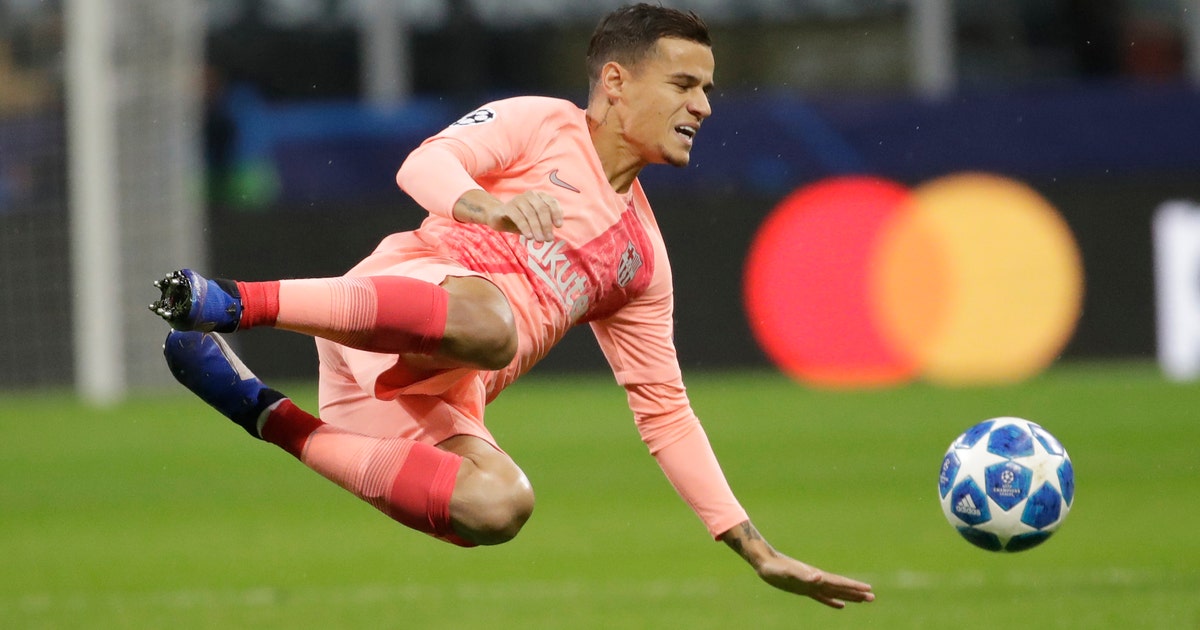 MADRID (AP) — More than a year after arriving as one of Barcelona’s most expensive signings, Philippe Coutinho is still struggling to play up to expectations.

The Brazil midfielder hasn’t been able to show the type of playmaking ability that made him a star at Liverpool and prompted the Spanish club to sign him in a transfer that could reach 160 million euros ($180 million).

“He cost a lot of money, obviously, so the expectations are very high,” veteran Barcelona defender Gerard Pique said. “It’s just the way it is. You have to accept the criticism from the fans. But as teammates we will continue to give him all the support in the world. We need him to be at his best for the rest of the season, and I’m confident that he will be.”

Coutinho’s struggles have been so evident that there’s even talk about him possibly returning to the Premier League in the near future.

The 26-year-old Brazilian has scored only three goals since November, all coming in the Copa del Rey. His last league goal came in October in the team’s 5-1 rout of Real Madrid at the Camp Nou.

He was jeered by many of the Barcelona fans at the Camp Nou on Saturday when he was substituted by Ivan Rakitic late in the team’s 3-1 win over Rayo Vallecano in the Spanish league.

It was another poor performance by the player Barcelona hoped could help make up for the departure of Neymar to Paris Saint-Germain in 2017.

Ousmane Dembele, another expensive signing by the Catalan club following Neymar’s transfer, has been taking more advantage of his opportunities and has become a regular starter in the attack along with Lionel Messi and Luis Suarez.

Coutinho, meanwhile, remains mostly on the sidelines despite at times showing flashes of his world-class talent. Many expected the Brazil international to play a bigger part in midfield when Andres Iniesta left at the end of last season, but Coutinho remained relegated to a secondary role, making the lineup mostly in Copa del Rey matches.

“He is going through a phase that we’ve all gone through before,” Barcelona right back Nelson Semedo said. “He is giving his best and we will keep helping him.”

Coutinho wasn’t able to establish himself as a key piece for coach Ernesto Valverde even when Messi was out for several weeks because of a broken arm.

“We are in a club where the demands are very high,” Valverde said. “But you don’t have to pay too much attention to it. Coutinho is always fighting. You can see how he has been working hard. The secret is to try to persevere.”

A streak few expected from Casemiro came to an end on Sunday. The tough defensive midfielder was sent off for the first time in his six seasons with Real Madrid.

Casemiro was shown a second yellow card for keeping an opponent from taking a free kick in the 80th minute of Madrid’s 4-1 win at Valladolid.

The 27-year-old Brazilian has played more than 100 matches with the Spanish club.