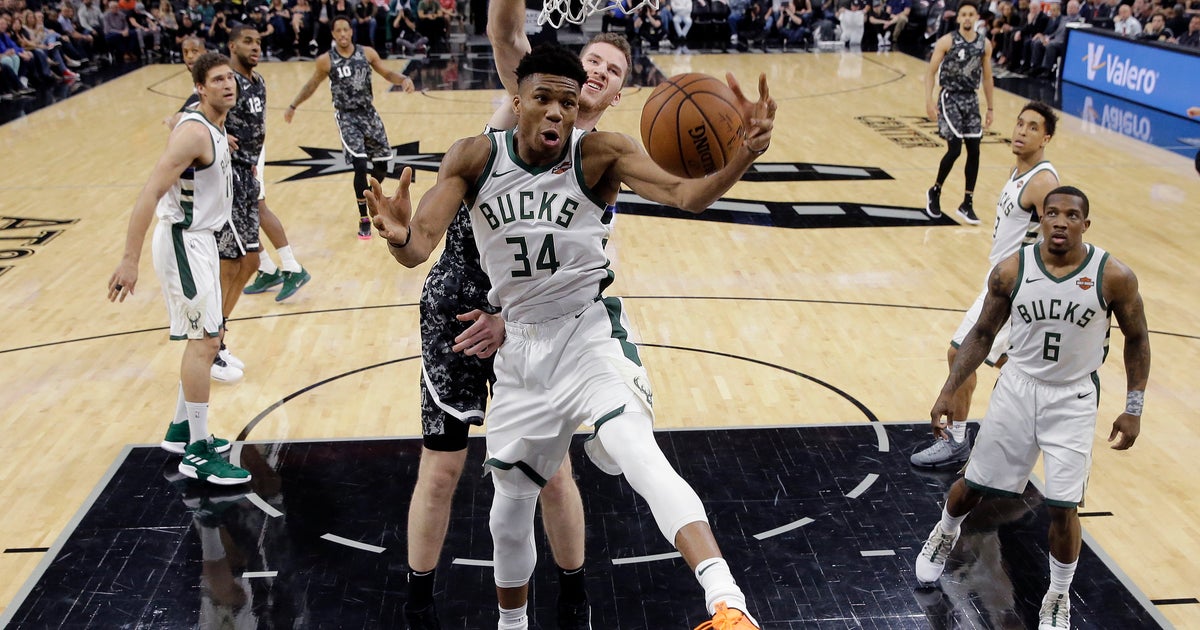 SAN ANTONIO (AP) — LaMarcus Aldridge had 29 points and 15 rebounds, DeMar DeRozan added 28 points and the San Antonio Spurs overcame a 15-point deficit in the first quarter to beat the Milwaukee Bucks 121-114 on Sunday night for their fifth straight win.

San Antonio has beaten the top three teams in the East at home after topping Philadelphia in December and Toronto in January.

Milwaukee’s lead atop the Eastern Conference was cut to two games ahead of Toronto.

Bledsoe scored nine points during an opening 11-4 run as San Antonio started the game 2 for 10 from the field.

The Spurs were without third-leading scorer Rudy Gay, who missed the game due to an undisclosed illness, but the reserves stepped up in his absence.

San Antonio shot 11 for 27 on 3-pointers, with reserves Marco Belinelli (4 for 8) and Patty Mills (4 for 7) combining for most of the 3s. Belinelli and Mills both finished with 16 points.

The Spurs’ bench sparked a 20-7 run bridging the first and second quarters to cut the Bucks’ lead to 36-35 after trailing by as many as 15 points in the opening period.

San Antonio opened the second half on a 17-4 run while holding Milwaukee to one field goal in the opening five minutes.

Aldridge’s eighth 3-pointer of the season gave the Spurs their first lead of the game at 67-64 with 8:41 remaining in the third quarter.

San Antonio outscored Milwaukee 33-23 in the third quarter and opened the fourth on a 10-1 run to solidify control of the game.

Bucks: Former Spurs center Pau Gasol was honored before the game with a video highlighting his 18-year career with the Grizzlies, Bulls, Lakers, Spurs and the Spanish national team, as well as his charitable work. Gasol signed with Milwaukee after accepting a buyout from San Antonio on March 1. . The Bucks had won two straight in San Antonio with their previous loss coming Dec. 2, 2015. . Milwaukee is 23-12 on the road this season, the league’s second-best mark behind Golden State (21-11).

Spurs: The game was delayed nearly a minute after a bat flew above the court and buzzed past Bucks guard Pat Connaugton’s head. The Spurs’ mascot, The Coyote, emerged in a Batman costume with a net along with a stadium worker and scared the bat to the rafters of the AT&T Center. . Gay has missed 12 games this season, including one for rest. He has also sat out due to injuries to his right heel (three games), right wrist (six) and right ankle (one). The Spurs are 4-7 without Gay. . Aldridge had 15 rebounds, giving him 7,815 for his career to move past Hall of Famer Oscar Robertson for 72nd in league history. Robertson had 7,804 over 14 seasons with Cincinnati and Milwaukee. . Mills is the only Spurs player with 120-plus 3-pointers in five seasons.

Bucks: At Dallas on Tuesday night.