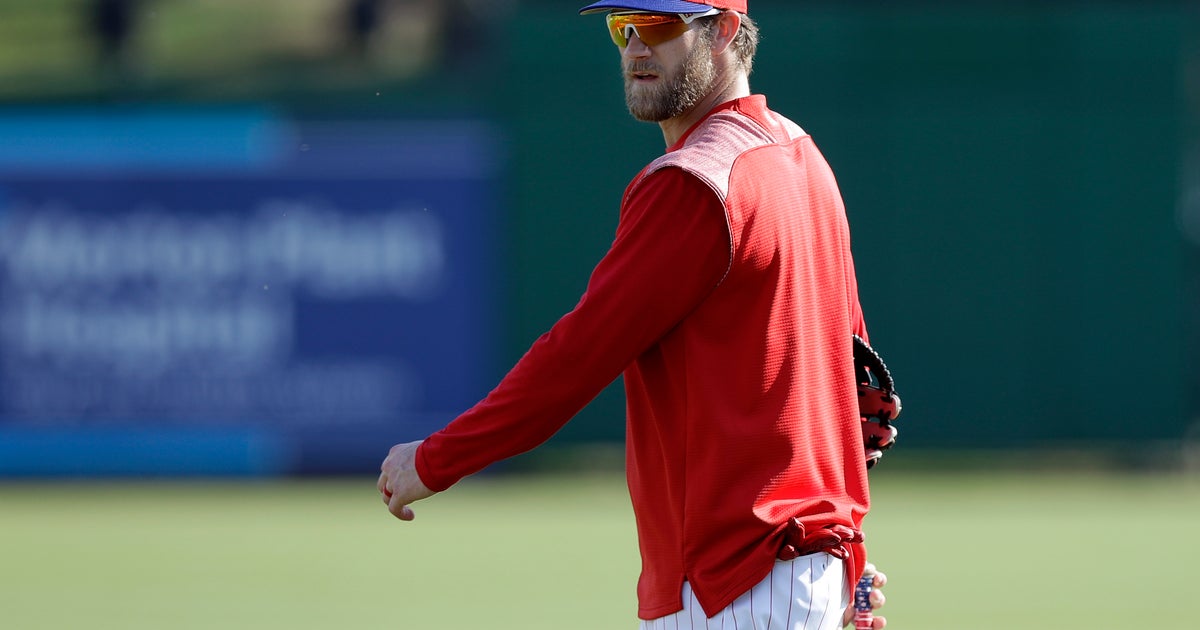 CLEARWATER, Fla. (AP) — Bryce Harper played the outfield for the first time since signing a record $330 million, 13-year contract with the Philadelphia Phillies.

Harper started in right field Monday against Tampa Bay. He took a 96 mph fastball for strike three in the first inning from AL Cy Young Award winner Blake Snell, then walked in the fourth after Andrew McCutchen and Jean Segura hit consecutive homers off Jalen Beeks.

Harper caught two fly balls and cleanly played a double high off the wall during four innings of defense.

He was a designated hitter Saturday in his spring training debut and walked twice against Toronto. He did not play Sunday.