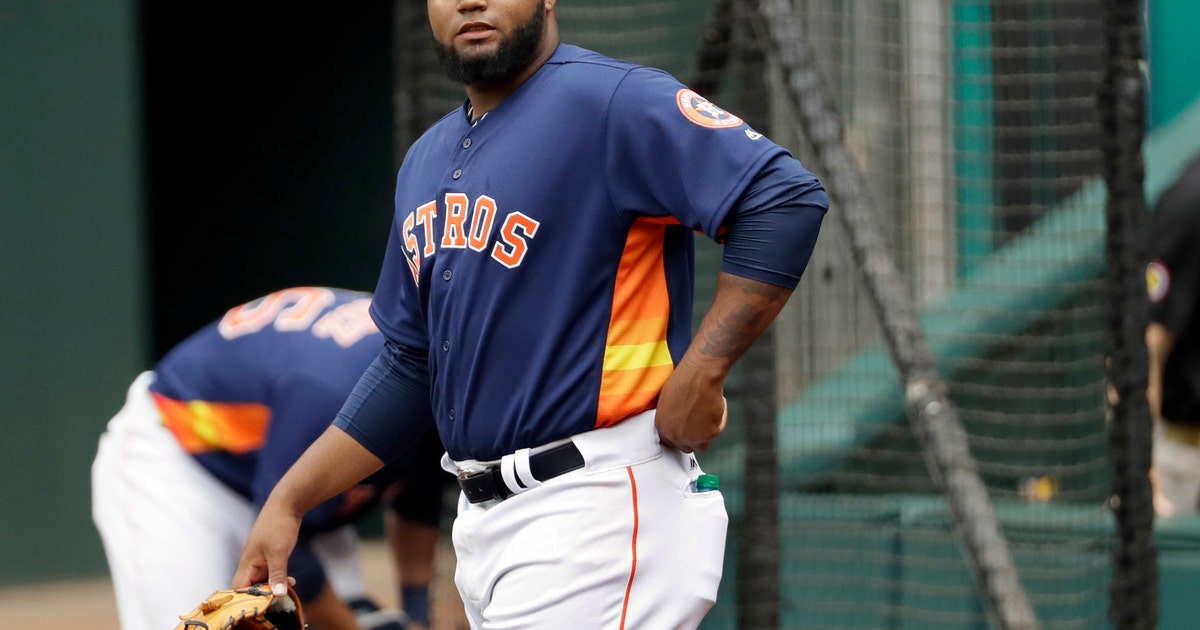 The anti-estrogen substance is used in fertility treatments and is employed by men to accelerate testosterone production. It is taken along with steroids to inhibit estrogen problems.

Houston says in a statement “we hope that Francis can learn from this experience and that he returns to have a successful career.”

A 23-year-old right-hander, Martes was considered the Astros’ top prospect entering 2017 and made his major league debut that June. He was 5-2 with a 5.80 ERA in four starts and 28 relief appearances for the Astros, striking out 69 and walking 31 in 54 1/3 innings.

He made four starts last April for Triple-A Fresno, hurt his elbow, and made a one-inning injury rehabilitation appearance for the Gulf Coast Astros on Aug. 2. He had Tommy John surgery on Aug. 15 and was expected to miss most or all of this season.