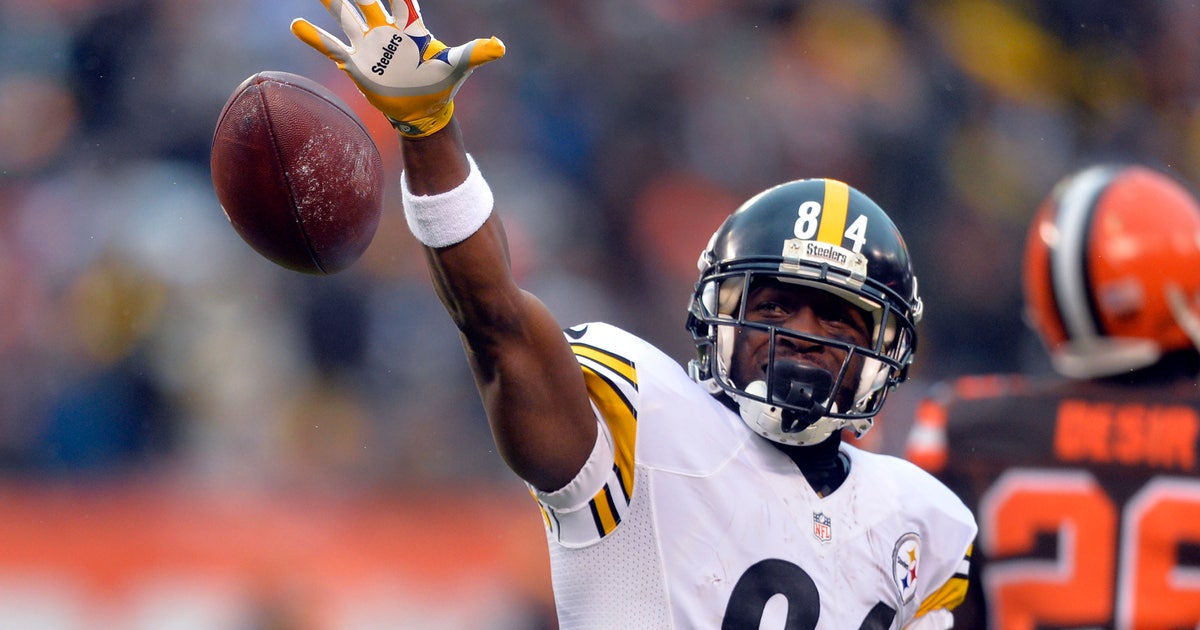 Some of Antonio Brown’s antics are impossible to defend.

Livestreaming from the locker room after a playoff win. Disappearing for two days right before the crucial season finale of 2018. Showing no respect for the coach who spent so much time defending his eccentricities.

But demanding a new contract?

In a league that still balks at fully guaranteeing a player’s financial security, Brown rightfully seized on his ugly breakup from the Pittsburgh Steelers to land a lucrative new deal from the Oakland Raiders.

For a star player, these are the best moments to secure their financial future.

If not, they could wind up like Justin Houston.

The four-time Pro Bowler was due to make $15.25 million this season. Kansas City decided that was too much. When no one was willing to trade for Houston and his big contract, the Chiefs handed him a pink slip.

No one derided Kansas City for a lack of loyalty to one of the best pass rushers in club history, a guy who’s averaged nearly 10 sacks a season over his eight-year career.

Houston recently turned 30 years old, his production tailed off the past few seasons, and the Chiefs needed to free up cap money that can be used to make other much-needed upgrades to their defense.

But Brown’s trade to Oakland, which will be completed when the free-agency period officially begins Wednesday, was roundly excoriated by those who had cheered him for the last nine seasons in Pittsburgh.

At least one Steelers fan had already burned his No. 84 jersey in the fireplace when it became clear a month ago that Brown didn’t want to play for the team anymore. (Wouldn’t it have made more sense to donate the black-and-gold garment to charity?)

Plenty of others grumbled at Brown’s tactics, saying he didn’t deserve to land a three-year, $50.125 million contract from the Raiders — a raise of more than $11 million over what he was set to make with the Steelers — after bailing on the city where an obscure, sixth-round pick transformed into one of the game’s most dominating receivers.

Local radio personality Mark Madden tweeted: “If anyone thinks it was OK for AB to skip out on Wk 17 & ditch his teammates when the Steelers were still in the playoff race to grease his exit & sharpen his pursuit of more $, that’s sad. But we’re in an era where many athletes care a lot about money & not at all about winning.”

Gerry Dulac of the Pittsburgh Post-Gazette added, “Do not blame Steelers for getting ONLY a third- and fifth-round pick for Antonio Brown. Blame Antonio Brown. He created a skeptical and reluctant trade market with his insubordination, narcissistic behavior and money threats.”

Again, it’s hard to argue with those who say Brown didn’t handle this messy situation the right way, but none of us knows exactly what went on behind the scenes. There were clearly issues between Brown and Ben Roethlisberger, perhaps going all the way back to the quarterback’s handling of a botched national anthem demonstration in 2017.

But, whatever we think of AB, there are bigger issues at play here.

Owners across the league are surely sweating a bit after watching Brown score a clear-cut victory over one of their brethren in a system that has always been tilted greatly against the players.

Brown got just what he wanted: a new contract and a new team. The Steelers, on the other hand, were forced to accept pennies on the dollar for one the league’s best players. Making matters worse, they’ll take a massive cap hit for someone who is catching passes for another team next season.

Randy Moss believes other stars can take a page from Brown’s disgruntled playbook to get what they want.

But the Hall of Famer also noted that most players are still largely at the mercy of the owners.

“If you are an elite player in the NFL, then I think yes, this is the approach you can take out of Antonio Brown’s book,” Moss told ESPN. “If you’re a guy just waiting to get a little contract, just to remain on the team, don’t take Antonio Brown’s approach because you’ll find yourself at home. This approach is not for everyone.”

No one really knows what it all means for the upcoming labor talks, which figure to be highly contentious.

In a perfect world, this would help to drive the two sides together to reach an agreement on guaranteed contracts.

For the owners, it would remove the incentive and justification for stars to cause an AB-sized ruckus. For the players, there should be a willingness to take a bit of hit on the top end of the salary scale as long as the entire membership benefits from greater financial security.

Wouldn’t that be something?

Brown’s ugly departure from the Steel City helps broker a labor deal that makes everyone happy.