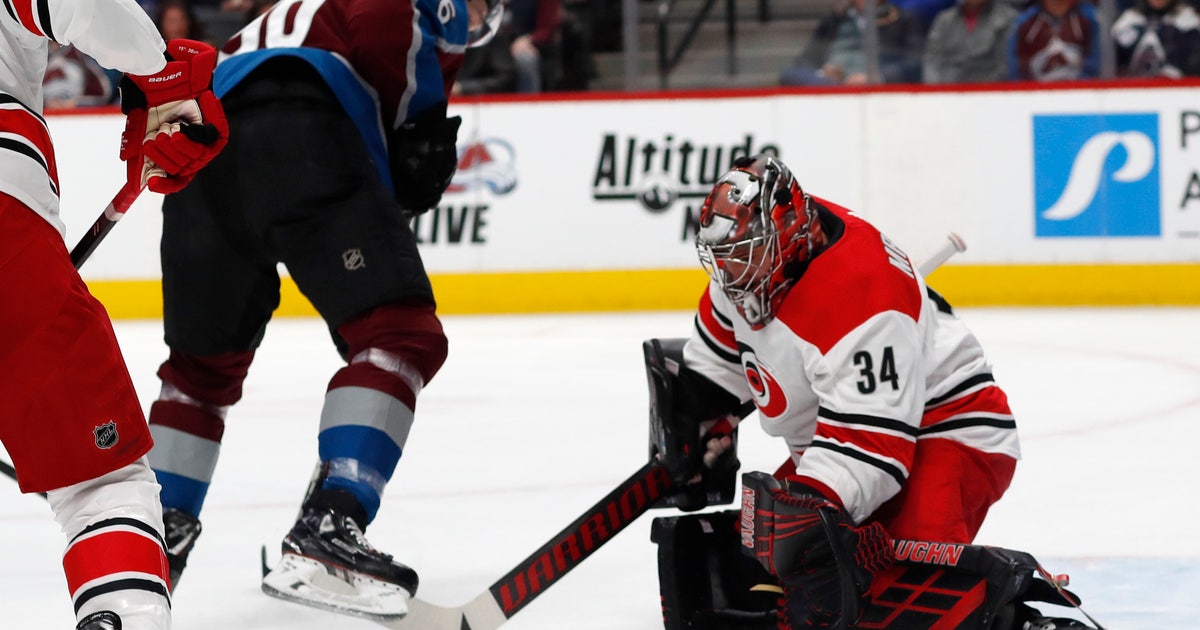 DENVER (AP) — Andrei Svechnikov had two goals and an assist, Petr Mrazek stopped 38 shots and the Carolina Hurricanes earned a rare win at Pepsi Center by beating the Colorado Avalanche 3-0 on Monday night.

Defenseman Dougie Hamilton also scored as the Hurricanes won in Denver for just the second time in 13 games since Colorado moved into its longtime home for the 1999-2000 season.

Mrazek’s fourth shutout of the season propelled the Hurricanes into a tie with Pittsburgh for third place in the Metropolitan Division. Carolina currently holds the tiebreaker.

Philipp Grubauer turned back 30 shots. He was back in net over Semyon Varlamov after shutting out Buffalo on Saturday.

Hamilton scored his 13th goal of the season on a delayed penalty. Defenseman Erik Johnson tripped Svechnikov near center ice, with Justin Williams sending the puck over to Hamilton, who lined a shot over Grubauer’s glove.

The Hurricanes have proven nearly automatic with a lead going into the final period, improving to 28-1-2.

Svechnikov made it 2-0 at 7:08 of the third period, which was plenty of cushion for Mrazek. His biggest save was robbing Colin Wilson of a goal midway through the third period. Mrazek stopped Wilson’s wrist shot with his pad and then reached behind to bat it away with his stick.

It was that sort of night for Mrazek, who made 13 saves in the third period. Svechnikov later added an empty-netter.

Carolina withstood two penalties in the first period, including a delay call on defenseman Calvin de Haan for knocking the net off its pegs. The Hurricanes nearly scored the game’s first goal at 11:24 when Svechnikov skated in and sent a shot off Grubauer. On the play, he pushed Grubauer into the net as Jordan Staal lined in a rebound. The officials immediately disallowed the goal for incidental contact.

The Avs remain without captain Gabriel Landeskog, who is sidelined for at least a month with an upper-body injury.

“You can’t replace him,” defenseman Tyson Barrie said. “We owe it to him to get some wins and do everything we can to get in the playoffs and give him a chance to come back.”

NOTES: Hurricanes C Sebastian Aho had his nose bloodied in the first period on a hit. … De Haan took a stick to the face at 13:13 of the third period. He suffered a cut near his right eye and didn’t return. … Carolina improved to 20-13-3 on the road this season. It’s tied for third-most road wins in franchise history.

Hurricanes: At Columbus on Friday.