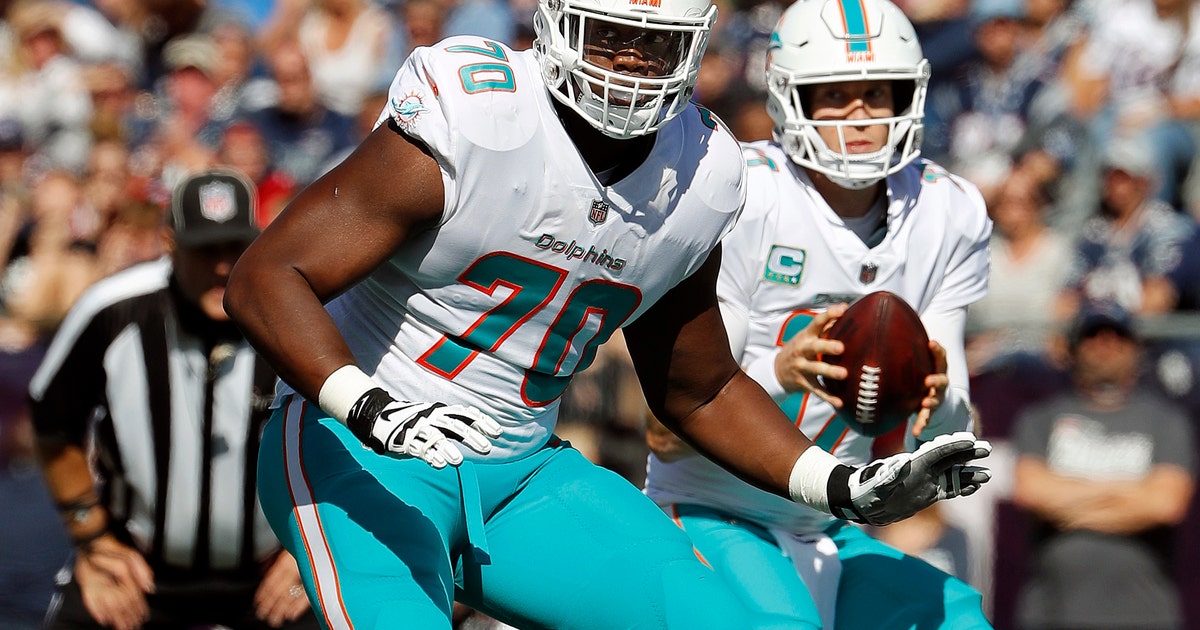 ENGLEWOOD, Colo. (AP) — John Elway cycles through quarterbacks and head coaches at a dizzying rate. Yet, what’s really an annual rite of spring in Denver is his shuffling of the Broncos‘ offensive line.

After hiring his fourth head coach in six seasons and swapping out quarterbacks again this offseason, the Broncos general manager targeted Ja’Wuan James in free agency, luring the ex-Dolphins lineman with a four-year deal worth up to $51 million, making him the NFL’s highest-paid right tackle.

James’ arrival coincides with the departure of two of Denver’s own free agents, center Matt Paradis to the Panthers (three years, $27 million) and swing tackle Billy Turner to the Packers (four years, $29.5 million).

Jackson replaces Bradley Roby, a former first-round pick who agreed to a one-year, $10 million deal with Houston after an awful first season as a starter in Denver last year following Aqib Talib’s trade to the Rams.

Jackson is the kind of sure tackler and hard hitter that new head coach Vic Fangio favors, and James is a player the Broncos coveted for new O-line coach Mike Munchak. James also played under new assistant O-line coach Chris Kuper for the last three years in Miami.

Elway traded a fourth-round pick to Baltimore for Flacco, then shipped incumbent Case Keenum to Washington along with a 2020 seventh-rounder for a 2020 sixth-rounder in a pair of deals that became official Wednesday.

Keenum was a disappointment in Denver, going 6-10 after leading the Vikings to an 11-3 record and the NFC championship game in 2017. It wasn’t all his fault, however — he lost his top receiver, two top tight ends and three O-line starters to injuries.

Elway has had a tough time building a solid offensive line.

Twice, he signed two veteran O-linemen only to watch them get hurt or fizzle out.

In 2016, he signed tackles Russell Okung and Donald Stephenson. The Broncos declined Okung’s option after one middling season and Stephenson started 16 games over two seasons before his release. In 2017, the Broncos signed tackle Menelik Watson and guard Ronald Leary. Watson started seven games and was cut the following August, and Leary sustained a season-ending torn Achilles in Week 6 last season.

Elway has also selected at least one offensive lineman in each of his eight draft classes so far. His hits include Orlando Franklin and Paradis. Philip Blake and Vinston Painter were major misses and 2017 first-rounder Garett Bolles, who leads the league in holding calls over the last two seasons, is Munchak’s major reclamation project this offseason.

The secondary also was a primary need for the Broncos, who released safety Darian Stewart and had three cornerbacks who are unrestricted free agents and a fourth, Brandon Langley, who is switching to receiver.

Jackson was the most versatile cornerback on the open market. Although he’ll turn 30 next month, he’s coming off the best season of his nine-year NFL career, all in Houston. He posted 87 tackles, broke up 17 passes and forced two fumbles, all of which were career bests.

Fangio will pair him with star cornerback Chris Harris Jr., the last remaining member of the “No Fly Zone” secondary that was the backbone of the Broncos’ Super Bowl 50 team. Like Harris, Jackson is adept at playing outside or in the slot and has also lined up at safety.