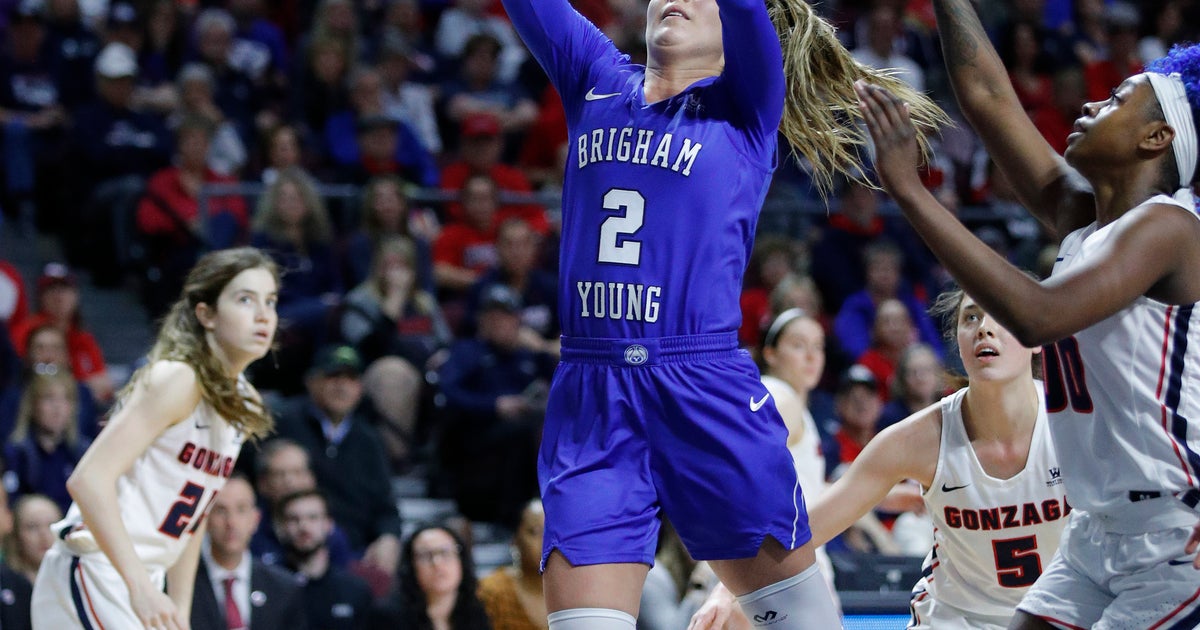 The second-seeded Cougars (25-6) handed Gonzaga its two WCC losses in two close regular-season meetings and tried turning the third game into a rout with a dominating second quarter.

BYU scored the first 16 points of the second to build 12-point lead and went up by 16 early in the third quarter.

The two-time defending tournament champion Bulldogs (28-4) rallied late in the third to pull within seven, but missed their first 12 shots of the fourth to end any chance of a three-peat.

Paisley Johnson added 19 points, Sara Hamson blocked four shots and BYU went 13 for 25 from the 3-point arc to reach the NCAA Tournament for the first time since 2016.

BYU won the two regular-season meetings, both by two points.

The Cougars rallied from a 12-point deficit to win 70-68 at home and Hamson blocked two shots in the final minutes in a 66-64 home win.

Rice dominated early in round 3, scoring 10 points in the first quarter to help the Zags build a 23-19 lead.

BYU took control by dominating defensively in the second quarter.

Gonzaga missed its first nine shots and went 1 for 11 in the period as the Cougars took a 42-30 lead into halftime.

BYU stretched the lead 55-39, but Gonzaga made a late run, pulling within 63-57 after BYU coach Jeff Judkins was called for a technical foul and Chandler Smith hit two free throws.

But the Cougars stretched the lead back to 12 early in the fourth and Gonzaga shot 2 for 15 in the quarter.

BYU used a dominating second quarter to sweep the season series and leave no doubt about its NCAA Tournament chances.

The Zags will make the NCAA Tournament, but will have a lower seed than if they had won the WCC Tournament.

Both teams should be headed to the NCAA Tournament.