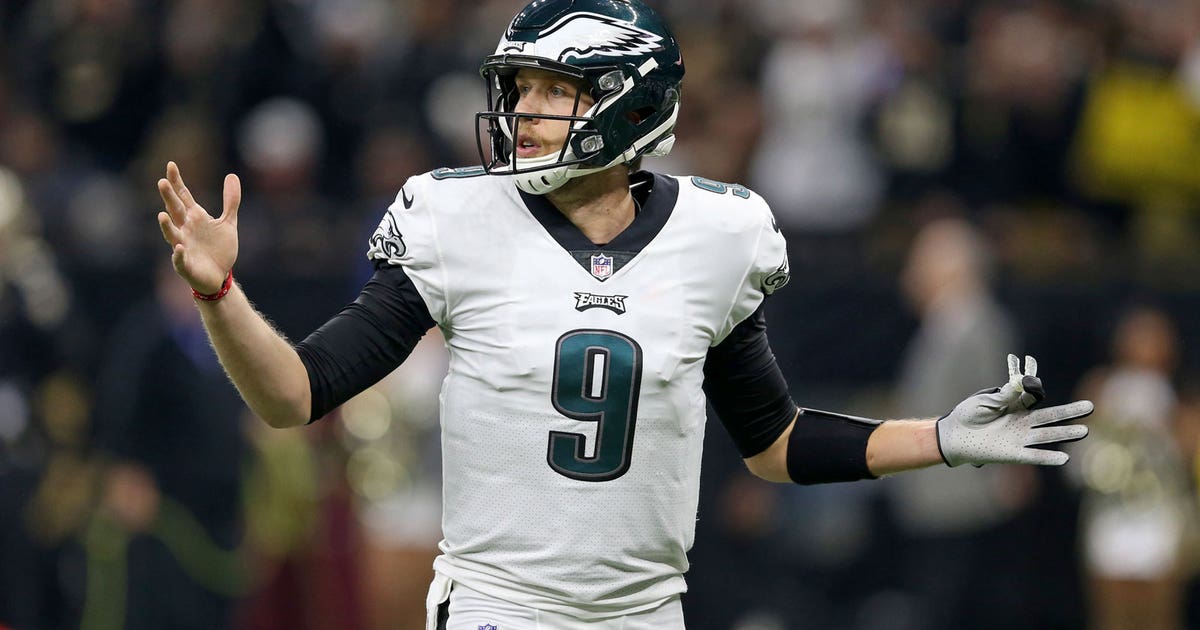 JACKSONVILLE, Fla. (AP) — After repeatedly failing to find a franchise quarterback in the NFL draft, the Jacksonville Jaguars turned to free agency.

Given the lack of sustained success between predecessors Byron Leftwich, David Garrard, Blaine Gabbert and Blake Bortles, the bar is set pretty low for Nick Foles — even with a lucrative contract and a Super Bowl MVP trophy.

The Jaguars officially agreed to terms with Foles on Wednesday , the official start of free agency and two days after the sides settled on contract terms. A person with direct knowledge of the deal said it’s worth $88 million over four years and includes $50.125 million guaranteed. It could increase to $102 million with incentives, the person said. The person spoke to The Associated Press on condition of anonymity because neither side chose to disclose financial terms.

Foles will be formally introduced at a news conference Thursday.

Foles replaces Bortles, whose five-year tenure was known for inaccuracy and inconsistency that led to offensive instability.

The 30-year-old Foles went 6-2 in the regular season and 4-1 in the postseason in place of Philadelphia starter Carson Wentz the last two years. He earned 2018 Super Bowl MVP honors and became the league’s premier quarterback commodity on the market. Philadelphia opted not to use the franchise tag on Foles. He landed in Jacksonville, which had been the front-runner to get him for weeks.

The Jaguars are expected to release Bortles soon, parting ways with the third overall pick in the 2014 draft 13 months after handing him a three-year, $58 million contract. Bortles is due a $1 million roster bonus Sunday. Jacksonville will save $9.5 million against the 2019 salary cap by cutting him and designating it a post-June 1 release.

Bortles played turnover-free football in the 2017 postseason, helping the team reach the AFC championship game and showing enough growth that top executive Tom Coughlin and general manager Dave Caldwell opted to sign him to a new contract. The deal included $26.5 million guaranteed and left the Jaguars with little to spend in free agency.

They released five veterans last week, including former Pro Bowl defenders Malik Jackson and Tashaun Gipson, to clear $30 million in salary cap space. A significant chunk of that cash will go to Foles.

The Jaguars also agreed to terms Wednesday with guard A.J. Cann on a three-year, $15 million contract, preventing him from entering free agency.

A third-round draft pick from South Carolina in 2015, Cann started 59 of 64 games over four seasons for the Jaguars. He should help provide some continuity and stability up front for Foles.

The question now is whether Coughlin and Caldwell have enough talent around Foles to make a difference.

Veteran Marqise Lee will return after missing all of last season with a knee injury, and fellow receiver Dede Westbrook showed some promise in his second year. But second-round draft pick DJ Chark and second-year pro Keelan Cole mostly struggled, and the Jags have few, if any, viable threats at tight end after deciding not to pick up a team option on Austin Seferian-Jenkins.