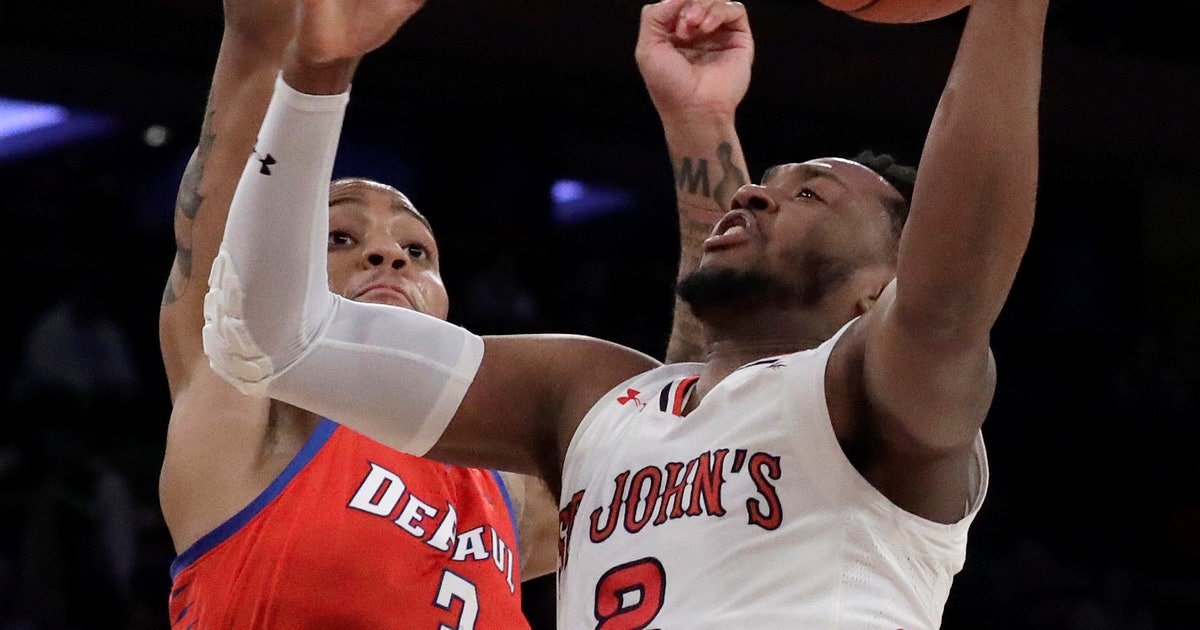 NEW YORK (AP) — Shamorie Ponds scored 18 points, had seven assists and led a second-half surge as St. John’s gave their NCAA hopes a boost with a much-needed 82-74 victory against DePaul in the first round of the Big East Tournament Wednesday night.

The seventh-seeded Red Storm (21-11) will face No. 2 seed Marquette in the third game of the quadruple header at Madison Square Garden on Thursday night. St. John’s avoided being swept three games by the 10th-seeded Blue Demons (15-15), burying DePaul in the second half.

Eli Cain led DePaul with 23 points before fouling out late.

St. John’s seemed positioned to coast into the conference tournament with a high seed and an NCAA bid pretty much locked up just two weeks ago. The Johnnies proceeded to finish the regular season with three straight losses, including a nine-point loss at DePaul. With a chance to be the third seed at MSG, St. John’s slid all the way into a high-stakes opening night matchup.

The Johnnies led by four at the half behind Justin Simons’ 12 points, but not until Ponds became more assertive did they put some distance between themselves and the Blue Demons.

Ponds came off a screen to hit a 3 with 15:22 left in the second half and give St. John’s its first double-digit lead at 50-40. A minute later LJ Figueroa made a 3 from the wing in transition and the lead was 53-42. A traditional three-point play from Ponds off an offensive rebound increased the lead to 12 with 12:31 left. After DePaul cut the lead to eight, Ponds dropped in a 3 to make it double-digits again.

DePaul: Max Strus, the Blue Demons’ leading scorer at 19 points per game, was held to 14 on 4-of-12 shooting after scoring 43 in DePaul’s victory 10 days ago against St. John’s.

St. John’s: The Red Storm don’t have a starter taller than 6-foot-7 and are at their best when they can get out in transition. They had 15 fast-break points against DePaul, offsetting getting outrebounded by the Blue Demons for the third time this season.

DePaul: The Blue Demons are probably done for the season.

St. John’s: The Red Storm swept Marquette this season, a couple of victories that help make their case for an NCAA at-large bid.