The Multinational Joint Task Force (MNJTF) says its troops have killed several terrorists and recovered their weapons in the Lake Chad region.

In a statement on Thursday, the Chief of Military Public Information of MNJTF, Colonel Timothy Antigha, stated that the troops intercepted the Boko Haram members in Tunbum Rego.

According to him, the operation was made possible following collaboration with the Cameroonian, Niger and Nigerian Air Forces. 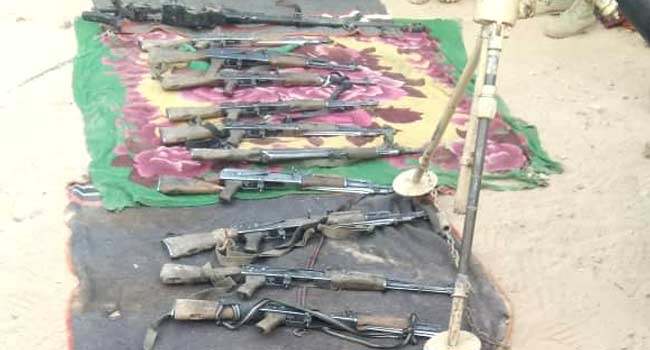 “In a related development, MNJTF troops from Sector 4 attacked Boko Haram assets in Arege, killing scores of terrorists in the process,” he stated.

The MNJTF spokesperson explained that at least 33 terrorists lost their lives with several weapons recovered during the two-day aerial bombardment.

Others are 3,736 rounds of assorted ammunition, one binocular, and two hand grenades recovered.