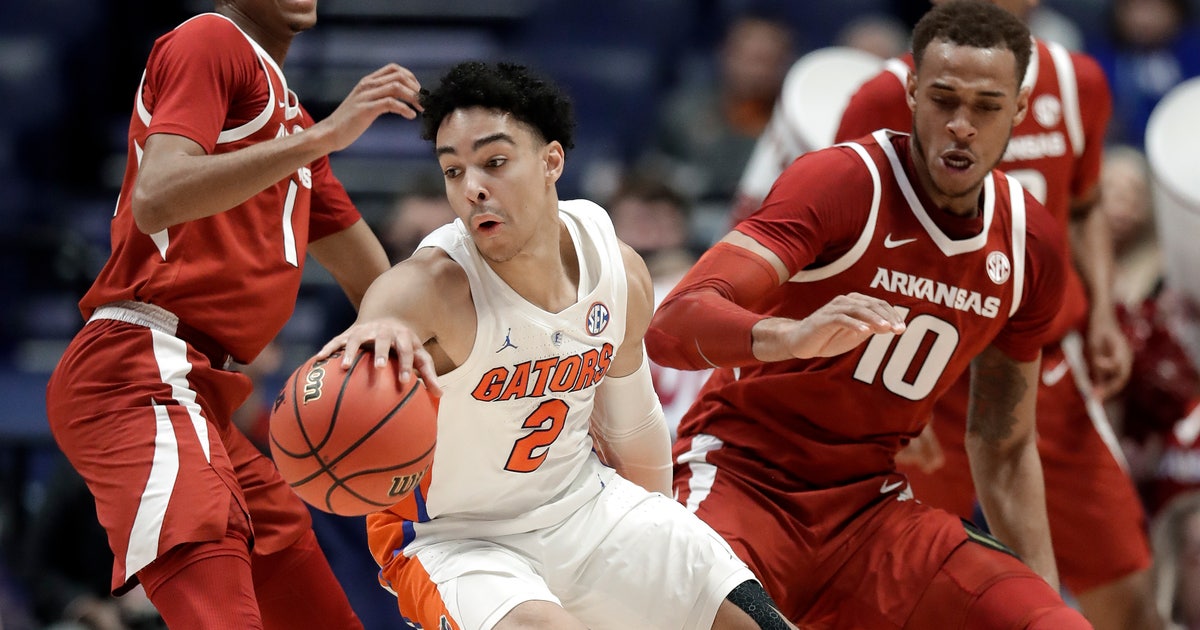 It’s that time of Championship Week when programs on the NCAA Tournament bubble start to worry about bid thieves.

Saint Mary’s already might have pulled off one of those swipes when it stunned No. 1 Gonzaga in the West Coast Conference on Tuesday. The Gaels had a shot at making the NCAA Tournament with an at-large bid even with a loss to the Zags but now there’s no denying that the WCC will get two bids.

The Mid-American, Pac-12 and Mountain West are three conferences where the dreaded bid thief could strike. No. 18 Buffalo is comfortably in the Big Dance and a loss over the next few days would make the MAC an unexpected two-bid league.

If a program other than Washington or Arizona State takes the Pac-12 title, that’s another spot in the 68-team field that vanishes. If Nevada or Utah State don’t win the Mountain West? Poof! Another bid gone.

Several bubble programs helped themselves with wins on Thursday, including Ohio State, Florida, Alabama, Xavier and Arizona State. Among those that took tough losses: Creighton, Indiana, Georgetown and Texas.

Here’s a look at the rising and falling fortunes of some bubble teams, as well as upcoming big games:

Ohio State: The Buckeyes (19-13) got a tight win over Indiana in what some considered an NCAA Tournament play-in game. Ohio State is in a better spot, but would feel more comfortable about its place in the field with an upset over No. 6 Michigan State on Friday.

Florida: The Gators (18-14) got the crucial win over Arkansas . Now they can really solidify their profile with a win over No. 9 LSU, which is trying to regroup following the indefinite suspension of coach Will Wade.

Xavier: The Musketeers (18-14) still look like they’re a long shot to go dancing, but the win over Creighton gives some hope. If Xavier can beat Villanova on Friday, Selection Sunday will at least be worth watching.

Alabama: The Crimson Tide (18-14) really needed at least one win in the SEC Tournament and got it with a comeback victory over Ole Miss . Alabama’s certainly not safe and more wins might be needed, starting with No. 4 Kentucky on Friday.

Arizona State: The Sun Devils (22-9) took care of business with an 83-72 win over UCLA and look like they’ll make the Pac-12 at least a two-bid league.

Indiana: The loss to Ohio State hurts. The Hoosiers have some good wins, but that overall record of 17-15, including an 8-13 mark against teams in the Big Ten, might be tough to overcome.

Creighton: The Bluejays (18-14) have had a lot of tough losses this season and suffered another one on Thursday in a 63-61 loss to Xavier. Selection Sunday is going to be a nail-biter.

Georgetown: The Hoyas (19-13) got thumped by Seton Hall 73-57 . They still have a slim shot to get in the field, but that wasn’t a good last impression.

NC State: There’s no shame in the Wolfpack’s 76-56 loss to No. 2 Virginia , but it’s still a missed opportunity to make a bubble statement. NC State goes into Selection Sunday with a 22-11 record.