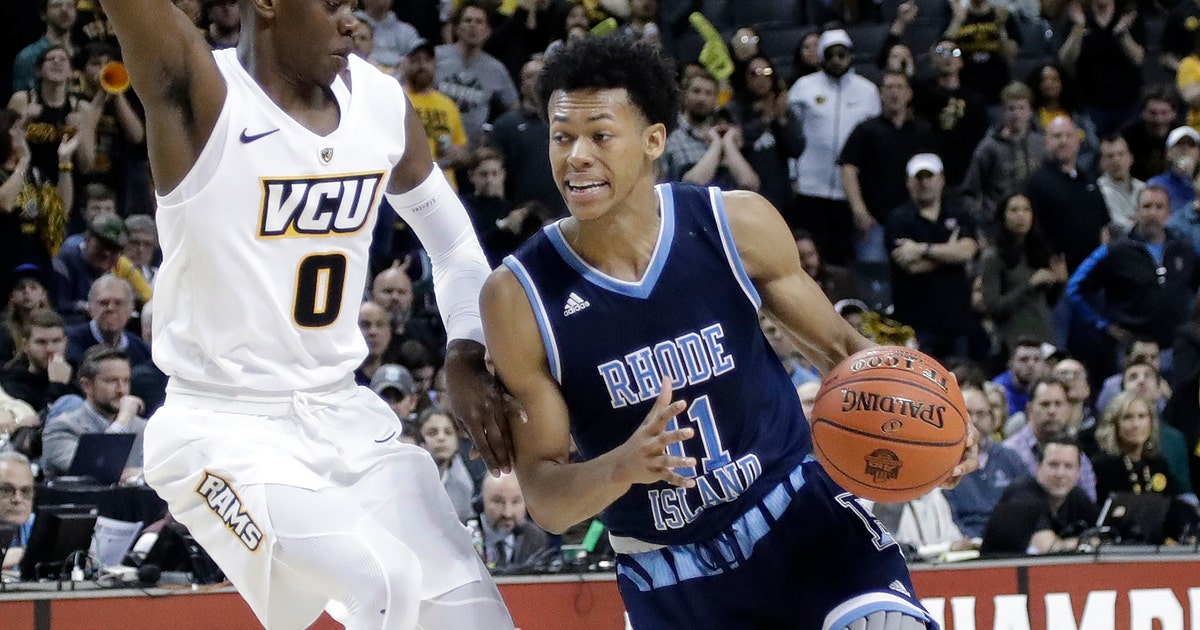 Tyrese Martin added 13 for Rhode Island (18-14). Dana Tate finished with 12, and Christion Thompson had 11, including two free throws in the final seconds to seal the win.

Rhode Island has eliminated VCU from the A-10 Tournament three years in a row.

The Rams meet the winner of fifth-seed George Mason and fourth-seed St. Bonaventure in the semifinals on Saturday.

Despite a 26-point, 22-rebound performance from Marcus Santos-Silva, VCU (25-7) became the second-straight regular-season champion to lose in the tournament. Last year, Davidson topped top-seeded Rhode Island, which helped the A-10 to get two teams in the NCAA Tournament, which is likely to happen this year.

De’Riante Jenkins finished with 13 points for the Rams. VCU was limited as guard Marcus Evans was lost for the game midway through the first half with a leg injury. Evans, VCU’s leading scorer with an average of 14.2 points per game, was bumped going in for a layup and landed hard on the court. He immediately began clutching his right knee, and screamed.

Eventually Evans was helped off the court. He returned to the VCU bench during the first media timeout of the second half, with the aid of crutches.

After the game VCU coach Mike Rhodes said Evans suffered a bone bruise and added, “They told me his knee is stable.”

The third matchup of the season between the programs was taut, as the largest lead either team had was eight points.

Down 73-70 in the final seconds, VCU had a chance to tie the game but Mike’L Simms missed a contested right side 3. On the ensuing possession, Thompson was fouled on the inbound and made both free throws.