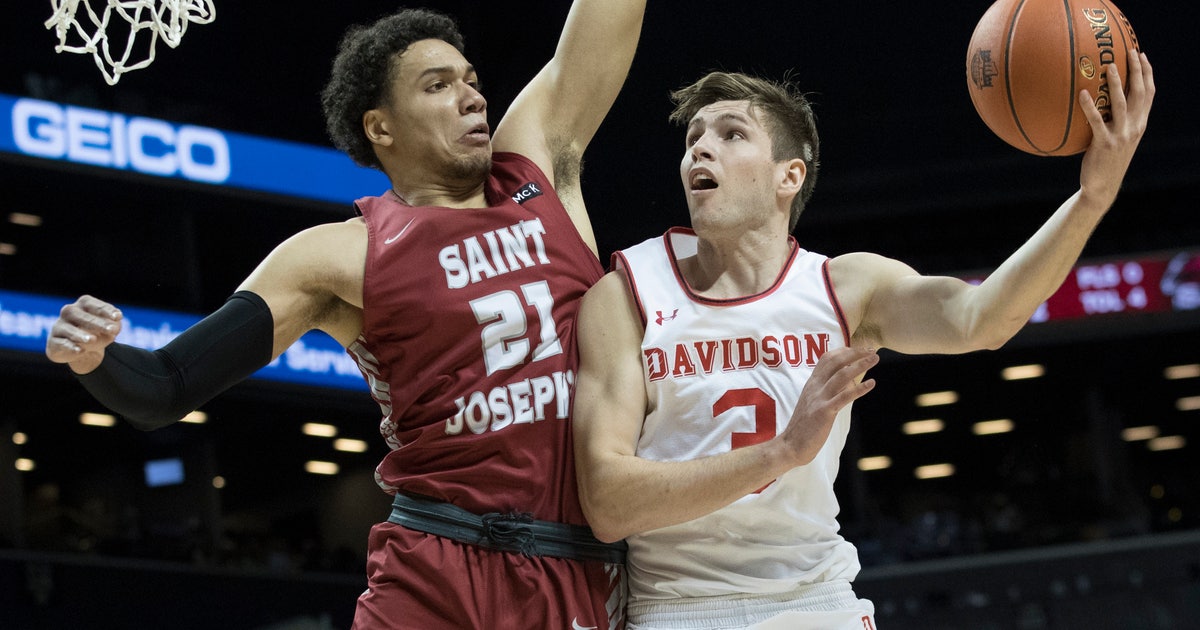 Kellan Grady also had 18 for the Wildcats, who will meet the winner of sixth seed Saint Louis and third seed Dayton in the second semifinal game Saturday. Davidson beat Saint Louis 54-53 on Jan. 26, but dropped a 74-73 decision to Dayton on Feb. 19

Luka Brajkovic finished with 15, and Carter Collins had 10. The Wildcats improved to 24-8.

Saint Joseph’s season came to an end with the loss. The Hawks finished with a 13-19 record. Charlie Brown Jr. led Saint Joseph’s with 16 points. Lamarr Kimble added 15, while Chris Clover chipped in with 12.

The teams had split the two regular season matchups, with each team winning on its home court.

The rubber match started slowly as neither team shot well in the first half. At halftime, Davidson led 27-26 despite making just 10 of its 37 shots from the field, while Saint Joseph’s missed 23 of its 32 shots.

Perhaps the biggest play of the half was Gudmundsson’s up-and-under layup with three seconds left. The lay-in gave the newly-named conference Player of the Year six points.

Davidson started the second half by outscoring Saint Joseph’s 9-2 in the first 2:04 to extend the lead to seven, 35-28. But the Hawks would hang around before responding with a 12-2 run spanning 4:48 that would give them a 56-52 advantage.

The lead lasted 33 seconds, as Brajkovic and Grady knocked down jumpers on consecutive possessions to tie the game at 56-all. Following a timeout, a Collins putback and a Gudmundsson layup allowed the Wildcats to go ahead, 60-56.

Saint Joseph’s drew even following a Taylor Funk layup and two Brown free throws. But Gudmundsson responded with a 3-point play and two-handed jam on Davidson’s next two possessions to give the Wildcats a 65-60 lead that they would not relinquish.