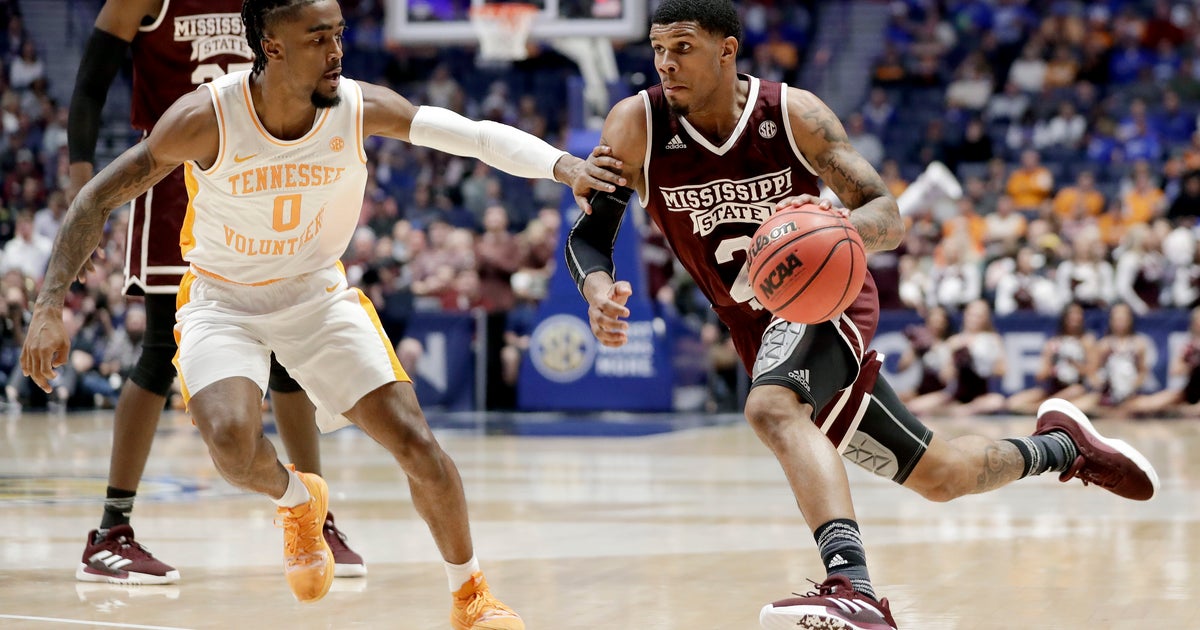 The third-seeded Volunteers (28-4) advanced to a Saturday semifinal with No. 4 Kentucky (27-5), the second seed in this tournament. Tennessee lost 86-69 at Kentucky on Feb. 16 to end a school-record 19-game winning streak but trounced the Wildcats 71-52 at home two weeks later.

Kyle Alexander and Grant Williams each scored 16 points to help Tennessee reach the semifinals. Jordan Bone had 14 points and nine assists with only one turnover, and Jordan Bowden added 10 points.

Mississippi State had lost 71-54 at Tennessee just 10 days earlier but was more competitive this time.

The Bulldogs rallied from a 34-28 halftime deficit to tie the game at 38-all on a Lamar Peters basket with 17:14 left. Tennessee went ahead for good with 14:17 remaining when Bone hit a tie-breaking 3-pointer as the shot clock was running down.

The game remained close until Tennessee went on a 10-0 run to extend its lead to 59-46 with 9:33 left as Schofield started to take over.

Tennessee led 53-46 when Schofield drove to the basket, scored and drew a foul with 10:53 remaining. Up to that point, Tennessee hadn’t attempted a free throw all night.

Less than a minute later, Schofield threw down a one-handed dunk while getting fouled again. Schofield missed the free throw and three-point play opportunity after both baskets, but his big plays put the Vols in control and delighted a pro-Tennessee crowd.

Schofield added a 3-point basket later to give Tennessee its biggest lead at 65-51 with 7:02 left.

Mississippi State tried to rally but couldn’t get the margin below seven the rest of the way.

Mississippi State: The Bulldogs couldn’t get to the semifinals, but they’ve done enough to earn their first NCAA Tournament bid since 2009.

The game got a little heated with less than five minutes left when players from both teams jawed with one another after Alexander blocked a shot from Mississippi State’s Reggie Perry. Alexander, Schofield and Perry all ended up receiving technical fouls.

Mississippi State finds out on Sunday the date, location and opponent for its NCAA Tournament first-round game.