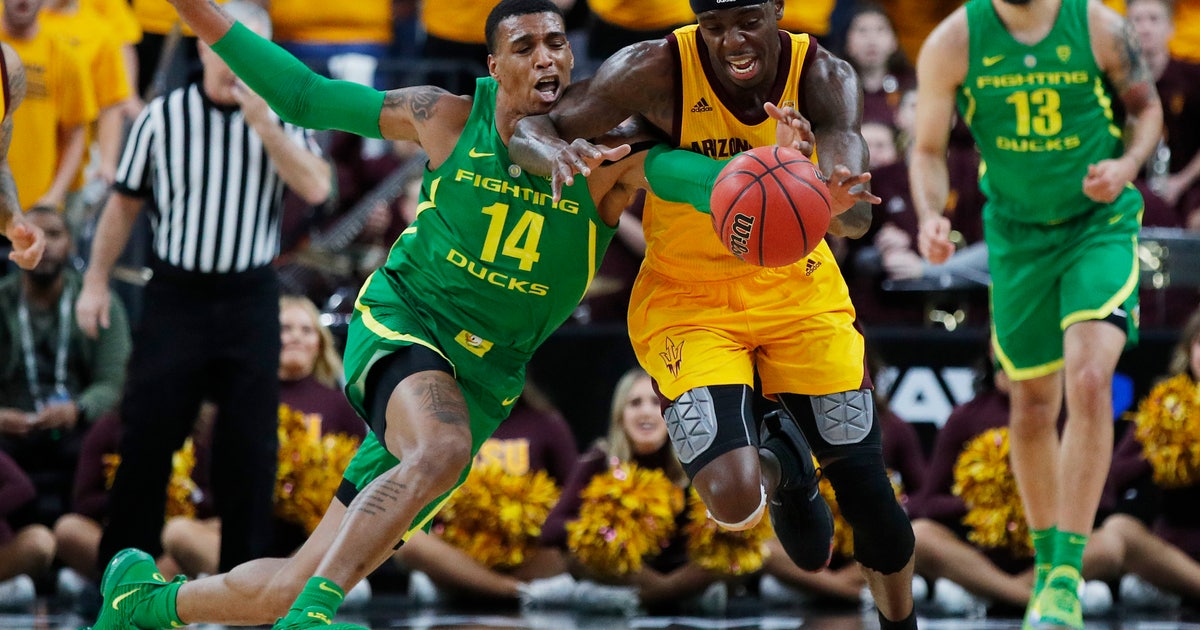 The sixth-seeded Ducks (22-12) dominated early, went into a second-half funk and fought their way back in a foul-filled second half.

Oregon’s Ehab Amin hit a corner 3-pointer with 1:32 left in regulation to tie the game at 67 and neither team could score again, sending the game to overtime.

The Ducks scored the first eight points of overtime, but the Sun Devils rallied to tie it on Rob Edwards‘ three free throws with 58 seconds left.

Arizona State’s Luguentz Dort missed a potential tying 3-pointer and King made one of two free throws with 8.8 seconds left to seal it.

Listless in the first half, the second-seeded Sun Devils (22-10) seemed to take control with an 18-1 run that turned a seven-point halftime deficit into an eight-point lead.

Dort had 16 points and Edwards 15 for the Sun Devils, who could have a second straight anxious wait on Selection Sunday.

The Ducks have been at their high-flying defensive best since coach Dana Altman switched to a lineup with three 6-foot-9 players. Oregon held five straight teams to 61 points or less, a program first since 1982-83, and locked down its first two Pac-12 tournament opponents to reach the semifinals.

Arizona State blew most of a 23-point, second-half lead before pulling away from UCLA 83-72 in the quarterfinals.

The Sun Devils were out of sorts early in the semifinals, frustrating coach Bobby Hurley by playing almost exclusively 1 on 1 instead of running the offense. Arizona State missed its first six shots and point guard Remy Martin went off early with an injury.

Martin returned, though wasn’t much of a factor and the Sun Devils only got marginally better against Oregon’s defense.

The Ducks blocked seven of Arizona State’s shots, changed several others and scored 15 points off seven turnovers to lead 35-28 at halftime.

Fortunate to be down just seven, the Sun Devils were the aggressors early in the second half. Behind its defense and two long Martin 3-pointers, Arizona State went an 18-1 run to go up 46-38 and held the Ducks without a field goal for nearly seven minutes.

Oregon finally righted itself and created a few turnovers that led to easy baskets, pulling within one and keeping the Sun Devils within reach.

Oregon faces Washington in the championship game for a chance to earn the Pac-12’s automatic NCAA Tournament bid.