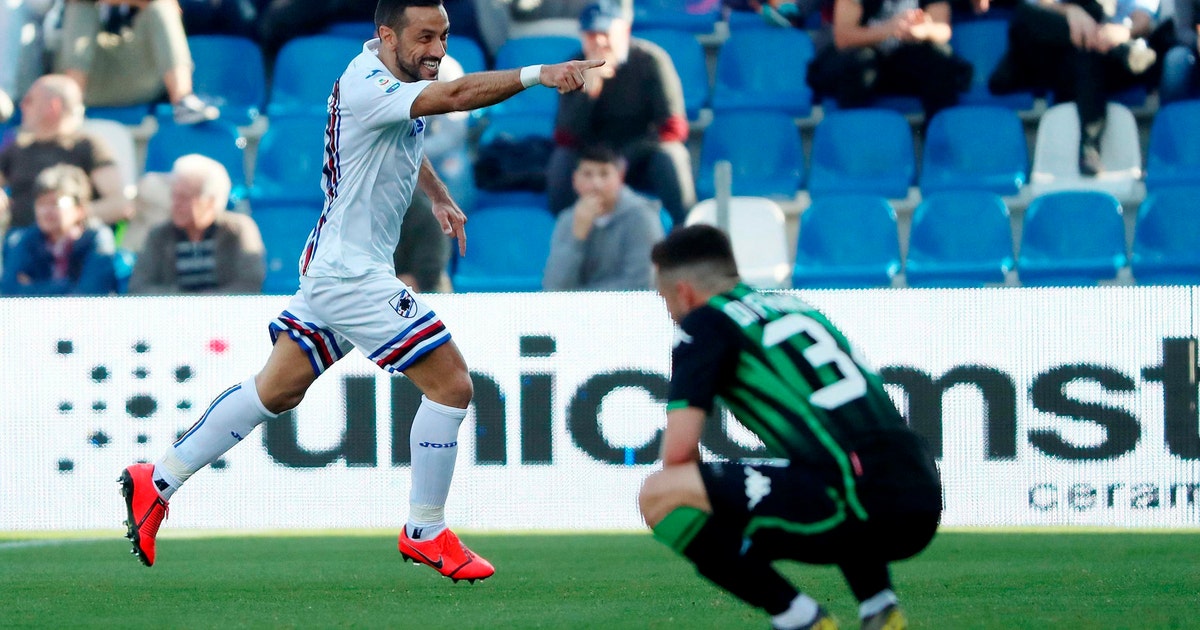 MILAN (AP) — Fabio Quagliarella celebrated his first Italy call-up in four years with yet another goal to help Sampdoria win 5-3 at Sassuolo in a Serie A game on Saturday.

It was Quagliarella’s 21st league goal of the season, extending his personal record. The 36-year-old remained atop the scoring list with two more goals than Juventus’ Cristiano Ronaldo and Milan’s Krzysztof Piatek.

Quagliarella was named in Italy’s squad on Friday for upcoming European Championship qualifiers against Finland and Liechtenstein.

Quagliarella was last named in a squad in 2015, and his last appearance in an Azzurri shirt was in 2010.

At Sassuolo, he set up the opener for teammate Gregoire Defrel in the 15th minute and got on the scoresheet himself in the 36th with a right-footed shot from just outside the area.

Jeremie Boga pulled one back for Sassuolo two minutes later but Karol Linetty immediately restored Samp’s two-goal advantage with help from Quagliarella in the buildup.