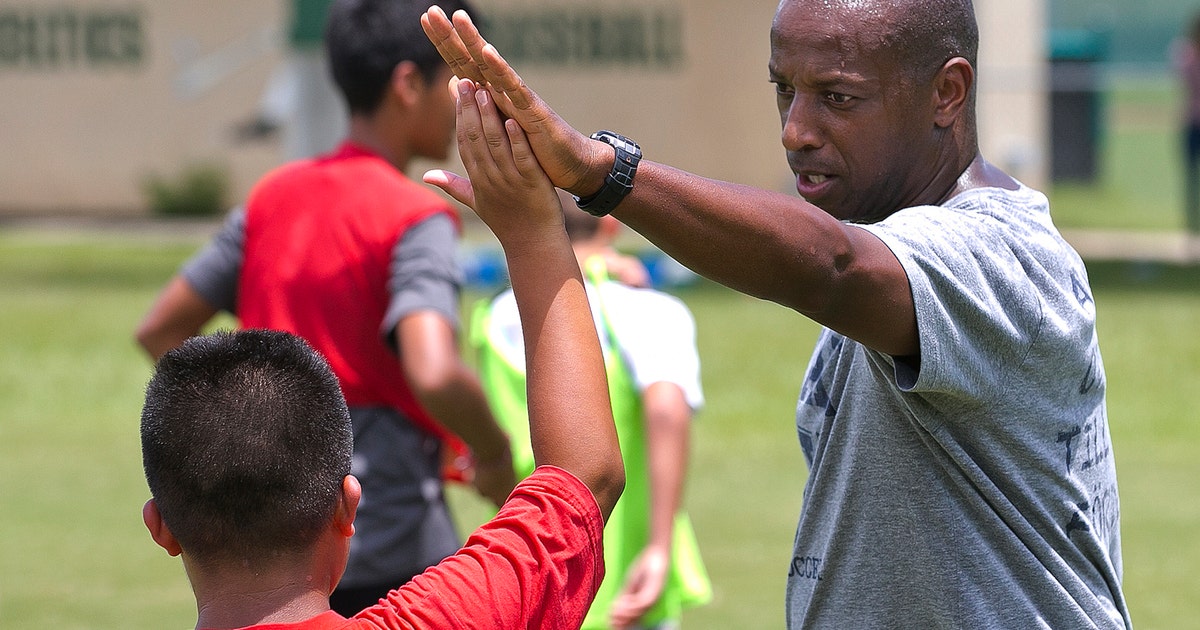 “The original sin of college sports is special admissions,” he said. “It makes coaches vulnerable, it admits players who are woefully underprepared, whether they get in through bribery or normal athletic special admissions. They’re still at a tremendous disadvantage if their academic profiles are not competitive with the rest of the class.”

Special admits, as they are called, have been an accepted part of big-time football and basketball since the birth of college sports. They came to the fore this week in niche sports — such as tennis, rowing and sailing — when federal charges were brought against coaches who allegedly accepted millions of dollars in bribes in exchange for special admit slots for children of wealthy parents. Most of the children never played the sports they were admitted for.

That highly selective schools Georgetown, Texas, Southern California, Stanford and Yale are identified in a federal indictment didn’t surprise Gurney, one of the authors of the 2017 book “Unwinding Madness: What Went Wrong with College Sports and How to Fix It.”

Institutions such as those have rigorous admission standards and are driven to be competitive in sports against schools with lower standards. The special admits allow the elite schools to bring in the athletes who can help them win. And winning, even at minor sports, helps increase donations, applications and morale on campus.

Georgetown’s acceptance rate for the Class of 2022 was 14.5 percent, the lowest in university history. According to court papers, Georgetown had a total of 158 special admits for athletes. That’s a significant number for an athletic program whose national reputation is built solely on basketball.

Andrew Zimbalist, a Smith College professor who has written 24 books on economics and sports economics and worked with Gurney on “Unwinding Madness,” said almost every school gives special admits to at least a few athletes.

“The big sports athletes are given more than a little leeway,” Zimbalist said. “They probably average 200 points lower on their SAT scores, and there’s specialized curriculum to make sure they don’t flunk out. This varies across division and school, but all the way down to the lower rungs of Division III there are preferences given for athletes.”

Gurney was Oklahoma’s senior associate athletic director for academics and student life from 1993-2011 and is now an assistant professor teaching courses on athletics and higher education. He says the entry standards for special admits vary depending on the school and whether the candidate is an athlete.

Most schools contacted by the AP — particularly those involved in the scandal — wouldn’t disclose specifics about special admits.

Oklahoma, which accepts about 75 percent of applicants and is considered moderately selective, has typically allowed 50 special admissions to incoming athletes across all sports, with the university’s vice president for admissions setting the number each year.

The only requirement for special admission at OU is that the athlete meets what Gurney called “ridiculously low” NCAA initial academic eligibility standards: a 2.3 grade-point average in core courses and a corresponding SAT or ACT score on a sliding scale. For example, an athlete with a low entrance exam test score would need a higher core-course GPA to qualify.

Of those 50 special admissions at OU, Gurney said, almost all go to football and men’s and women’s basketball players, with non-revenue sports getting whatever’s left.

“I had lots of different emotions about the admissions of these students,” Gurney said.

Gurney said he understands the need for special admits in athletics, but he also advocates for schools doing all they can when the unprepared athlete arrives. In the 1980s, when Gurney was an academic counselor in athletics at Iowa State, he designed an assessment program to diagnose developmental learning needs and a remedial reading program for athletes.

“College presidents over the years I’ve observed have not spent one minute sitting across the desk of one of these athletes who come into the university who are so underprepared and are reading at the fifth percentile among college students or reading below a functional illiterate level,” Gurney said. “So it always presents that. It makes me angry when I hear them pontificate about special admissions in general or making sure we’re admitting athletes who have no business being at a selective institution, for that matter a highly selective institution.”

Athletes aren’t the only ones receiving special consideration. Gurney noted Oklahoma state law allows universities to provide special admits to 8 percent of each incoming freshman class. That amounts to 350 to 400 students a year. Many are musicians, dancers or other fine arts students whose talents lie outside the academic realm. Some are regular students who receive special consideration for diversity purposes. Others, Gurney said, could be children of donors who promise to proffer a large gift.

“This is not unusual and should not be a surprise to any admissions director around the country,” Gurney said. “They know the deal. And here’s the deal: ‘We have X number of slots, who are we going to give them, too? Who do we want to take care of?’ “

Gurney said the best interests of the special admit recipient often are forgotten by competitive parents who feel pressured to get their kids into the best schools or by coaches driven to win.

“There are 1,200 universities, and there may be better places for those individuals than the University of Texas or some other highly competitive institutions,” Gurney said. “But the connectiveness in this scandal is, in fact, college sports. I think we are learning more about how coaches wield all this power over who gets in.”

Significantly fewer athletes in non-revenue sports need a special admission. Gurney said it’s galling when a qualified athlete’s hope of attending a certain school — and probably paying a large chunk of his or her own way — ends when an unscrupulous coach fills that spot with an undeserving person whose family paid a bribe.

“Athletics has some characteristics that make it sort of a weak link in higher education,” Gurney said. “By that, I mean there is a close connection between donors of athletic programs using athletics to get their children into school. When a coach is given X number of slots to accommodate their sport, he becomes a de facto director of admissions. And (coaches) become vulnerable to bribery or even doing favors for friends.”

Zimbalist said the diabolical scheme brought to light this week elicited little more than a shrug from him.

“What’s happening here is what has been happening for decades and decades,” he said, “and that’s that rich people buy their way into colleges.”