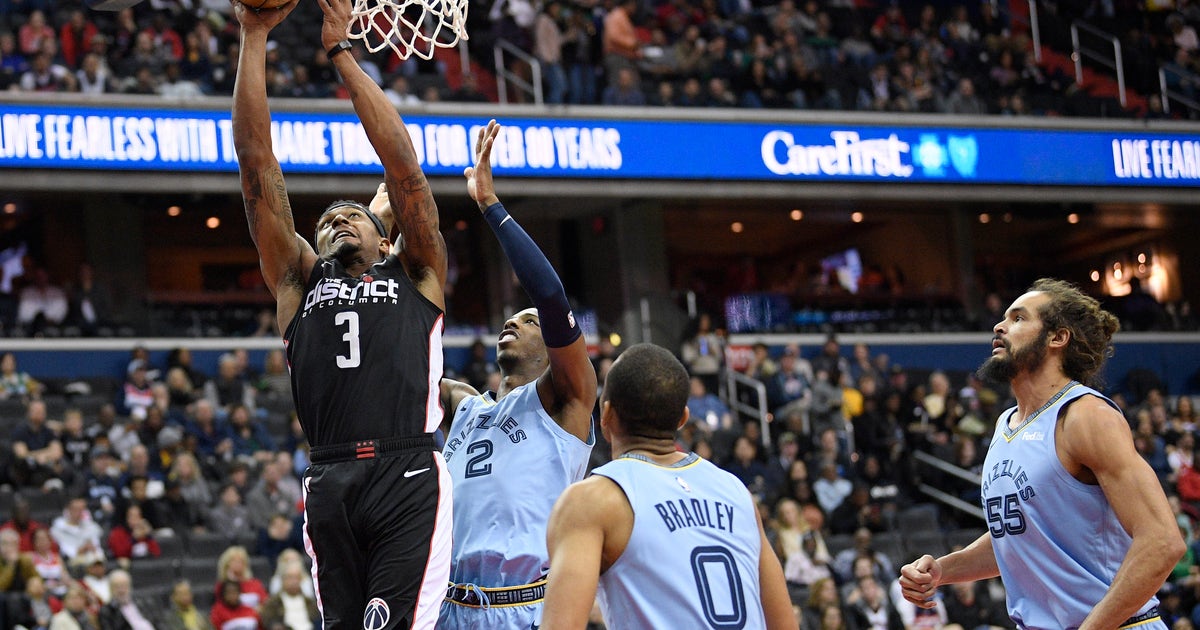 Beal shot 12 of 17 from the field and made a career-high nine 3-pointers. The Wizards converted 17 of 35 from beyond the arc in a game that featured 20 lead changes.

The Wizards, 11th in the Eastern Conference, moved within three games of eighth-place Miami.

Jabari Parker had 20 points and 11 rebounds, and Bobby Portis scored 18 points as Washington improved to 3-1 on a five-game homestand.

Beal’s 3-pointer gave the Wizards a 119-114 lead with 6:03 remaining and he followed with a driving layup to increase the lead to seven.

Memphis cut it to three when Valanciunas dunked and Conley made two free throws after a Washington turnover, but Jeff Green hit a corner 3 for Washington to make it 129-123.

Conley answered with a 3, but Beal scored on a drive as the shot clock expired.

Conley’s runner at the buzzer gave Memphis a 71-69 halftime lead. He and Beal each had 19 points in the first half.

The Grizzlies shot 59 percent in the first half while the Wizards hit 53.5 percent.

Grizzlies: It was the first time in franchise history the Grizzlies and their opponent each scored at least 100 points through the first three quarters. . Swingman C.J. Miles left the game in the first half because of left foot injury and did not return. . It was Conley’s 10th double-double. . F Chandler Parsons had season highs in points (16) and rebounds (six).

Wizards: G Tomas Satoransky was in the lineup after leaving Friday’s game for a concussion evaluation. . Are 9-4 in the second of back-to-backs. . It was Parker’s seventh double-double of the season. . The Wizards have won five straight against the Grizzlies at home.