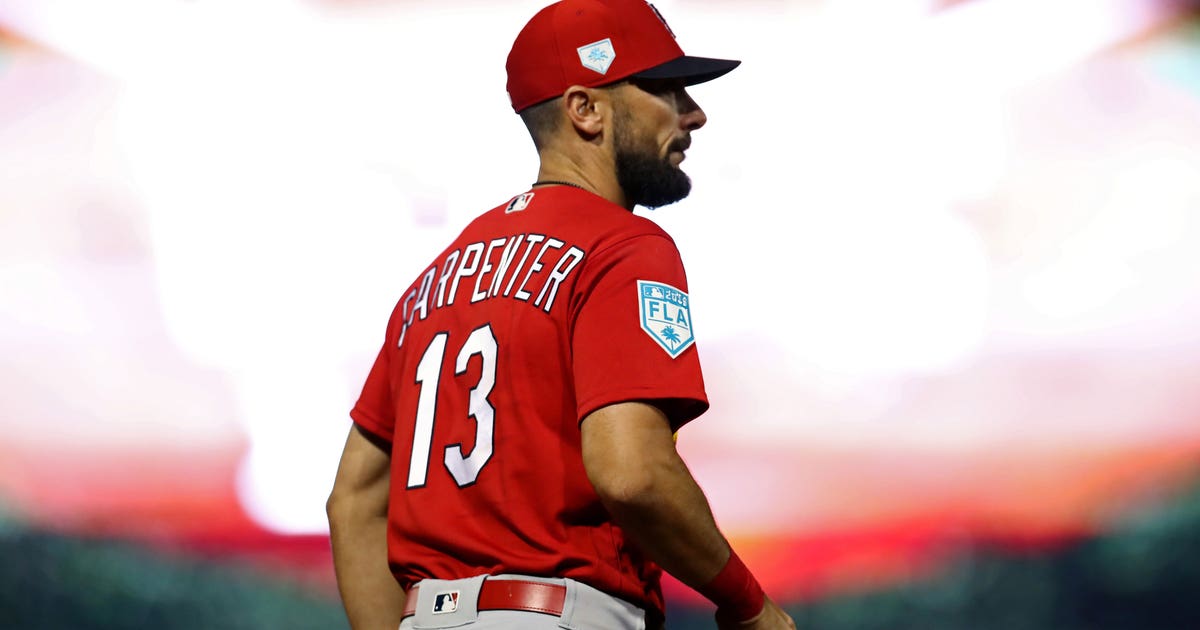 JUPITER, Fla. — Back tightness is expected to keep St. Louis third baseman Matt Carpenter out of the lineup until Wednesday.

Carpenter first noticed the issue on Saturday, when he wasn’t scheduled to be in the lineup. The three-time All-Star was scheduled to play Sunday, but the Cardinals elected to be cautious. St. Louis has a scheduled day off Tuesday.

With Carpenter out, Shildt put Dexter Fowler in the leadoff spot and moved slugger Paul Goldschmidt from his usual third to the second spot in the order for the first time this spring.