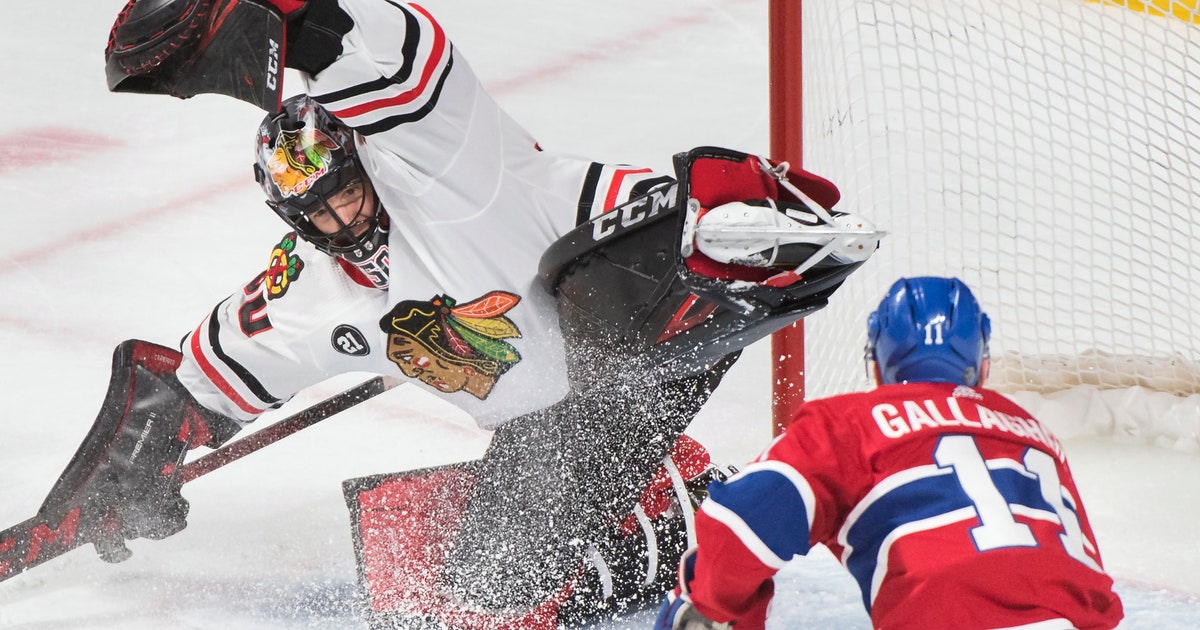 MONTREAL (AP) — Corey Crawford stopped all 48 shots he faced for his second shutout of the season and the surging Chicago Blackhawks won their fifth straight with a 2-0 victory over the struggling Montreal Canadiens on Saturday night.

Connor Murphy and Brendan Perlini scored for the Blackhawks.

The Montreal-born Crawford earned his second shutout of the season and improved to 9-2-2 in his career against the Canadiens. The 48 saves were a career high in the regular season for Crawford.

Carey Price stopped 22 shots for the Canadiens, who have dropped four of their last five games to fall out of a playoff spot. Price has played in 18 of the last 19 games for Montreal, which outshot Chicago 48-24.

With the loss, Montreal’s playoff chances are dwindling in the Eastern Conference. The Canadiens are three points out of the second wild-card spot with 10 games remaining in the season — five each at home and on the road.

Crawford needed to be on his game all night. Midway through the second period, the Blackhawks goalie made back-to-back saves on Paul Byron and Andrew Shaw. Two minutes later, he robbed Artturi Lehkonen in close with the glove.

Byron came closest to beating the Hawks goaltender when his second-period shot rang off the crossbar.

Crawford has never lost in regulation time in his hometown (5-0-2). He has won his last five at the Bell Centre.

Murphy scored the game’s first goal 3:04 into the second period. The defenseman took a pass from Dylan Strome in his skates, kicked the puck onto his stick, and beat Price from the slot high glove-side.

Perlini made it 2-0 at 4:49 of the third period on a nice give-and-go with teammate Alex DeBrincat.

The game featured Montreal’s league-worst power play against Chicago’s NHL-worst penalty kill. The Hawks came out on top, with the Canadiens going 0 for 4 with the man advantage.

NOTES: The Canadiens celebrated Price’s franchise record-setting 315th career victory in a pregame ceremony. … Montreal was coming off a 2-1 loss to the New York Islanders on Thursday.

Canadiens: at Philadelphia on Tuesday night.