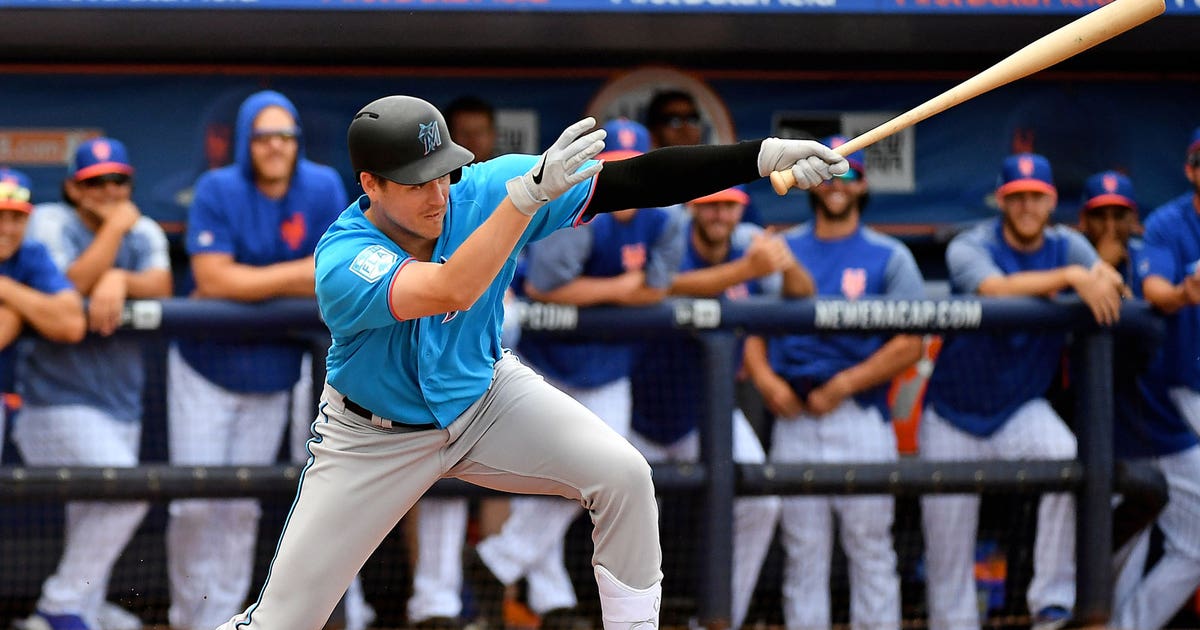 JUPITER, Fla. (AP) — At a time when home runs dominate baseball’s offensive strategy, the Miami Marlins are zigging to the long ball’s zag.

Manager Don Mattingly realizes that if his Marlins are going to score runs, most often they’re going to have to do it the old fashioned way — one at a time rather than in bunches.

Miami’s 128 home runs were five fewer than any other team hit last season. The New York Yankees more than doubled that total, leading baseball with 267.

A week before pitchers and catchers reported this year Miami traded away catcher J .T. Realmuto and his team-high 21 homers from last season.

“I think in general for us we’re trying to find the best hitters we can find — pure hit,” Mattingly said. “With our ballpark there’s guys who have power in Philly and Milwaukee, it may not be power for 81 games in Miami.”

There’s no doubt cavernous Marlins Park turns down the power. Even in 2017, with Stanton, Ozuna and Yelich’s big bats in the lineup, 24 ballparks surrendered more home runs. Last year fewer homers were hit in Marlins Park than anywhere else.

“We play in the big park,” said shortstop Starlin Castro, who came to Miami as part of the deal that sent Stanton to New York. “We don’t have (Aaron) Judge. We don’t have Stanton. We don’t have this guy that’s going to hit 40-plus homers.”

Like Kansas City in the AL Central, although not to the same extent, Miami hopes it can use speed to generate offense.

Shortstop JT Riddle can run, and center fielder Lewis Brinson has speed. Signed to a minor league contract before the start of spring, Curtis Granderson runs well and has some pop. Veterans like Martin Prado and Neil Walker offer bat control to take advantage of holes opened by runners in motion.

“We’re not going to go out and hit the long ball, so we have to do the little things right,” Riddle said.

As spring progressed and players started to lock in their timing at the plate, Mattingly placed greater emphasis on situational hitting. With one week remaining in Grapefruit League play, he’s seeing the kinds of at-bats he’s been hoping for.

“You want to do enough so our guys understand you’ve got to get signs, you’ve got to pay attention to what the situation of the game is,” Mattingly said.

NOTES: Miami starter Trevor Richards pitched six hitless innings against St. Louis on Sunday, striking out six without a walk. The Marlins’ staff took a no-hit bid into the ninth until Dexter Fowler and Paul Goldschmidt opened with singles off Tayron Guerrero.