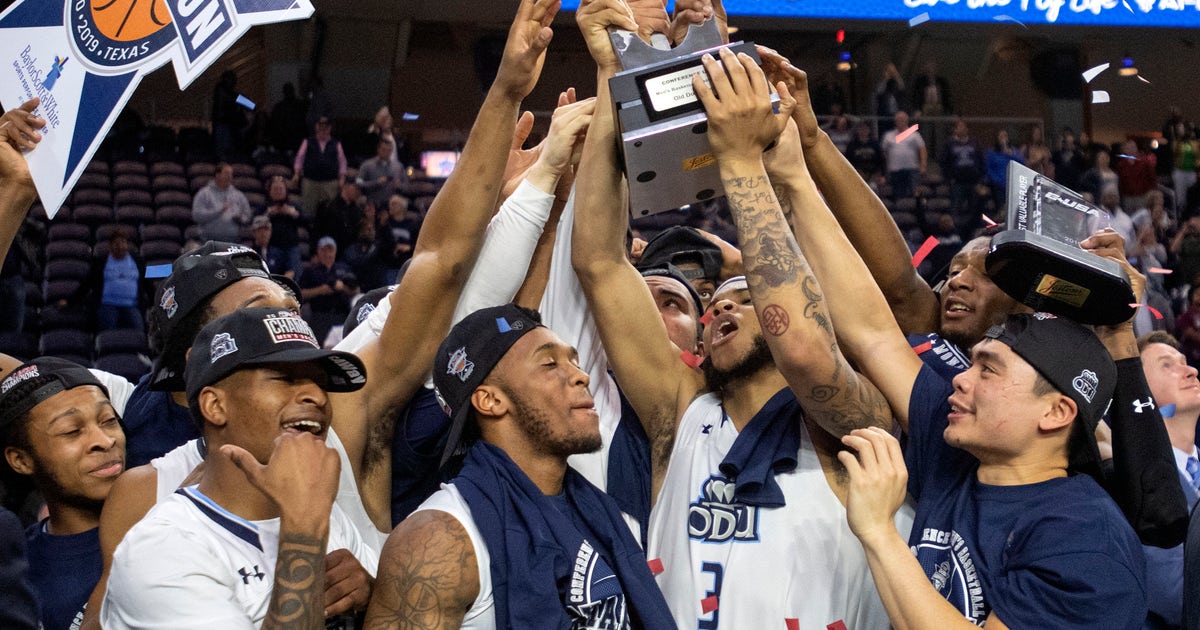 FRISCO, Texas (AP) — Xavier Green scored 14 of his game-high 16 points in the second half to lead Old Dominion to a 62-56 victory over Western Kentucky in the Conference USA Tournament championship game on Saturday night.

Top-seeded Old Dominion (26-8), the eighth-stingiest scoring defense in the latest NCAA statistics (61.2 points per game), won three tournament games by a total of nine points to earn its first NCAA Tournament berth since 2011. Western Kentucky (20-14) was the second seed.

With ODU trailing 37-34, Green made a traditional three-point play to tie the game and added two 3-pointers for the lead.

WKU came back to tie the game at 47-47 before C-USA Player of the Year B.J. Stith scored to break the tie. Green added another 3-pointer for a 54-48 lead and the Hilltoppers didn’t move within four points after that.

Western Kentucky: C-USA Freshman of the Year Charles Bassey struggled in the first half but finished with a game-high 10 rebounds. . WKU made only 18 of 52 field goal attempts (35 percent). . the Hilltoppers finished with 20-plus wins for the 45th time in program history.

Old Dominion: The Monarchs became the fifth C-USA team to win both the regular-season and tournament championship in the same season. . ODU lost to Butler 60-58 in the first round of the 2011 tournament and has a 3-11 all-time record in NCAA Division I play. The Monarchs’ last postseason berth came in 2016, when they were the Vegas 16 champions.

Western Kentucky: Most likely will not receive an NCAA Tournament at-large berth and will wait for an offer from another postseason tournament.

Old Dominion: Will wait on Sunday for their seeding, opponent and site in the round of 64 in the NCAA Tournament.