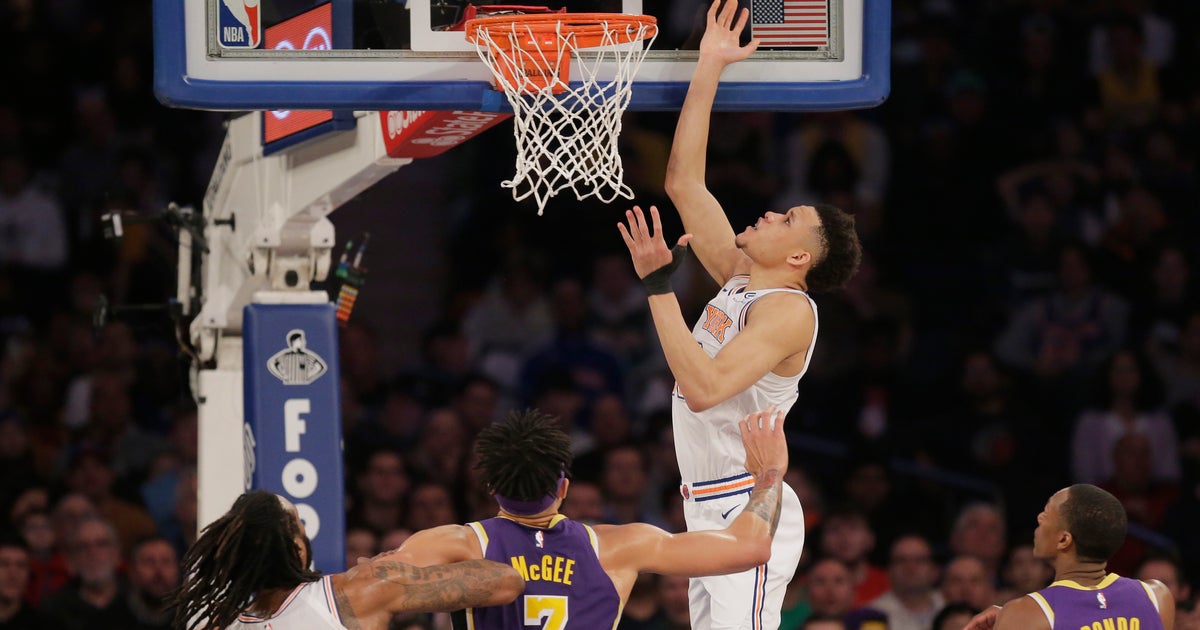 The Lakers led by 11 with under 3 ½ minutes to play before the Knicks charged back largely because of their defense against James. DeAndre Jordan also blocked one of his shots in the final minute, and James also missed a jumper with the Lakers clinging to a one-point lead.

James finished with 33 points, eight assists and six rebounds in his return after sitting out a game, but the Knicks spoiled it with a closing 13-1 burst.

Emmanuel Mudiay had 28 points and eight assists for the Knicks, who snapped an eight-game losing streak. His two free throws with 22 seconds remaining were the final points of the game.

Kyle Kuzma added 18 points for the Lakers, who have lost three straight and eight of nine.

James sat out Friday in Detroit on the second night of back-to-back games and had plenty of energy for his lone visit of the season to Madison Square Garden. And it appeared his Lakers would ease to the victory when James’ jumper with 3:44 to play gave them a 122-111 lead.

But everything changed from there and the Knicks ended up with just their NBA-low 14th victory of the season.

James’ trip to one of his favorite arenas was his first in a long time where his team has no championship hopes, where instead of All-Star teammates, his Lakers had as many mismatched parts as the Knicks. James got the usual big cheers for an exciting play, but also the type of criticism he has rarely faced during his career.

Cameras showed James sitting all the way at the end of the bench during first-half play, far from some teammates. Knicks TV analyst Walt Frazier criticized James for not publicly being more part of the team, saying James “doesn’t really care” about the perception.

ON THE JOB TRAINING

Though rookie Kevin Knox has shot miserably in his first season, Fizdale thought games like Sunday and then Monday against Toronto were good for the first-round pick, no matter how he shot, because they were learning experiences.

“Back-to-back games, I think it’s going to be good for him. LeBron today and obviously Kawhi (Leonard) tomorrow, so welcome to the league, kid, and this is what it’s about. This is why I wanted him in this. Take those lumps now and later on in his career no one will remember this stuff, when he now is the guy that’s beating up on the kids. So this is all good for him.”

Lakers coach Luke Walton said he was “thrilled” for Brandon Ingram, who had thoracic outlet decompression surgery on his right arm Saturday. The forward was ruled out for the season earlier this month after he was diagnosed with deep venous thrombosis. A blood clot caused shoulder pain for Ingram, and Walton said he hadn’t been comfortable talking about Ingram’s health while he and the team were gathering information on treatment options.

“I’m thrilled for him,” Walton said. “He’s a young man that has his whole future ahead of him so it was good to hear that everything was successful.”