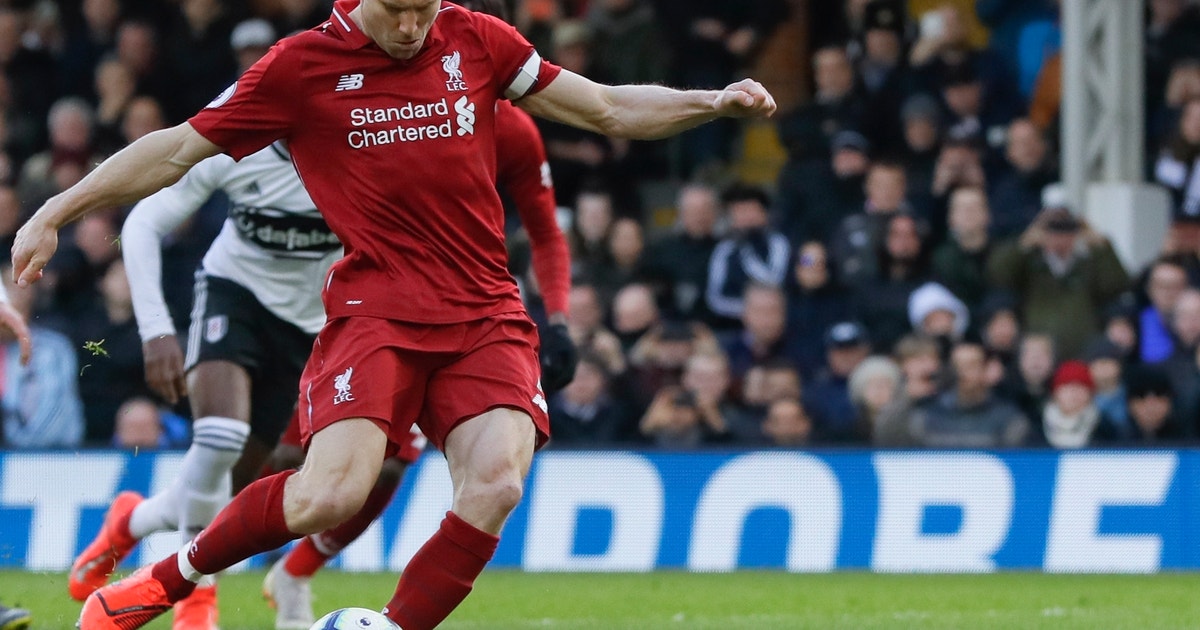 LONDON (AP) — Liverpool required an 81st-minute penalty from James Milner to secure a 2-1 win at relegation-threatened Fulham and return to the top of the Premier League on Sunday.

It looked like Liverpool might miss the chance to climb back above Manchester City when its former forward, Ryan Babel, capitalized on a defensive mix-up involving Virgil van Dijk and goalkeeper Alisson to equalize for Fulham in the 74th minute.

But in another goalkeeping error, Fulham’s Sergio Rico only parried Mohamed Salah’s weak shot then dragged down Sadio Mane — the scorer of Liverpool’s opening goal — to the ground. Milner, only recently on as a substitute, floated the resulting penalty down the middle.

Liverpool is two points clear of City, which has a game in hand in what looks to be a two-team race for the title.

Mane is proving to Liverpool’s most important attacker in the run-in. The Senegal forward made it 11 goals in his last 11 games by converting a cut-back from Roberto Firmino in the 26th minute at Craven Cottage.

It was his 17th Premier League goal, putting Mane level with Salah and only one behind Manchester City striker Sergio Aguero.

Fulham is in next-to-last place, 13 points from safety with just seven games remaining.