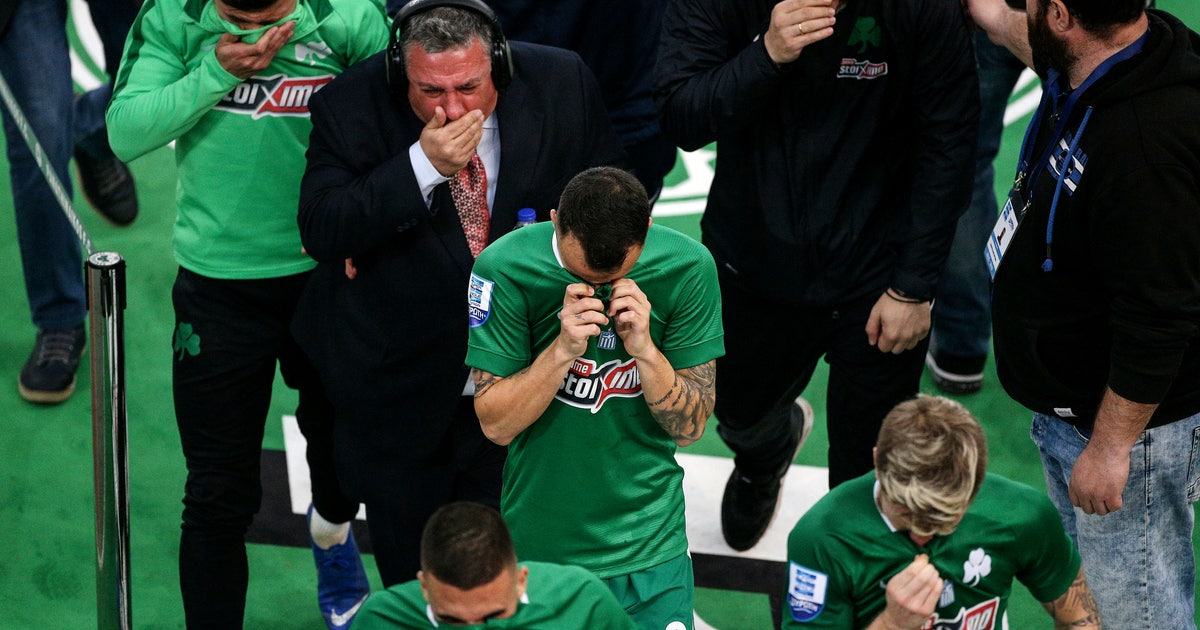 ATHENS, Greece (AP) — Greek league rivals Panathinaikos and Olympiakos had their soccer game abandoned on Sunday after fans from host Panathinaikos clashed with police outside Athens’ Olympic Stadium, and attempted to attack the Olympiakos bench inside the stadium.

With tear gas heavily used as police tried to get back control, referee Marco Fritz stopped play after 70 minutes. He called the game off a half-hour later, saying the stadium had not been made sufficiently safe with Panathinaikos fans still on the edge of the field.

Olympiakos was leading 1-0 at the time the game was abandoned.

Visiting fans are not allowed at Greek league games for fear of violence.

The game was first interrupted in the sixth minute, when about 30 Panathinaikos fans entered the field and attacked the Olympiakos bench before police intervened.

No arrests were made, and no serious injuries reported, but Olympiakos claimed at least one fan was carrying a knife.

Fans attacked police outside the stadium soon after Olympiakos scored in the 53rd minute.