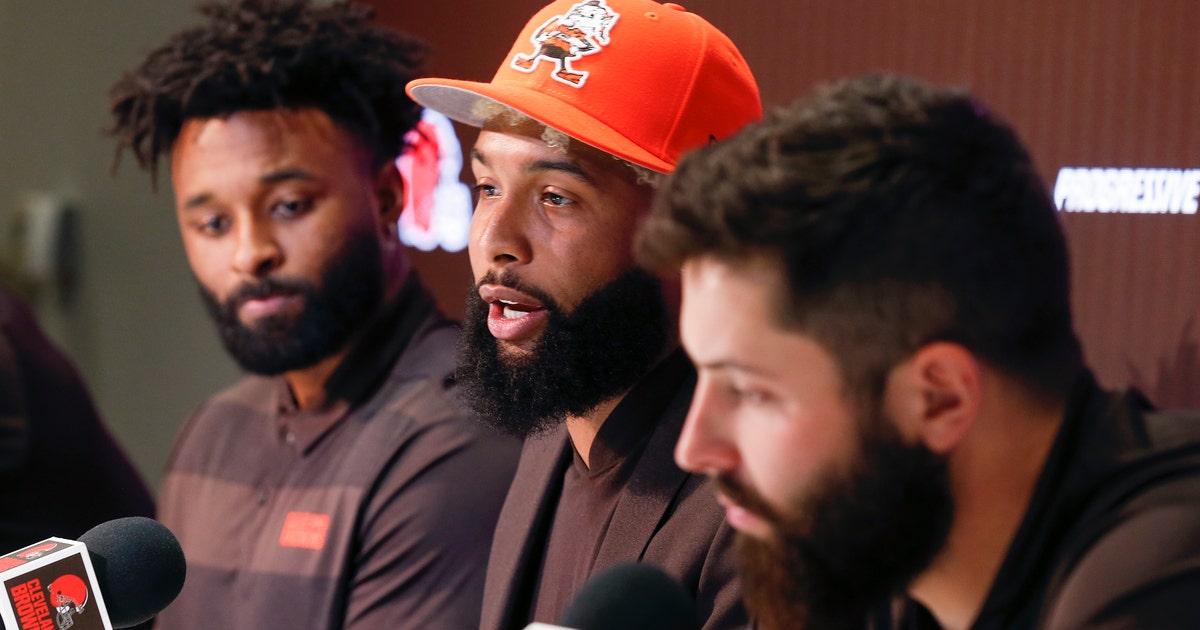 BEREA, Ohio (AP) — Odell Beckham Jr. looked at Baker Mayfield to his left, Jarvis Landry to his right and Myles Garrett at the end of the dais.

“This can’t be real,” Beckham said, a tuft of bleached blond hair poking out from under his orange Cleveland Browns cap.

This was no April Fools’ Day joke.

His drama-filled days in New York behind him, Beckham was introduced Monday by the Browns, whose acquisition of the former Giants star wide receiver has triggered wild expectations for a team that didn’t win one game two years ago.

Beckham said he has finally “come to grips” with the deal and can’t wait to play again with Landry, his former LSU teammate. Beckham called the trade “the biggest blessing of my entire life.”

The 26-year-old Beckham said he greeted new Browns coach Freddie Kitchens with a big hug and told him he loved him.