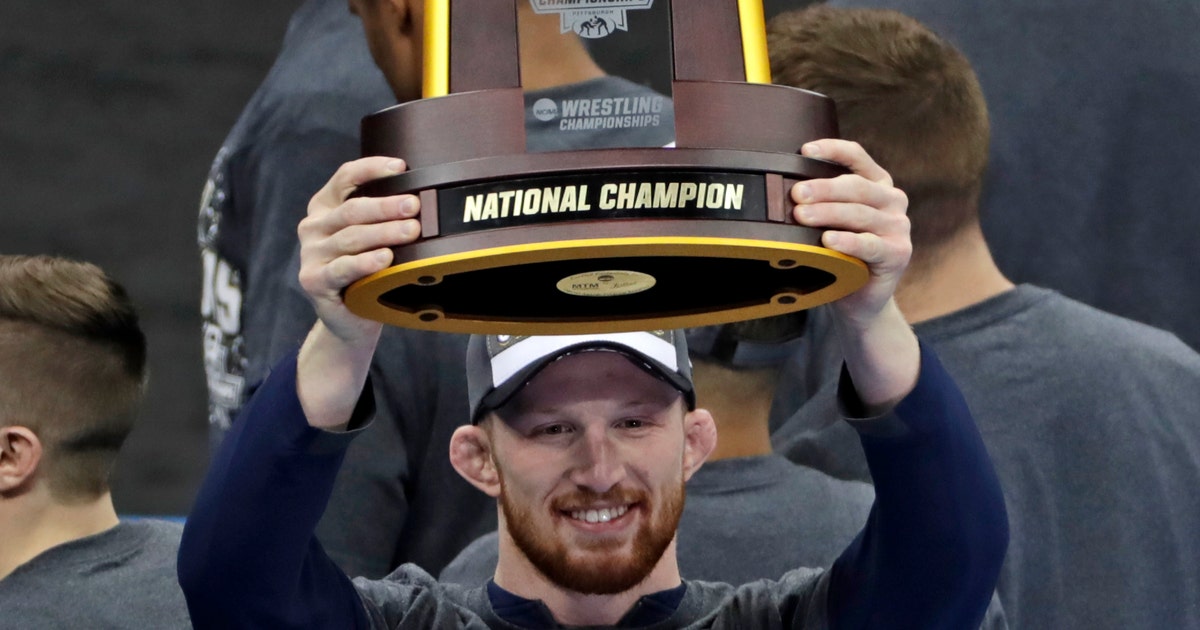 Penn State’s Bo Nickal has been named this year’s winner of the Hodge Trophy, awarded annually to the nation’s top wrestler.

Wrestling publication WIN Magazine announced on Monday that Nickal had claimed the honor after winning his third NCAA title on March 23.

Nickal went 30-0 with 18 pins, three technical falls and six major decisions for the Nittany Lions, who won the team title for the eighth time in nine years at the national meet. Nickal beat out senior teammate Jason Nolf, Anthony Ashnault of Rutgers and Cornell’s Yianni Diakomihalis in a vote done by a committee made up of past Hodge winners, media members and retired college coaches.

Nickal was first on 37 of 51 ballots, and he also won an online poll for fans.