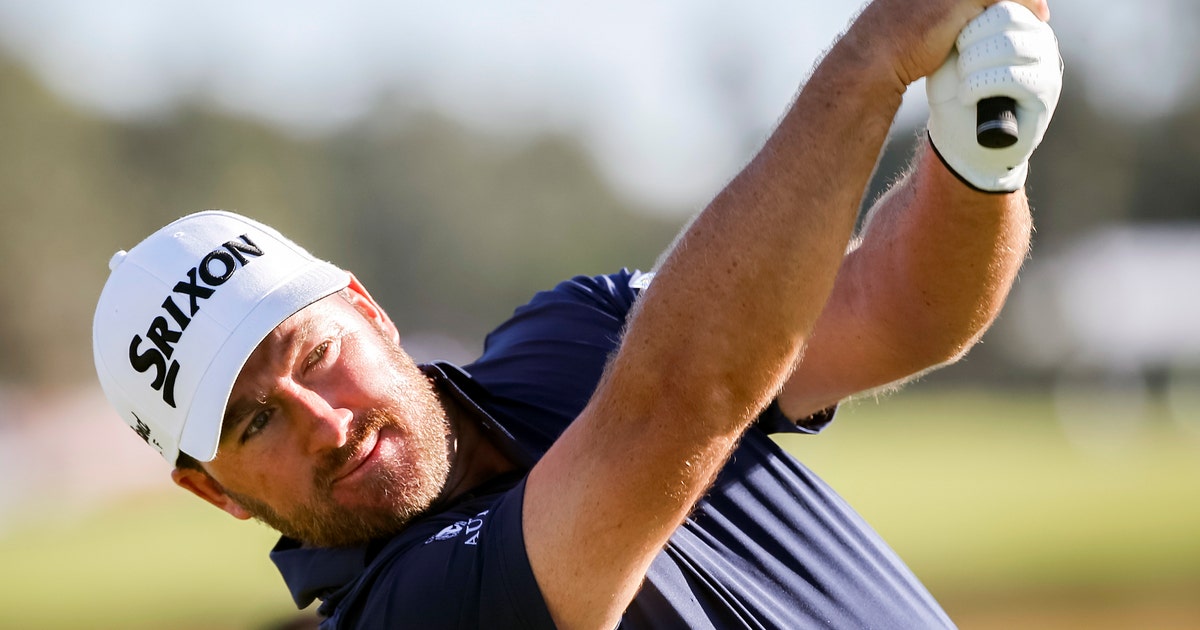 Two of the most significant shots Graeme McDowell has hit in his career were a 6-iron, for different reasons and on entirely different stages.

The most famous was on the 16th hole at Celtic Manor in 2010 at Ryder Cup, which came down to the final match between McDowell and Hunter Mahan. McDowell had a 1-up lead when he hit 6-iron to 15 feet for a birdie that gave him control of the match and led to victory.

The other was Sunday in the Dominican Republic, where McDowell was trailing Chris Stroud by one shot with two holes to play. On the par-3 17th, the 6-iron was so pure that McDowell didn’t even watch, walking over toward caddie Kenny Comboy and looking up only when it settled 8 feet from the flag.

The Ryder Cup made him a hero.

The birdie he made in Punta Cana restored his PGA Tour card.

McDowell, winless on the PGA Tour since Hilton Head in 2017, had been relying on sponsor exemptions. The victory, even at a tournament held opposite a World Golf Championships event, gave him a two-year exemption and moved him to No. 42 in the FedEx Cup.

“Getting my playing privileges was a huge goal this year. It’s a goal I’ve never had before,” McDowell said. “When you’re in the top 50 in the world and you’re playing WGCs and majors, it’s amazing how the points and money toward your playing privileges just kind of come automatically. But all of a sudden when you’re grinding, when you’re asking for invites like I’ve been doing this year, I felt like I had this monkey on my back that I couldn’t shake off.”

The victory didn’t get him into the Masters or the British Open, a big goal because it’s at Royal Portrush in his native Northern Ireland. But he’s in the PGA Championship, he already was in the U.S. Open from his 2010 victory at Pebble Beach and now he can set a schedule around the majors to boost his chances.

“I’ve been needing it too much lately,” McDowell said. “And this is going to go a long way to helping me stop needing it and just going out there playing golf and trying to compete every week.”

Whisper Rock in Arizona is nothing like Augusta National, except in the mind of Paul Casey.

Casey says he can be home on the range preparing for the Masters because he knows Augusta National well enough that he can imagine every shot in every condition.

“Doesn’t matter where the wind’s blowing, doesn’t matter the pin position,” he said. “I could stand anywhere in the world and practice, and try to replicate shots I’m going to need that particular week. I can’t say the same for Bethpage (PGA Championship), maybe Pebble Beach (U.S. Open). I never played Portrush (British Open), so I have no way of preparing for Portrush.”

Casey said he can map out an entire round based on a certain wind condition.

“You can say, ‘OK, the wind’s going to be out of the north today’ and figure it out, literally go through and play 18 holes on the range,” he said. “For me, it’s easy to prepare. It’s very structured. Maybe that’s why my results have been solid around there.”

Casey has finished sixth, fourth, sixth and 15th his last four times at the Masters.

Pinehurst No. 2 and No. 4 will be used for 36 holes of stroke play, and the famed No. 2 course will be used for the opening five rounds of match play. The championship match will start with 18 holes on No. 4. The afternoon round will be played at No. 2.

It’s the second time the USGA has gone outside the box at Pinehurst, where in 2014 it successfully held the U.S. Open and U.S. Women’s Open in consecutive weeks.

This will be the 10th USGA event at Pinehurst.

Lee Westwood delivered a playful, subtle jab when he tweeted that Kevin Kisner is good at match play and that a perfect course for him would be Le Golf National. That’s where Europe beat the Americans in the Ryder Cup last year. Kisner, who finished 14th in the standings, was not chosen.

Kisner thought it was funny. He also didn’t think it was worth reading too much into it.

“I loved Westwood’s comment … being a little cheeky,” Kisner said.

He doesn’t blame Jim Furyk for not taking him as a captain’s pick because “I gave Jim no reason to pick me.”

“I was not on form to go over there,” Kisner said. “I know the golf course suited me perfect. Who was he going to take out? Was he going to leave Phil at home and take Kiz? Nobody is going to do that, right?”

Does that make him a lock for the Presidents Cup team? Not necessarily.

Performing well in a format is only as valuable as form, and there’s a long way to go — including four majors, two World Golf Championships and the FedEx Cup — before the Presidents Cup in Australia. Kisner moved up to No. 15 in the standings.

Only two Match Play champions since 1999 failed to make a team in the year of a Presidents Cup or Ryder Cup: Steve Stricker in 2001 and Hunter Mahan in 2012.

The Valero Texas Open is the last chance for a player to get into the Masters, but only by winning.

Rickie Fowler sees it as his last tournament to get in a competitive frame of mind, even though the TPC San Antonio doesn’t prepare players for Augusta National the way the Houston Open did when it had this spot in the calendar.

“I like playing competitively if I can leading up to majors or some big weeks,” Fowler said. “I definitely have seen it be beneficial to play the week before. You’re not far coming off competition when you tee it up Thursday morning in a major, and it just makes me feel more comfortable and more confident.”

Phil Mickelson felt that way, but the change to San Antonio kept him away.

The British Open at Royal Portrush, already a sellout in record time, has such demand that the R&A is expanding capacity and will offer additional tickets going on sale April 15. This is the first Open in Northern Ireland since 1951. … The ANA Inspiration has gone to a sudden-death playoff three of the last four years, including the eight-hole playoff Pernilla Lindberg won last year over Inbee Park. … Graeme McDowell’s win in the Dominican Republic made it four straight weeks a European-born player has won on the PGA Tour.

Justin Rose returns to No. 1 in the world next week. It will be the sixth straight time that someone reached No. 1 without playing the previous week.

“When you’ve got to make a putt to clear money for the week, to fill your car up and drive back home, it makes you a stronger person. So money has driven me my whole life.” — Kevin Kisner.