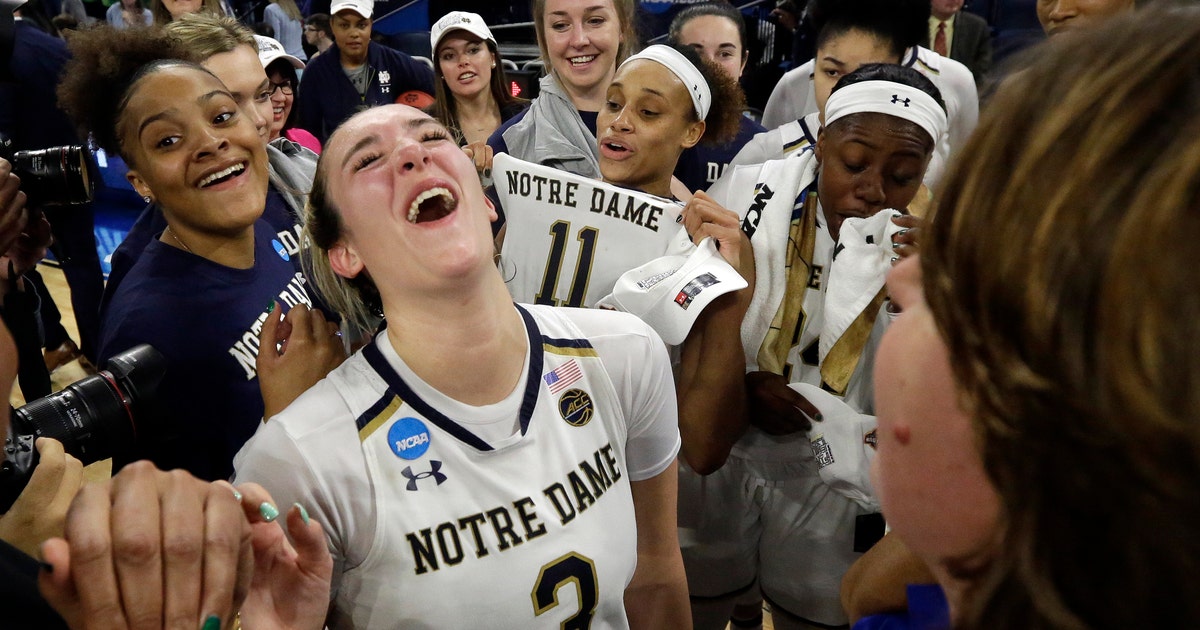 CHICAGO (AP) — Jackie Young scored 25 points and grabbed 10 rebounds to lead defending national champion Notre Dame back to the Final Four with an 84-68 victory over Stanford on Monday night.

The Fighting Irish are headed to the Final Four for the ninth time and will face UConn in Tampa Bay on Friday in a semifinal rematch from last year. They beat the Huskies and Mississippi State on last-second shots by Arike Ogunbowale to claim their second NCAA title.

Young scored seven points in an 11-2 run to end the third quarter that gave Notre Dame a six-point lead.

Ogunbowale finished with 21 points on 6-of-19 shooting, and the Irish pulled away in the second half for their 13th straight win after struggling to get their high-powered offense going.

Kiana Williams led Stanford with 20 points. Dijonai Carrington scored 18. Alanna Smith added 14 points and eight rebounds. But instead of advancing to the Final Four for the 14th time, the Cardinal came up short after winning their previous 12 games.

GREENSBORO, N.C. (AP) — Lauren Cox had 22 points and 11 rebounds, and Baylor earned its first Final Four berth since 2012 by beating Iowa in the Greensboro Regional final.

Didi Richards added 16 points and 10 rebounds, Chloe Jackson had 14 points and the Bears (35-1) — the top overall seed — won their 27th straight game by shooting 53%, clamping down on All-American Megan Gustafson and her supporting cast and holding the nation’s best shooting team to a season-worst 32%.

Now it’s on to Tampa, Florida, for the school’s fourth Final Four and its first in seven years — when the Bears won their second national championship.

The 6-foot-4 Cox — a third-team AP All-America pick — and fellow twin tower Kalani Brown, a 6-7 second-team All-American, teamed up to dominate both the glass and the heavily-hyped matchup with Gustafson, the nation’s leading scorer at 27.9 points per game.

Brown finished with 14 points, and Baylor held a 47-26 rebounding advantage with 20 second-chance points to six for Iowa.

Gustafson finished with 23 points on 9-of-17 shooting, but was held without a rebound in the second half for second-seeded Iowa (29-7). Kathleen Doyle and Tania Davis each had 10 points.