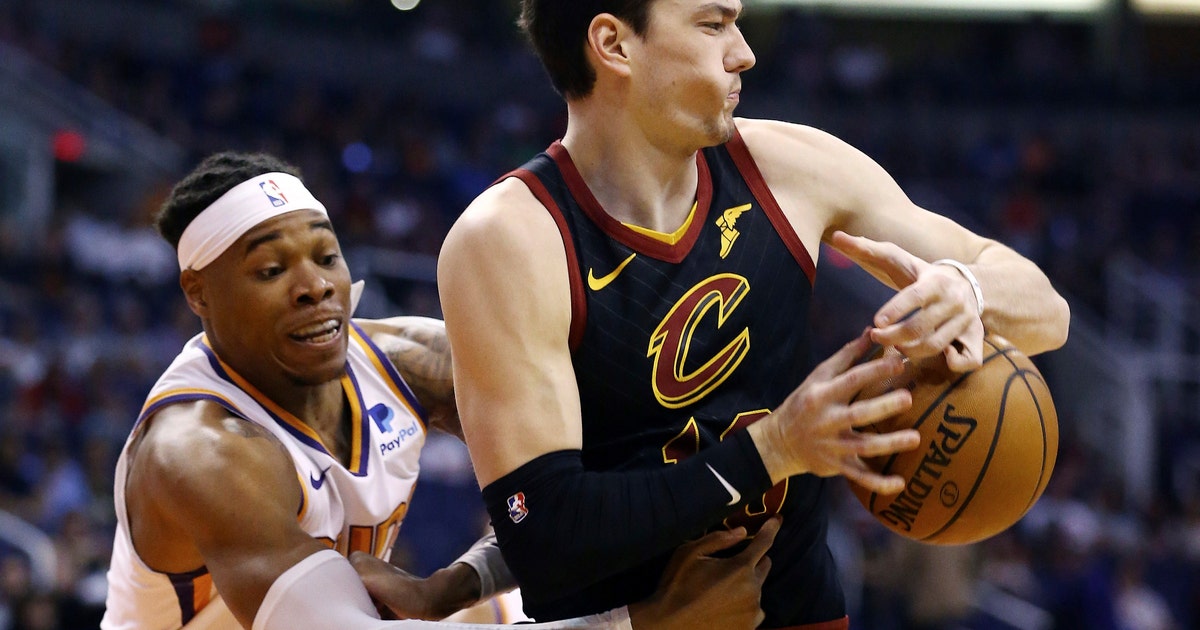 PHOENIX (AP) — Devin Booker scored 25 points after two 50-point games and a 48-point night over the past three, and that was enough to lead the Phoenix Suns to a 122-113 victory over the Cleveland Cavaliers on Monday night.

Booker sat more than eight minutes of the second quarter but had 13 assists. Josh Jackson had 19 points and 10 rebounds, and Jamal Crawford added 19 points for the Suns.

Crawford scored eight points in a surge early in the fourth quarter to give the Suns a 101-86 lead, and Jackson’s baseline drive and dunk followed by his blocked shot that set up a fast-break layup at the other end gave the Suns a 17-point lead.

Cleveland cut the lead to six but got no closer.

Mikal Bridges converted a pair of four-point plays in the first quarter. He hit a 3 and was fouled with 5:57 left, then repeated the feat just before the quarter buzzer to give the Suns a 31-23 lead.

The Cavaliers battled back from a 22-point deficit early in the third quarter to cut the Suns’ lead to 89-82, and trailed 91-84 going into the fourth. Sexton scored nine points in the third.

Crawford, with a four-point play of his own in the second quarter, became the NBA’s career leader in that category with 54, which doesn’t include five in the playoffs.

CAVALIERS: F Channing Frye played his final NBA game in his hometown. Frye plans to retire at the end of this season. He played four seasons with the Suns as part of his 13-year NBA career. … Coach Larry Drew said he doesn’t see F-C John Henson returning to action before the season is over. Henson is doing non-contact work, but hasn’t played since mid-November after left wrist surgery. … Sexton was issued a technical foul early in the third quarter.

SUNS: Bridges became the first Suns rookie and 11th in NBA history to reach 100 steals and 100 3-pointers in a season. He came into the game with 123 steals, and knocked down a pair of first-quarter 3s to reach 100. … The 71 first-half points were a season high for the Suns. They scored 69 in the first 24 minutes at Chicago last November. … Jackson blocked five shots.