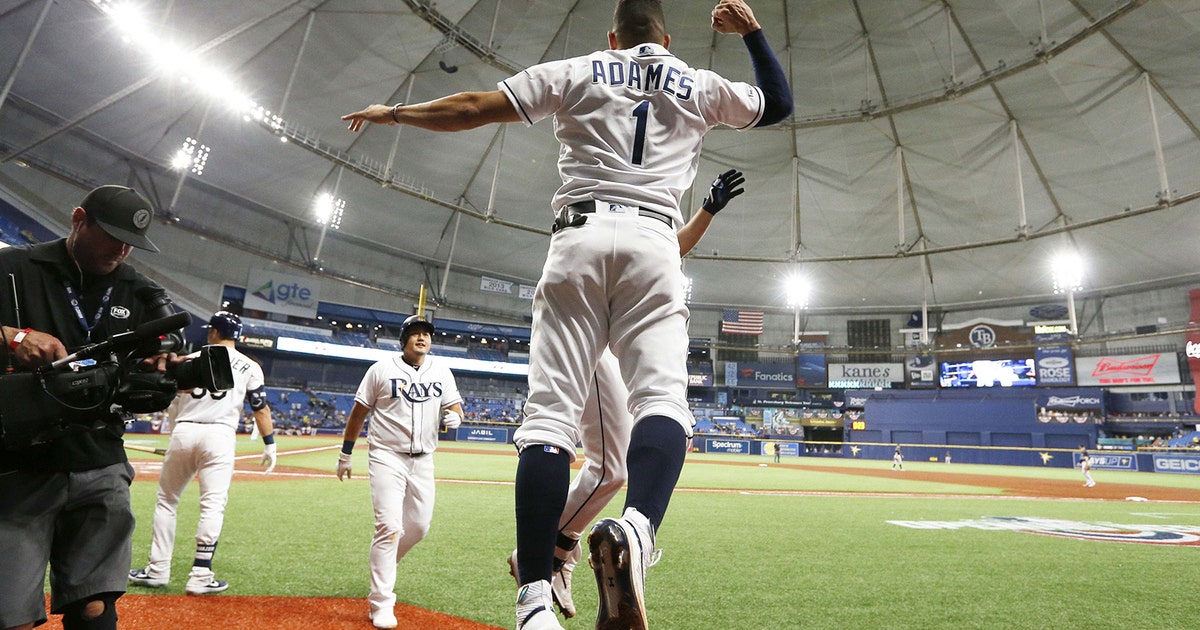 ST. PETERSBURG, Fla. (AP) — Brandon Lowe and Kevin Kiermaier homered to back a strong performance by Tampa Bay‘s bullpen in a 7-1 victory over the Colorado Rockies on Monday night.

Employing the opener strategy that has an integral part of their success since the team began using relievers to fill in for traditional starting pitchers last May, the Rays won for the fourth straight time since a season-opening loss to Houston — matching the best five-game start in franchise history.

Opener Ryne Stanek got it started before a crowd of 10,860, with Ryan Yarbrough (1-0) following and allowing one run and three hits over 4 2/3 innings. Relievers Wilmer Font, Jalen Beeks, Jose Alvarado and Diego Castillo finished up.

Lowe hit a two-run homer in the fourth and Kiermaier added a three-run shot in the sixth to inflict most of the damage against Colorado starter Chad Bettis (0-1), who allowed six runs and seven hits in 5 2/3 innings.

Kiermaier drove in a fourth run with a seventh-inning sacrifice fly.

Nolan Arenado‘s RBI double in the sixth snapped a 17-inning scoreless streak for the Rockies, who’ve dropped three straight after winning the first two games of the season at Miami.

Yarbrough led major league rookies with 16 victories last season, 14 of them out of the bullpen — most by a reliever since Toronto’s Mark Eichhorn and Roger McDowell of the New York Mets had 14 in 1986.

It was the most wins by a lefty reliever since Detroit’s John Hiller won 17 in 1974, and Yarbrough also led AL rookies in innings pitched and strikeouts.

The Rays used an opener 55 times in 2018, going 32-23 in those games in which a reliever started and typically faced between three and nine batters.

The 27-year-old reliever allowed one hit — Arenado’s two-out single — and struck out three in one inning Monday night.

Yarbrough was sharp, too, until running into trouble in the sixth, when he hit Charlie Blackmon with a pitch and gave up a one-out single to David Dahl before being replaced by Font. The next batter, Arenado, doubled down the left field line to trim Colorado’s deficit to 3-1.

The Rockies had not scored since the sixth inning of Saturday’s 7-3 loss at Miami. The Marlins shut them out 3-0 on Sunday.

Rockies: INF Daniel Murphy was placed on the 10-day injured list with a left index finger fracture that occurred Saturday. Manager Bud Black had no pregame update on Murphy, who was scheduled to see a hand specialist Monday. … Black said RHP Jon Gray, who left his start Sunday with right calf cramps, is fine.

Rays: INF Joey Wendle went on the 10-day IL with a strained left hamstring. Hurt on Sunday, Wendle said it’s hard to know how long he’ll be out until he gets back to working out at full speed.