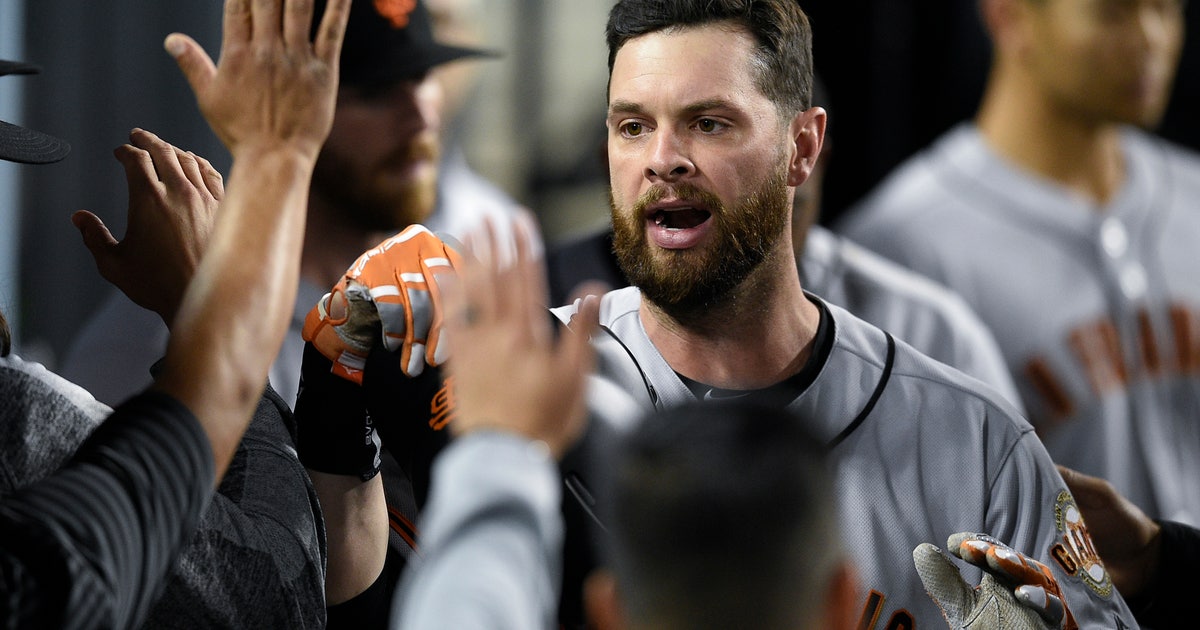 LOS ANGELES (AP) — Brandon Belt hit a go-ahead, two-run double off Scott Alexander in the seventh inning, and the San Francisco Giants rallied for a 4-2 victory over the rival Los Angeles Dodgers on Monday night.

Belt homered on the first pitch from struggling reliever Joe Kelly leading off the sixth that left the Giants trailing 2-1.

Pinch-hitter Yangervis Solarte reached on an infield single to third leading off the seventh. Two outs later, Solarte scored on Pablo Sandoval’s single that took one bounce off the mound and sailed into center field. Fans lustily booed Kelly (0-1).

Steven Duggar followed with a double to center, and boos again rang in Kelly’s ears as he walked to the dugout after being removed.

Trailing 4-2 in the ninth, Dodgers pinch-hitter Max Muncy walked. But Cody Bellinger and Chris Taylor struck out to end the game, wasting a stellar start from young left-hander Julio Urias.

Trevor Gott (1-0) earned the victory and Will Smith recorded his second save.

Kelly has proven disappointing in his first two outings. He signed a $25 million, three-year deal to come over from the World Series champion Boston Red Sox in December after not allowing a run in five World Series appearances against the Dodgers last fall.

The right-hander gave up three hits, two earned runs, and a walk in 1 1/3 innings against Arizona in his debut Friday.

Giants third baseman Evan Longoria went 0 for 4 with a strikeout in his return after a sore left calf kept him out Sunday against San Diego.

Taylor and pinch-hitter Alex Verdugo homered in the fifth to give the Dodgers a 2-0 lead. Their power surge carried over from a season-opening series against Arizona in which they smashed 14 homers.

The Dodgers were limited to a trio of singles over the first four innings before Taylor and Verdugo homered off Drew Pomeranz in his Giants’ debut to give the Dodgers a 2-0 lead.

For Taylor, it was his first hit of the season after going 0 for 9 against the Diamondbacks. He sent a 1-0 pitch halfway up the left-field pavilion leading off the fifth.

One out later, Verdugo stroked his second career pinch-hit homer into center field. He came in for Urias, who made his first start in nearly two years with Clayton Kershaw and Rich Hill on the injured list.

Urias allowed three hits over five innings and struck out seven. The 22-year-old spent most of last season recovering from left shoulder surgery.

Pomeranz gave up two runs and six hits in five innings. The left-hander struck out six and walked one while falling to 1-5 in eight career appearances against the Dodgers. He faced them for the first time since 2016.

Dodgers: Kershaw (shoulder inflammation) will make a minor league rehab start in Oklahoma City on Thursday. After that, the left-hander and the team will decide whether he needs one more start before returning to the majors.