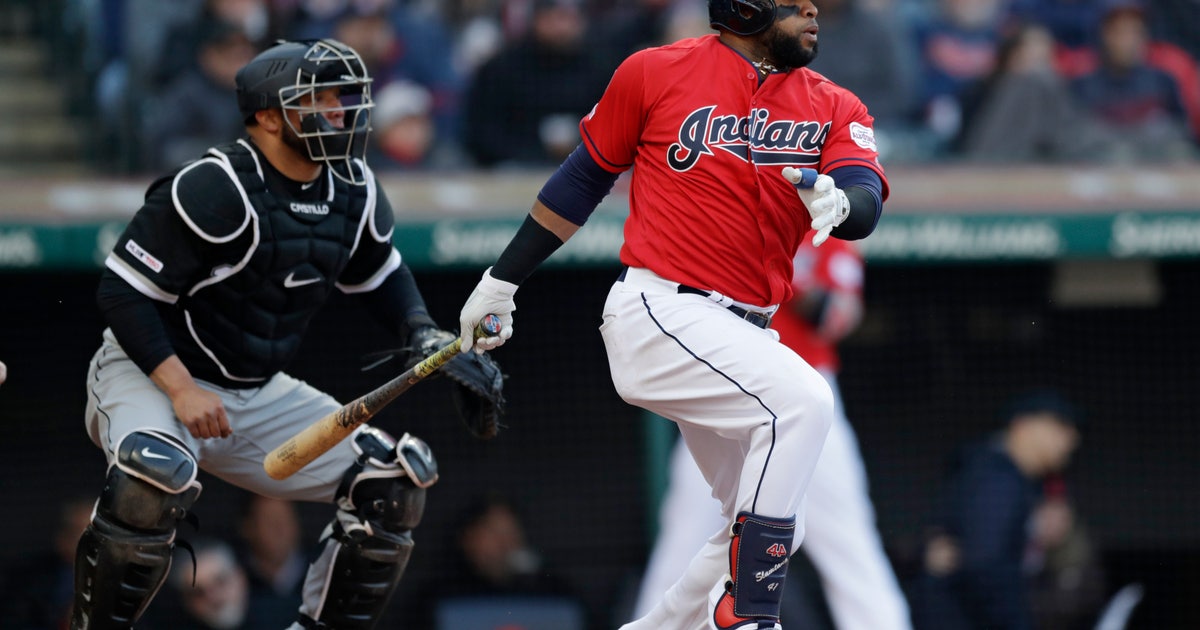 CLEVELAND (AP) — Roberto Perez drew a bases-loaded walk on four pitches from Dylan Covey in the eighth inning as the Cleveland Indians rallied for a chilly 5-3 win in their home opener over the Chicago White Sox on Monday.

The Indians, whose bats have started out as cold as the weather, did just enough — and got some needed help from the wild White Sox — to score four runs in the eighth after nearly wasting starter Mike Clevinger’s dominant performance.

Clevinger allowed one hit in seven innings, striking out 12.

After the dreadful outing by Covey (0-1), Caleb Frare came in and walked pinch-hitter Greg Allen on five pitches to force in another run and give the Indians a 5-3 lead. White Sox manager Rick Renteria made several visits to the mound in the eighth to try and get his relievers on target, with minimal success.

Cleveland’s Jon Edwards (2-0) picked up the win despite giving up a two-run homer to White Sox rookie Ryan Cordell in the eighth. Brad Hand worked the ninth for his second save.

Perez’s go-ahead walk came after the Indians fell behind 3-1 and fought back against Covey, who was hurt by second baseman Yolmer Sanchez’s error. Max Moroff added an RBI single as the Indians tied it 3-all.

Down 1-0 after flailing at Clevinger for seven innings, the White Sox scored three in the eighth, highlighted by Cordell’s shot to center off Edwards.

Clevinger overpowered Chicago’s hitters before leaving after 106 pitches. He was replaced by Adam Cimber, who was in trouble right away when he threw Jose Rondon’s slow roller past first for an error. After a sacrifice, Oliver Perez came on and allowed Yoan Mocada’s RBI double.

Cordell, who had 37 at-bats last season after being promoted from Triple-A Charlotte, then drove a 1-0 pitch over the wall.

While the Indians opened their 26th season at Progressive Field, their best player was getting a second opinion on a left ankle injury that could be more serious than first believed.

All-Star shortstop Francisco Lindor, who missed all of spring training with a right calf strain, was in Green Bay, Wisconsin, visiting foot and ankle specialist Dr. Robert Anderson. The team was anxiously awaiting results on Lindor, who injured his ankle while playing in a minor league game last week.

The Indians initially diagnosed the injury as an “acute sprain” but sent Lindor to Anderson for a second opinion.

White Sox: SS Tim Anderson was a late scratch when his wife went into labor. He is expected to rejoin the team Thursday when the White Sox return to Chicago. Rondon moved from second to short.

Indians: Manager Terry Francona has no timetable for 2B Jason Kipnis, who is on the injured list with a strained calf. Kipnis has made some progress and recently ran the bases. … OF Bradley Zimmer recently strained a side muscle while recovering from shoulder surgery. Francona said the new injury “knocked him back about a week or 10 days.”

Following an off day, the clubs will conclude the two-game series Wednesday with Cleveland ace Corey Kluber facing Carlos Rodon. Kluber’s 13 career wins against the White Sox are his most against any opponent.