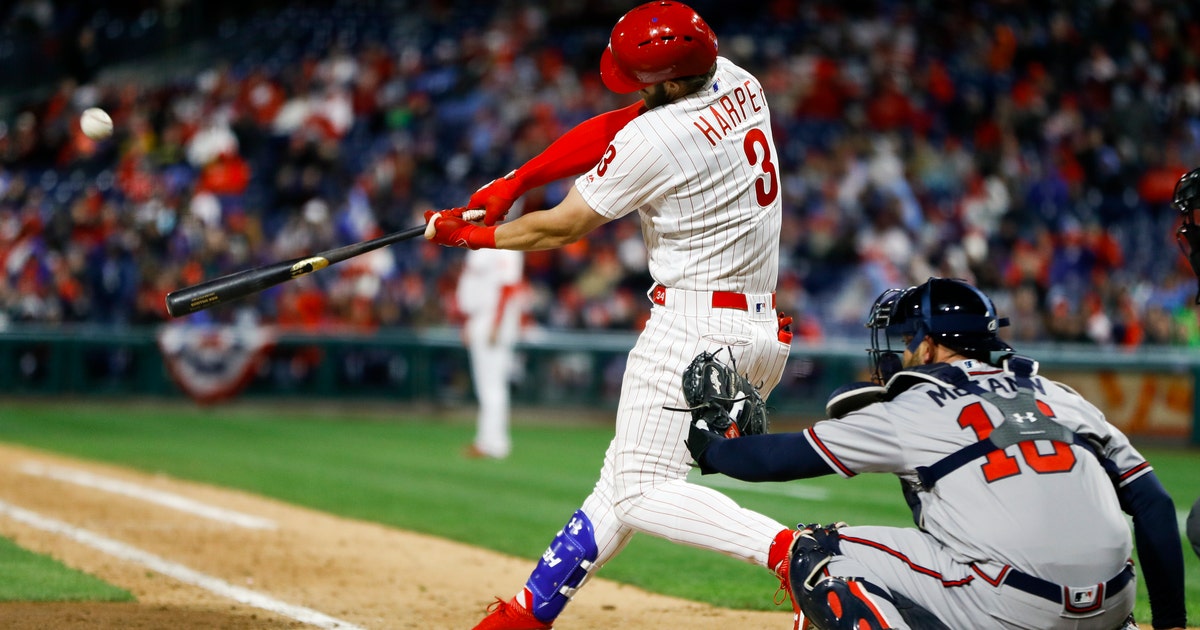 A look at what’s happening around the majors Tuesday:

From the moment Bryce Harper signed his $330 million, 13-year deal with the Phillies, this game is the one everyone has been thinking about: Tuesday night marks Harper’s initial visit to Nationals Park to face his former team. What will the crowd’s reaction be the first time he steps to that plate in a uniform other than Washington’s? What sort of tribute will there be from the Nationals? What sort of gesture will the outfielder himself make? And how will Harper, who loves the spotlight, fare in the reunion — especially against Max Scherzer? Philadelphia enters as baseball’s only undefeated team, 3-0 after pummeling the Braves at home — an effort helped by two long home runs from Harper.

The Indians have sent All-Star shortstop Francisco Lindor for a second opinion on a left ankle injury that could be more serious than first believed. Lindor was in Green Bay, Wisconsin, on Monday, visiting foot and ankle specialist Dr. Robert Anderson. Lindor injured his ankle while playing in a minor league game last week. The Indians initially diagnosed the injury as an “acute sprain” but sent Lindor to Anderson for a second look. Cleveland sure could use him in the lineup. The team has scored 10 runs through four games this season, batting .164 with a .485 OPS.

Red Sox lefty Chris Sale makes his second start after getting thumped by Seattle in Boston’s opener. Sale allowed seven runs and three homers over three innings, looking rusty after getting a lighter workload in spring training. The Red Sox hoped that limiting their starters early might make them more effective late in the year, but Sale, Nathan Eovaldi, Eduardo Rodriguez and Rick Porcello all got hit hard the first time through the rotation. Sale will face Oakland’s Mike Fiers (1-1, 5.00), already making his third start this season, including during a two-game series in Tokyo.

Jordan Zimmermann makes his second start of the season for Detroit after taking a perfect game into the seventh inning on opening day. Zimmermann’s bid ended when Toronto’s Teoscar Hernandez reached on a two-out infield single, the only hit allowed by the veteran right-hander over seven innings. He should be fresh, only needing 70 pitches to thwart the Blue Jays.

He’ll oppose Yankees righty Masahiro Tanaka, who was also strong on opening day in a win over Baltimore. The Yankees limped into the series against Detroit, putting Giancarlo Stanton (strained left biceps) and Miguel Andujar (strained right shoulder) on the 10-day injured list before Monday’s game.