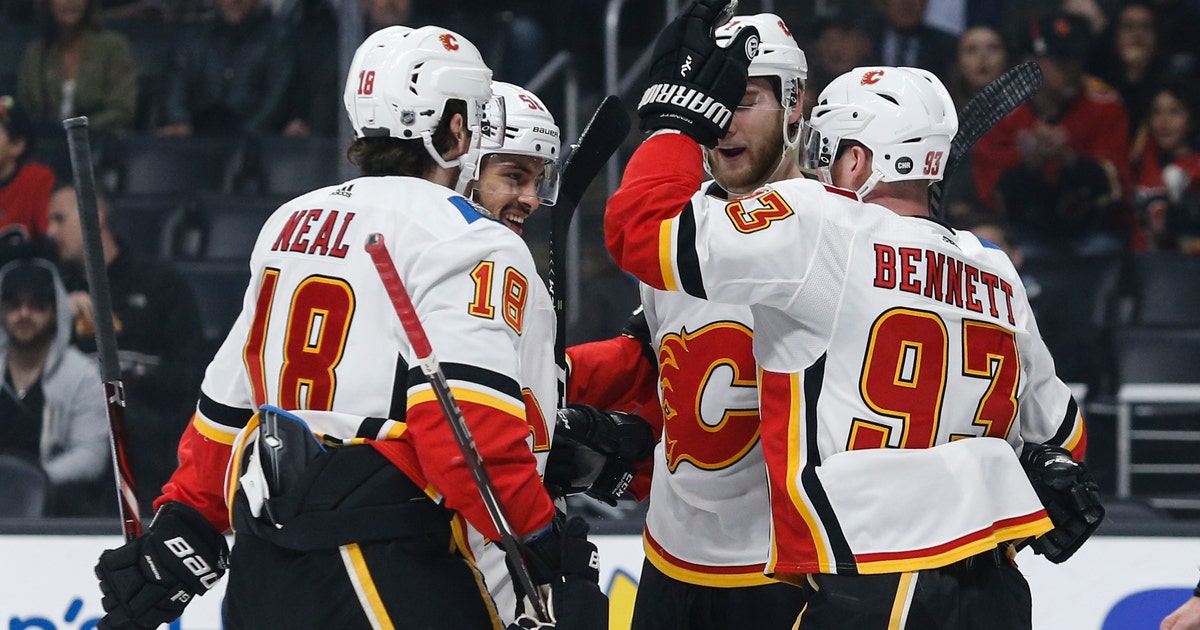 Calgary clinched the Pacific Division title and the top seed in the Western Conference playoffs Sunday night with a 5-3 win at San Jose.

Jonathan Quick was removed in the third period after allowing seven goals on 25 shots. Dustin Brown scored for the Kings, and Anze Kopitar had an assist in his 1,000th game.

Gaudreau put the Flames up 3-2 at 6:46 of the second period with a sharp-angle shot into the far corner. He has one goal and four assists during a four-game point streak.

Jack Campbell replaced Quick after Jankowski put the Flames ahead 7-2 at 8:45. Campbell made five saves in relief.

The teams were tied at 2 after the first period. Ryan put Calgary ahead 2:07 into the game, but Kyle Clifford tied it at 13:29 when the Kings caught the Flames making a line change.

Bennett put Calgary back in front 2-1 at 14:09 in his return after missing five games because of an upper-body injury. Brown tied it at 19:40, with Kopitar getting the secondary assist.

NOTES: Bennett and Kings D Kurtis MacDermid did not return after both players were injured in a collision late in the second period. … Jankowski has two goals and two assists in his past two games. . Kings forward Ilya Kovalchuk had an assist after being a healthy scratch the previous six games.

Flames: At the Anaheim Ducks on Wednesday night.

Kings: At the Arizona Coyotes on Tuesday night.