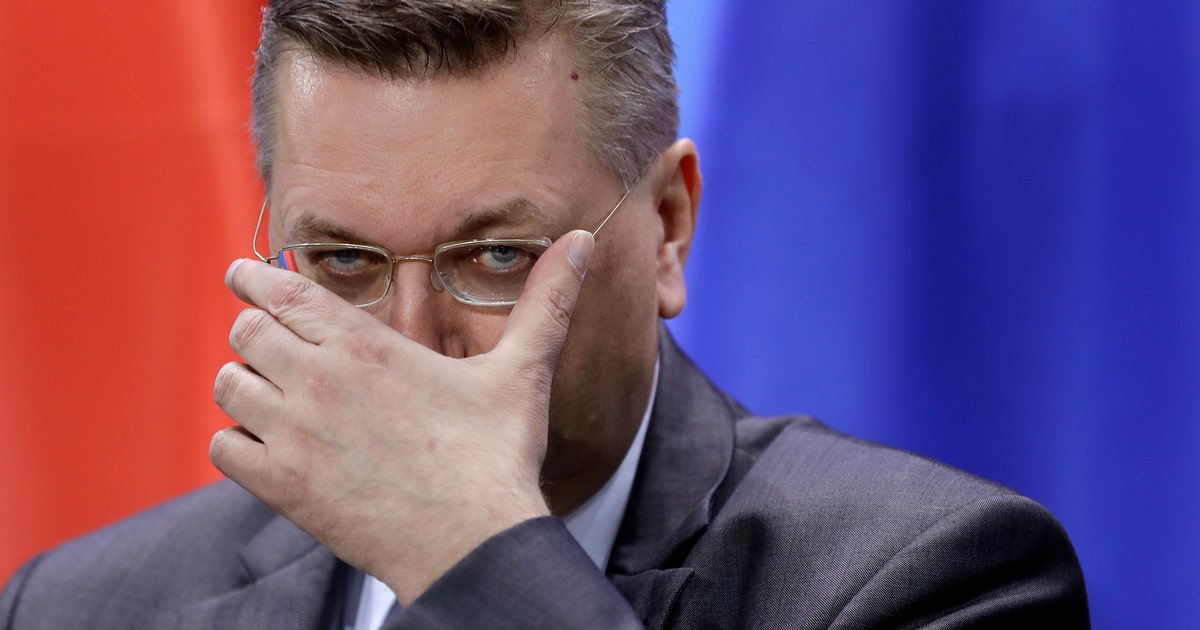 GENEVA (AP) — An international soccer body has several top elected officials under scrutiny by media at home and under investigation internationally.

A vice president resigns from his domestic soccer job on Tuesday, undermined by newly revealed details of personal earnings after missteps with an under-performing national team.

A second top official’s job switch last month does not stem a swathe of questions, including from lawmakers, about his personal finances and leadership.

Two more officials are recently elected despite being subject in Switzerland to, respectively, a criminal proceeding for bribery and a criminal complaint for alleged death threats to a reporter.

Business as usual for soccer’s scandal-hit world body FIFA? Not this time.

The image of European soccer body UEFA is being tested by some of its 20-member executive committee at a sensitive time.

UEFA typically occupies the moral high ground in soccer, yet some of its ruling class has provoked negative headlines during hardball negotiations with FIFA, clubs, and European leagues about the next World Cup and future Champions League changes.

Here’s a look at some UEFA officials in a tough run of form:

Grindel carried a glass of Champagne through the players’ interview zone after the final in St. Petersburg, Russia. He oversaw the undisputed No. 1 team weeks after being elected by European colleagues to join the ruling committees at FIFA and UEFA.

Grindel admitted to errors, and was accused of racism, in alienating Mesut Ozil and Ilkay Gundogan after they posed for photos with Turkish President Recep Tayyip Erdogan. Ozil felt he was made a scapegoat for the failure, quit the team, and criticized Grindel.

Though Germany later beat Turkey in a UEFA hosting vote for the 2024 European Championship, Grindel’s reputation was hit. Pressure was added by revelations last week of 78,000 euros ($87,000) in undeclared income from a media subsidiary.

Grindel resigned on Tuesday and apologized for accepting a luxury watch from a Ukrainian colleague at UEFA.

Still, he can continue getting more than $400,000 plus expenses annually from his UEFA and FIFA positions, maybe until March when European federations are next scheduled to meet for a possible election.

Until then, he risks being a lame duck at FIFA meetings. Few at Zurich will feel sorry for one of their regular critics.

Grindel’s exit sets an uncomfortable precedent for John Delaney, his UEFA colleague since both were elected in April 2017.

Delaney has similar problems at home fueled by a series of Sunday newspaper stories about his finances, including a 100,000 euros loan to his employer.

He ended an often turbulent 14-year stint as Irish soccer federation CEO last month, though by switching to a new executive vice presidency. That complies with UEFA’s rule that candidates for executive committee (ExCo) elections must actively run domestic soccer.

Fans were not buying that. An anti-Delaney protest last week saw a hail of tennis balls thrown on the field to interrupt a Euro 2020 qualifying game in Dublin.

Two weeks ago, Grindel, Delaney and other UEFA leaders met in Nyon, Switzerland, to open talks with the European Club Association (ECA) about proposed Champions League changes taking effect in 2024. Tricky negotiations should take at least one year.

Paris Saint-Germain president Nasser Al Khelaifi plays on both sides. In February, the Qatari television boss joined UEFA’s ExCo as one of two ECA nominees despite being a criminal suspect in the broad Swiss federal investigation of FIFA.

Al Khelaifi denies the allegation he bribed a senior FIFA official with use of an Italian vacation villa to help secure World Cup TV rights for Qatar-owned BeIN Sports.

Letters UEFA received from former lawmakers and NGOs in Ukraine alleging financial wrongdoing by Pavelko were “without any concrete proof” or evidence of court proceedings, Ceferin said in Rome two months ago.

Pavelko is also subject to a criminal complaint to prosecutors in Neuchatel, Switzerland. A journalist alleges he received death threats by telephone after writing about Pavelko in a Swiss magazine. Prosecutors are examining the complaint.

Duka, the head of Albania’s soccer federation for 17 years, was elected to UEFA’s ExCo on his latest attempt in February.

The club’s appeal at the Court of Arbitration for Sport is due this year against a UEFA investigation which tied the club to politicians and corrupt gambling.

Though not publicly linked by UEFA to match-fixing, Duka’s name did appear in internal case documents, a person familiar with the case told The Associated Press. The person spoke on the condition of anonymity because the case is confidential.