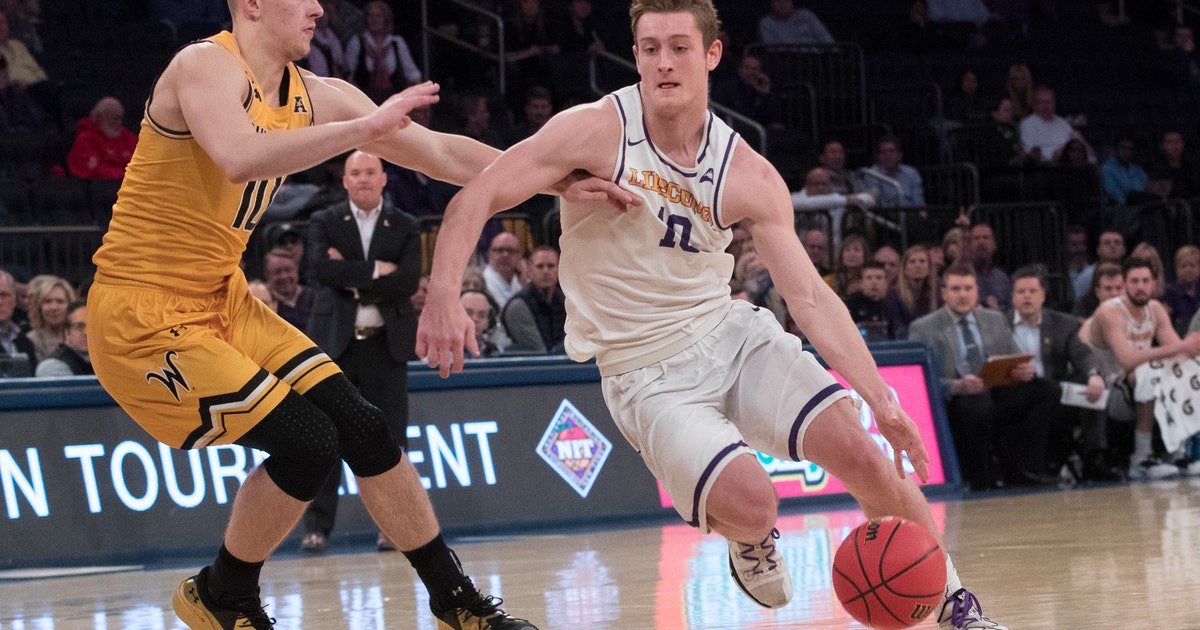 NEW YORK (AP) — Garrison Mathews is the kind of player only the most die-hard basketball fans would know, his prolific scoring seldom on any sports highlight clips. With the college basketball spotlight blasted on Madison Square Garden, Mathews put the sport on notice and buried a shot in the clutch that sparked madness for tiny Lipscomb.

Mathews swished his ninth 3-pointer of the game in front of an exuberant Lipscomb bench for the lead with 1:10 left in the game to send the Bisons on their way to the NIT championship in a 71-64 win over Wichita State on Tuesday night.

“It was good to just do it for the team and kind of give us a lift,” he said.

He carried them to the NIT final.

Mathews had been buried in obscurity for the ASUN Conference Bisons (29-7), but put on a show on national television in crunch time at Madison Square Garden. He yelled as the shot fell from beyond NBA 3-point range and the Bisons rose from the bench in jubilation. Mathews sealed the win with free throws and finished with 34 points, setting the state for Lipscomb to play for its first NIT championship.

“People should know about us by now,” forward Rob Marberry said. “I think people can finally see Lipscomb’s a basketball school now.”

Wichita State’s Samajae Haynes-Jones stole the ball near the 3-point line and the 6-foot guard exploded for a fast break dunk that turned MSG yellow and gave the Shockers a late double-digit lead. But they faded down the stretch and one of the hottest second-half teams in basketball missed their final 10 shots and over the final 8-plus minutes to head home empty-handed.

Dexter Dennis scored 13 points and Markis McDuffie had 12 for the Shockers.

The Shockers had a solid season under coach Gregg Marshall, six years after he led the program to the Final Four. Marshall led the Shockers to the 2011 NIT championship, a springboard for the most successful era in program history. The Shockers (22-15) made their own sensational run in the NIT, beating the No. 1, 2 and 3 seeds, all on the road, just to make it to New York.

“This was a year we could have taken a big dip. I mean, a big dip,” Marshall said. “But we’re in Madison Square Garden playing in April.”

The Shockers had their hands full against the fifth-seeded Bisons.

A year after NIT champion Penn State drew big, rowdy crowds to Madison Square Garden, the arena was nearly empty for the matchup between teams from Kansas and Tennessee. New Yorkers wasted their chance to watch Mathews, named to The Associated Press All-America honorable mention team. Mathews was named ASUN player of the year and averaged 26.3 points in the NIT. He entered with a whopping 2,429 career points and scored 44 points in an NIT quarterfinal win over North Carolina State.

He created open looks by moving without the ball and was a burst of energy in Lipscomb’s first ever game against the Shockers.

Mathews hit three 3s and scored 18 points in the first half to give Lipscomb a 35-30 lead at the break. The Bisons, who lost the ASUN Tournament championship game to Liberty, looked to Mathews every chance they got. He buried a 3 on a fast break off a turnover to bring the Bisons within one, and even his misses worked in their favor. He missed on a long 3, but Ahsan Asadullah scored on an uncontested tip for a five-point lead.

The NIT was a bit of a mad scientist in the college basketball lab. The 3-point line was extended to the same distance used by FIBA (22 feet, 1.75 inches). The free throw lane matched the NBA and was widened from 12 to 16 feet. The shot clock also reset to 20 seconds after an offensive rebound instead of the full 30 seconds, as well as other minor changes.

The experimental rules will help the NCAA determine if a marginally more difficult 3-point shot will be effective for college basketball and if widening the lane will reduce physicality and create more driving opportunities.

“The style of play in men’s college basketball is healthy and appealing, but the leadership governing the game is interested in keeping the playing rules contemporary and trending favorably,” said Dan Gavitt, NCAA senior vice president of basketball.

Lipscomb: Faces the winner of the semifinal between TCU and Texas.