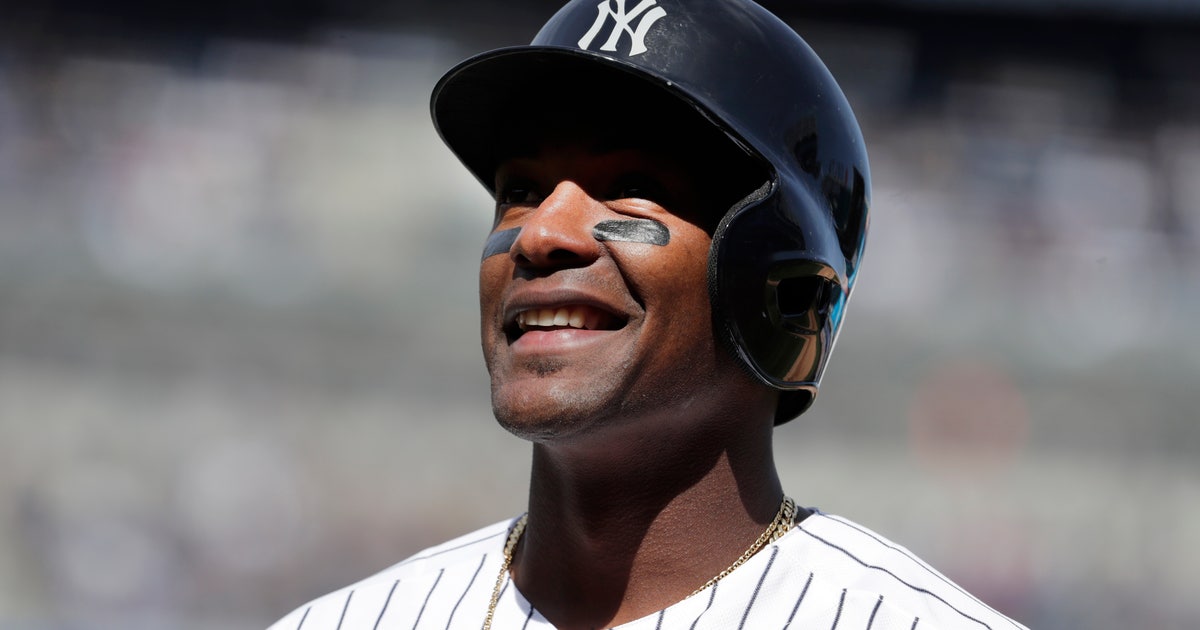 NEW YORK (AP) — Miguel Andujar is hopeful he can avoid surgery and return to the New York Yankees‘ lineup this year.

The third baseman has a small labrum tear in his right shoulder that landed him on the 10-day injured list Monday along with fellow slugger Giancarlo Stanton, who strained his left biceps. They joined a long list of Yankees regulars already sidelined just a few games into the season, and Andujar’s status is perhaps the most uncertain.

“We’re in the very early stages, so I think it’s just got to play out over the next few days and then as he starts ramping back up, I think it’ll become clear,” manager Aaron Boone said Tuesday.

The team will try treating Andujar’s injury with physical therapy and a rehab program. If that doesn’t work, he could require surgery that would “compromise his season,” Boone acknowledged Monday night.

“It’s tough,” Andujar said through a translator. “But at the same time I’m optimistic because my shoulder is strong. The physical tests on my shoulder came back with good results. My strength is there, so the probability of me working through this and getting back on the field are there. It’s a matter of following up now with the trainers, follow the plan that we have.”

He was injured Sunday sliding headfirst back into third on a bases-loaded pickoff attempt by Baltimore catcher Pedro Severino.

“When I went back I kind of landed a little weird, so I felt a little discomfort,” the 24-year-old Andujar said.

Still, he finished the game and didn’t think it was anything serious. A day later, tests showed the tear and suddenly his entire season was in jeopardy.

“You don’t want to get too ahead of yourself and start thinking about a second option or surgery and all that stuff because, like I said before, I feel strong in my shoulder,” Andujar said before the Yankees hosted Detroit. “The physical tests were good, so that’s encouraging. I feel good. I feel positive. I feel that the first step is the right step, which is to do physical therapy and kind of see where we are in a couple weeks.

“Why start thinking about the worst possible scenario when there’s still a chance that we can go through this and I can get back on the field?”

The injuries to Stanton and Andujar left the Yankees with nine players on the IL, including pitchers Luis Severino and Dellin Betances, center fielder Aaron Hicks and shortstop Didi Gregorius. Left-hander CC Sabathia is expected to join them Wednesday after completing his five-game suspension for hitting a batter with a pitch last September.

Betances (right shoulder impingement) threw a bullpen Tuesday that went well, according to Boone. Rookie right-hander Jonathan Loaisiga will be called up from Triple-A Scranton/Wilkes-Barre to start Wednesday against the Tigers.

Not exactly the power-packed lineup the Bronx Bombers envisioned this season after setting a major league record with 267 home runs last year. Bird even took grounders at third base before the game, just in case of emergency.

“We have the guys now and moving forward capable of doing really good things, and that’s our expectation and nothing’s changed,” Boone said. “We expect to be really good, and we feel very confident in the guys we have right now on the roster despite some of our injuries. So yeah, the expectation is, let’s go get it.”