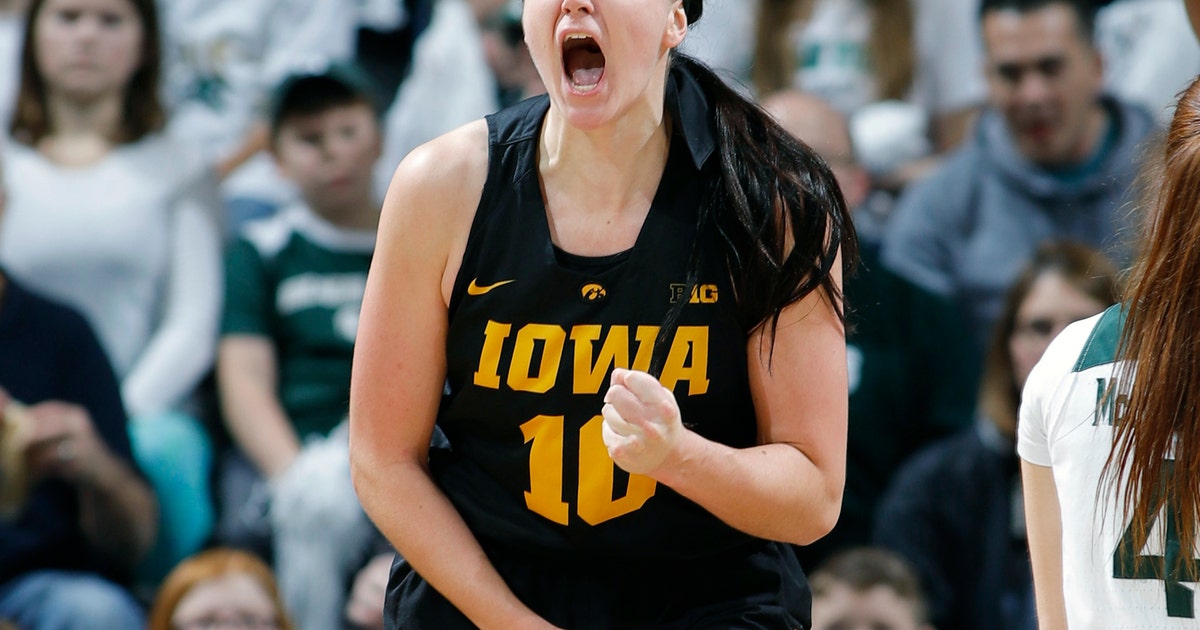 The 6-foot-3 center led the nation in scoring for the second straight season, averaging 27.9 points, and became the fourth player to reach 1,000 points in a year. On Thursday, she won The Associated Press women’s college basketball player of the year award.

Led by Gustafson, the Hawkeyes reached the Elite Eight for the first time since 1993. That season, coach Kim Mulkey and Baylor ended their season.

Gustafson set an NCAA record this season with 412 field goals. She tied the mark for double-doubles with 33. She shot 69.7 percent from the field this season and finished her career by making nearly 66 percent of her shots.

The Iowa staff surprised Gustafson that she had won the award by slipping in a note while she was reading letters from fans.

“I was not expecting it at all. I love my coaches and they’ve been so supportive of me,” Gustafson said. “It’s been an incredible ride. I’m in a little bit in shock right now, really excited to have represented Iowa.”

She received 15 votes Thursday from the 28-member national media panel that selects the weekly AP rankings. Voting was done before the NCAA Tournament.

Mulkey received 17 votes while Wes Moore of North Carolina State and Vic Schaefer of Mississippi State each received five and Bluder one.

“Listen, any award that I receive, you know good and well that goes back to the kids you coach, period,” Mulkey said. “We are only as good as those kids on that floor, and I’ve been blessed to coach numerous great players. And I would trade any award for every one of them to experience a national championship. Let’s get that straight.

“But at the end of the day, that award brings recognition to the program, to the players, and to the school first. And what it does for me, it just gathers dust that I have to get a little cloth and dust off. But I’m humbled. It can go to so many people. You just want to be relevant, and you want to just give these kids an opportunity to experience a Final Four and a national championship.”

Mulkey said she’s grown as a coach since her last trip to the Final Four in 2012.

“You know when to laugh more, and you know to cut up with them more, and when to be serious,” she said. “It’s your job as a coach to figure out those personalities and what motivates them, and make sure that you’ve got great leadership in that locker room.”