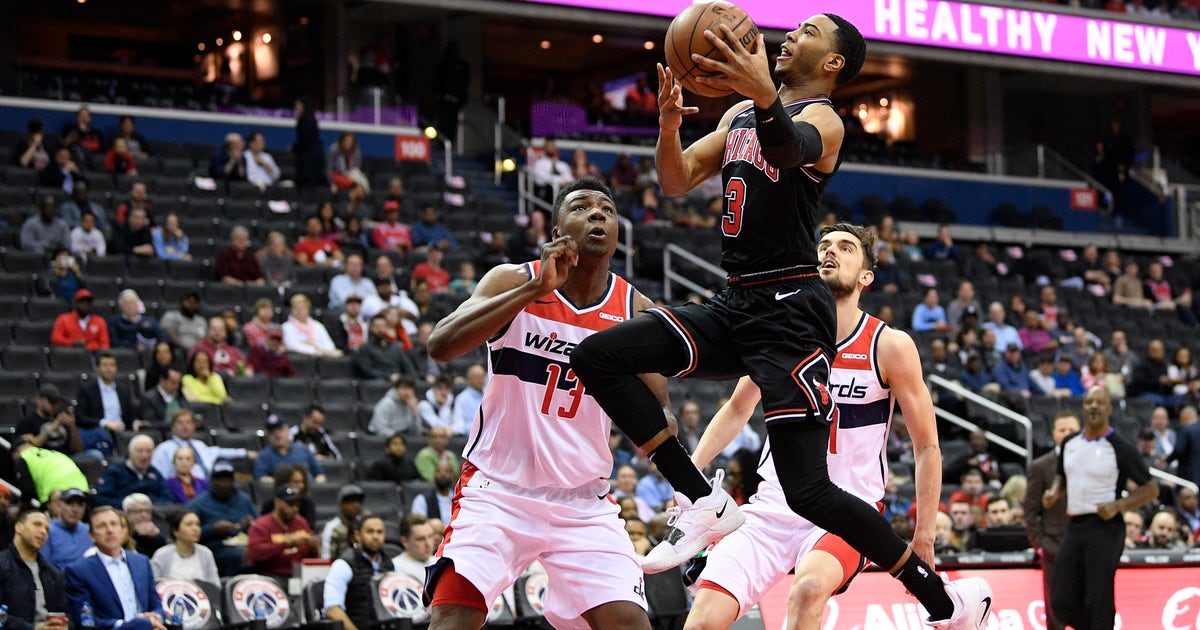 WASHINGTON (AP) — Walt Lemon Jr. scored a career-high 24 points, including two free throws with 1.8 seconds to play, to help the Chicago Bulls snap a five-game losing streak with a 115-114 victory over the Washington Wizards on Wednesday night.

Lemon, in just his third game with Chicago, was one of seven Bulls in double figures in the matchup of teams whose seasons will end without a playoff appearance.

The Wizards played their first game since Ernie Grunfeld was fired as team president after 16 seasons on Tuesday.

Chicago trailed by as many as eight in the fourth quarter, but took a 113-112 lead on Lemon’s layup with 30 seconds to play. Chasson Randle hit two free throws with 12.7 seconds to play to give Washington a 114-113 lead.

Bulls: G Kris Dunn (back) was out for the fifth straight game. Coach Jim Boylen hopes Dunn can stay healthy for the 2019-20 season. “Next year starts today,” Boylen has told Dunn and the other players. “It doesn’t start next year.” … F Otto Porter has been out for eight straight games with a strained right rotator cuff. It was the first time Porter, who was traded from Washington, had returned since the Feb. 6 trade. A video tribute was played in the first quarter.

Wizards: Beal became the first player in franchise history with 2,000 points, 400 rebounds and 400 assists in a season. … F Jabari Parker suffered a strained left knee in the second quarter and did not return. … Coach Scott Brooks said that hearing the news that Grunfeld had been was difficult. “I don’t take lightly somebody losing their job,” Brooks said. “You understand that, and you move on. That’s what we have to do.” … F Jeff Green did not play for the third straight game. “There’s only so many minutes you can give guys and Jeff has had a good year for us,” Brooks said. “I want to see a few other guys. … He’s going to play another game or two.”